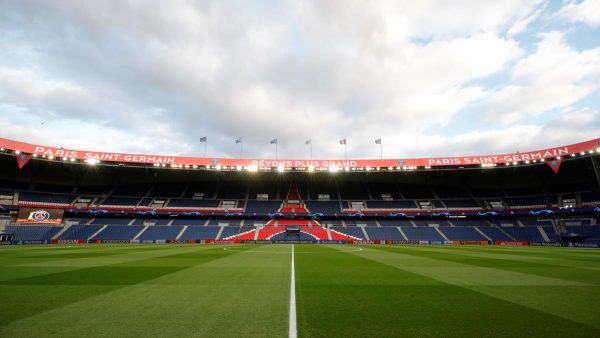 First French football club to join the “Sports for Climate Action” program of the UNFCCC (United Nations Framework Convention on Climate Change), the United Nations agency responsible for climate and the environment, Paris Saint-Germain is making a strong commitment to tackling climate change.

With the signature of this agreement by its President Nasser Nasser Al-Khelaïfi, Paris Saint-Germain is reasserting its environmental convictions and its desire to help the planet and its children, and to fight global warming.

By signing up to this programme, the club has decided to support a collaborative method tried and tested by the UN’s international environmental experts. Over the last two years, Paris Saint-Germain has undertaken numerous environmental initiatives. Thanks to the UN’s environmental experts’ recommendations, the club intends to strengthen the positive impact of the measures taken and improve its action in terms of sustainable development. These recommendations will also enable it to implement new concrete measures to further and more rapidly reduce its footprint on the planet.

Nasser Al-Khelaïfi, Chairman and CEO of Paris Saint-Germain, announced: “This is an important moment for Paris Saint-Germain. By signing up to the UN’s ‘Sports for Climate Action’ programme, we are starting a new chapter in our commitment to protecting the planet. With everyone’s help and the experts’ advice, we want to better structure the eco-friendly initiatives we have rolled out in recent years, to make them more efficient so that we can tackle climate change. There is so much left to do but we are on the right track. Paris Saint-Germain is taking responsibility and will involve its 100 million fans worldwide so that we can all push forward to a sustainable future, together.”

Lindita Xhaferi-Salihu, Sports for Climate Action Lead from the UN Climate Change, added: “The beauty of this initiative is that all sports compete in the same league: The Climate Action League. Not all signatories start from the same starting line, but they all have the same finish line. We’re excited to welcome Paris Saint-Germain to ‘Sports for Climate Action’ as they commit to reduce their climate impact in line with science and to bring athletes, fans and their community along in this journey. We hope that the rest of French football will follow suit.”

In recent years, Paris Saint-Germain has taken steps towards adopting a more eco-responsible approach with ambitious objectives. The club decided to stop using disposable plastic in all of its facilities between now and the end of the season and is rolling out a waste sorting policy on all of its 9 sites. Almost 6 tons of waste have already been recycled at the club’s headquarters since May 2020. The club has used the Parc des Princes as an environmental laboratory by fighting against food waste with its partner charities or heading towards energy self-sufficiency by installing solar panels to power the kitchens in the Parc des Princes. The beehives and collaborative vegetable garden set up in the stadium are part of a programme to preserve and restore biodiversity, which is already being used to raise awareness among local schoolchildren. Finally, Paris Saint-Germain has made environmental excellence one of the priorities of its future Training Center, which is currently being built in Poissy.

Recognised across the globe as the new generation’s number one club, Paris Saint-Germain is keen to be part of the mass movement to save the planet, which is driven by young people all over the world. In the Sport for Climate Action programme, Paris Saint-Germain joins other major stakeholders from the world of sport, such as FIFA, UEFA and Paris 2024.