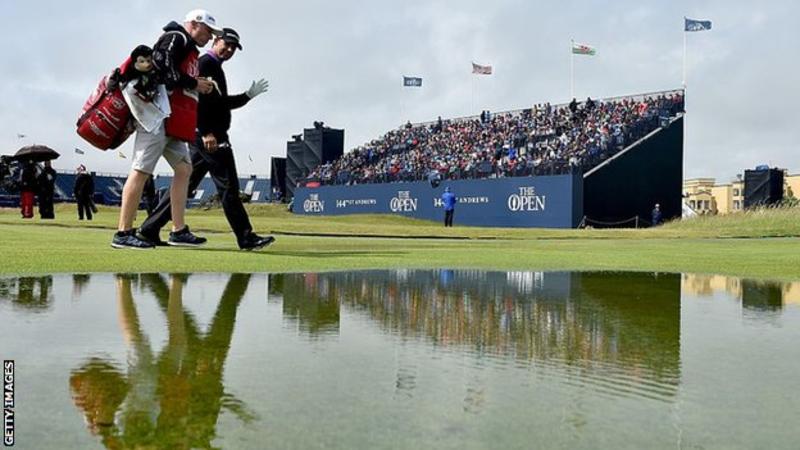 Open Championship venues such as St Andrews and Royal Troon could be under water by the end of the century if sea levels rise even slightly as a result of climate change, according to a new report.

The Climate Coalition says golf, football and cricket face an “unexpected threat”, with cricket to be the “hardest hit”.

It adds that rising winter temperatures mean the Scottish skiing industry could collapse within 50 years.

The report says six of the UK’s seven wettest years on record have occurred since 2000, with cricket’s County Championship already losing thousands of overs every season.

“Climate change is already impacting our ability to play and watch the sports we love,” said the report, adding that extreme weather is a factor in declining participation and lost revenue.

The report says “only a small increase in sea-level rise would imperil all of the world’s links courses before the end of the century”.

The Open is the only one of golf’s majors played in the UK and is hosted on links courses, including – as well at St Andrews and Royal Troon – Royal Birkdale, Hoylake, Royal Lytham & St Annes, Muirfield, Sandwich, Turnberry, Portrush and 2018 venue Carnoustie.

It adds that “more than 450 years of golfing history” at Montrose, one of the five oldest courses in the world, is at risk of being washed away by rising seas and coastal erosion linked to climate change.

Research published by Dundee University in 2016 showed the North Sea has crept 70 metres towards Montrose within the past 30 years.