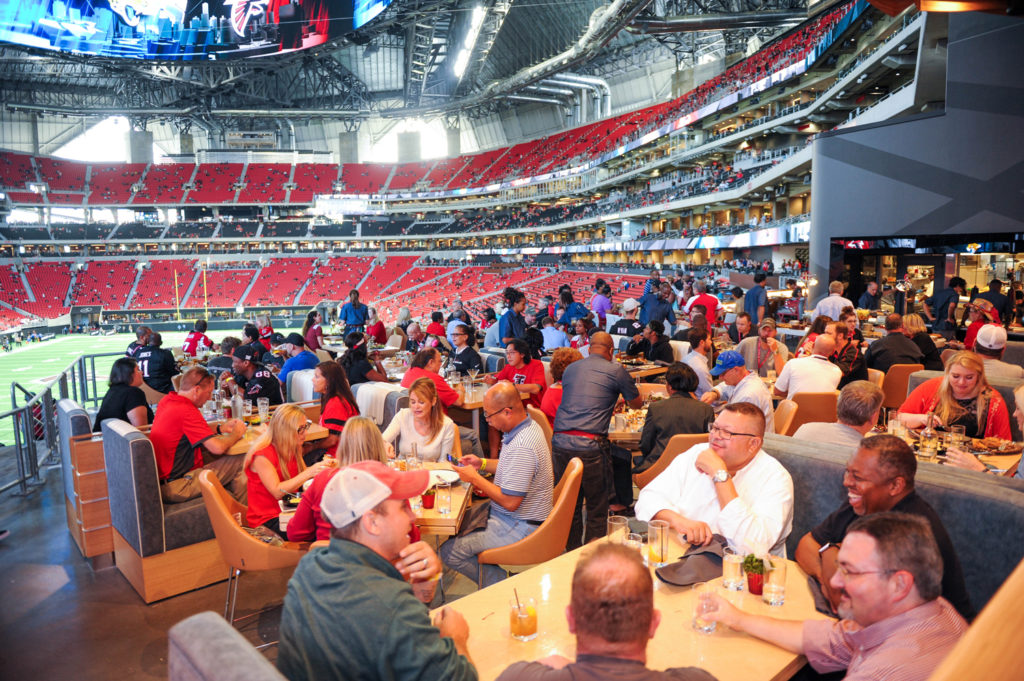 When Mercedes-Benz Stadium became the new home of the NFL’s Atlanta Falcons and MLS side Atlanta United in 2017, not only did it showcase a ground-breaking design, it also introduced a novel food and beverage initiative to raise fan satisfaction.

In 2017 Mercedes-Benz Stadium (MBS) in Atlanta, Georgia, USA, became the new home of the NFL’s Atlanta Falcons and MLS side Atlanta United. Not only did the US$1.6bn stadium showcase ground-breaking design such as its retractable roof, but a novel food and beverage initiative was introduced in an effort to raise fan satisfaction.

Fan First pricing saw the cost of favorite items slashed by 50%, yet despite lowering prices the MBS witnessed average fan spend and consumption both increase and its F&B ranking from fans raise from 18th in 2016 to first in 2017. Behind the new fan fare, Mike Gomes, senior vice president of fan experience at Mercedes-Benz stadium, spoke to Stadia about how the F&B offering went down.

Tell us how the Fan First program originated …
If you look at fan feedback from research you notice that food and beverage is one of the most important factors [on game day], however we noticed the industry as a whole doesn’t perform well in terms of value, while quality and variety also isn’t great, plus fans are having to wait too long in line. This was the genesis of how we looked at food and beverage differently.

Before we ever broke ground on the new stadium we knew we wanted to introduce this. Owner and chairman Arthur Blank said, “We’re going to lower food so it’s fair for fans and family”.

So, in May 2016 we announced Fan First pricing where fan favorite food items would be sold at different prices: US$2 for hotdogs, pretzels, fries, and pizza, a US$2 refillable soda – more than a 50% decrease in prices from the Georgia Dome and more than 50% less than other stadiums charge.

How did the fans react?
We’re seeing a much higher consumption model. By the end of the first quarter of an NFL game we’re seeing as much consumption as we used to see in a total game at the Georgia Dome. That’s approximately 140,000 units of food and beverage. Fans are buying more.

Whereas before fans would have to choose between this or that, now they can [buy] this and that. At the end of our first NFL and soccer season [at the stadium] we are number one in the league in all of the important metrics: food and beverage, quality, variety, speed of service, and value – so the fans have reacted very positively.