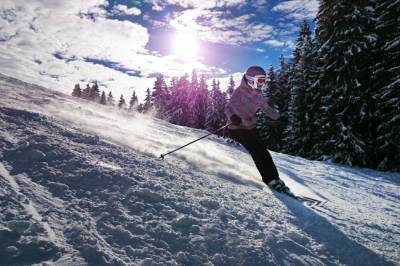 Norwegian researchers are developing a machine capable of simultaneously producing snow and heating homes, in a bid to save winter sports from the impacts of climate change.

Globally, ski resorts are becoming increasingly dependent on expensive and environmentally damaging snow-making machines due to the warming climate.

These machines can only operate if the surrounding air temperature is below freezing, leaving many low-lying resorts abandoned.

Researchers at SINTEF, Scandinavia’s largest independent research institute, and at the Norwegian University of Science and Technology (NTNU) believe that an adaptation of the technology used in domestic fridges and freezers can solve this problem.

As one of Norway’s most popular sports – as well as a form of transportation during the winter months – it is hoped that these new machines that can produce snow in addition to heating homes, will protect the sport from rising temperatures.

The project is supported by a 2.3 million krone ($300,000) grant from the Norwegian Ministry of Culture which argues that skiing is engrained in the country’s culture.

Petter Nekså, Energy Research Scientist at SINTEF, said: “At higher temperatures, you need a refrigeration plant to make snow. The advantage is that this process is independent of air temperatures. One of the main aims of the project will be to find out how we can produce snow regardless of the outdoor temperature, and to develop energy-efficient ways of doing it.”