By USL League One 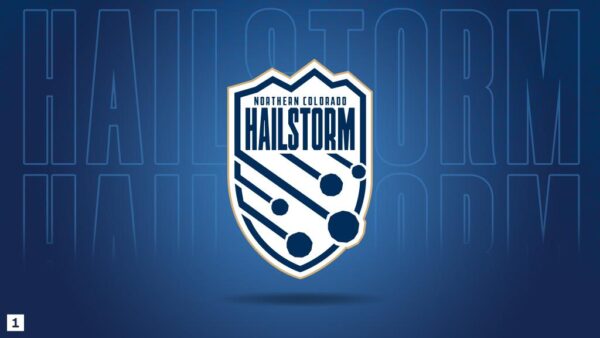 WINDSOR, Colo. – After being announced as a USL League One expansion club on January 12, 2021 and seeking community input on its brand, Northern Colorado Hailstorm FC today unveiled its official name and logo. Hailstorm FC will begin play in League One in 2022.

“It’s a very exciting day for the Northern Colorado soccer community,” said USL President Jake Edwards. “Now that Northern Colorado Hailstorm FC has a name and a visual identity, the community can really start to get excited about their local club ahead of its first season in 2022.”

Hailstorm FC worked with leading soccer brand designer Christopher Payne, who has designed a number of crests for various teams across the United States and England.

“It was a four-month process that I’ll never forget,” said Payne. “I am extremely proud of the brand that we have created. The crest is bold and striking and has so many references to the local area. I loved collaborating with this ownership group. They have an ambitious and exciting plan for this football club and the local community, and I can’t wait to see the club on the pitch in 2022.”

The crest for Hailstorm FC includes a shield that anchors the club in football tradition while also proudly displaying features that represent the community. A mountain range sits at the peak of the crest to symbolize prominence, strength, and endurance. Hailstorm FC’s brand colors feature streamlined and classic tones of navy, tan, gray and white shades.

“This is a community that craves sports and is covered with soccer fans of all ages,” said Hailstorm FC Owner and Future Legends CEO Jeff Katofsky. “We are thrilled to be able to bring a culture of competitiveness, togetherness, and success with a brand that echoes the beauty and strength of the power of Mother Nature.”

Hailstorm FC will join USL League One as an expansion team and play against the other existing and new members of League One, with their first season kicking off in spring 2022. The complete format and schedule for the 2022 League One season will be announced when confirmed.