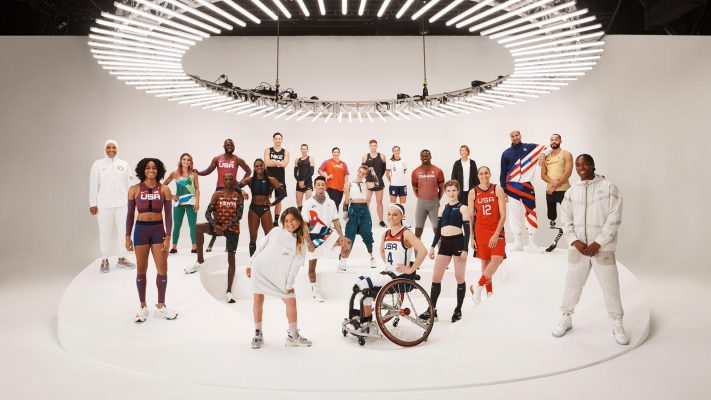 Nike emphasized sustainability when designing its national team uniforms for the 2020 Tokyo Olympics.

The clothing brand revealed its Summer Olympic kits for the United States and others Wednesday.

Phoenix Mercury star Diana Taurasi was joined by Sue Bird in modeling the fresh uniforms for the USA Basketball team. The men’s and women’s sides will share a similar white jersey, while the men have a navy alternate to red for the women.

The typography is a block “USA” on the chests. The women’s red uniforms include a neckline design that resembles the 1996 team’s style, which broke a gold-medal drought for the Americans. Six stars run down each side of the jerseys.

Nike’s debut of the kits across sports also included the reveal of the first uniforms for the national skateboarding teams, a new sport in the Summer Olympics.

The Team USA jerseys are inspired by the basketball team’s traditional jerseys. Nike also made the skateboarding uniforms for France and Brazil, which feature different neck trims based on tennis and soccer, respectively. All are created in a collaboration with Dutch artist Parra and are 100% recycled polyester.