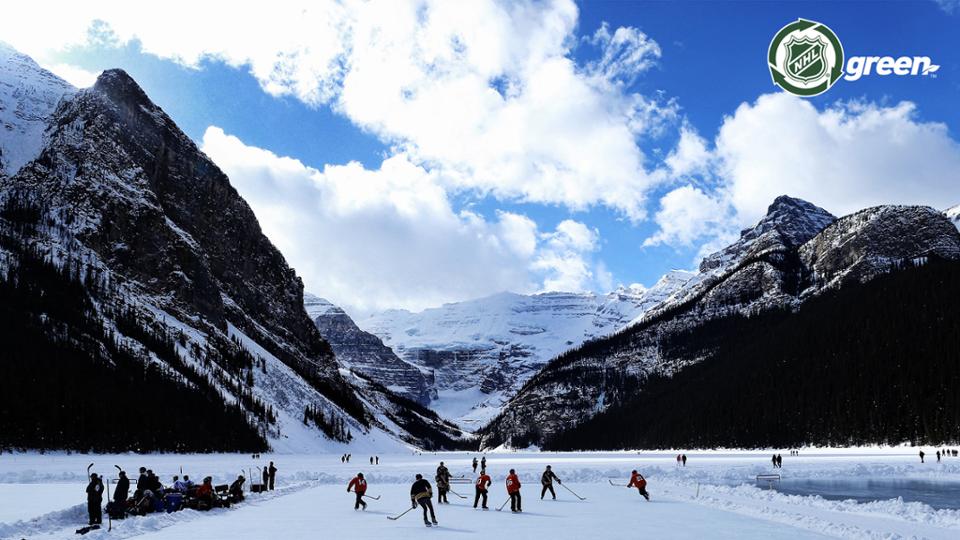 Excitement was in the air on June 1, 2011, when the NHL and the Bonneville Environmental Foundation (BEF) unveiled the NHL Water Restoration Project through NHL Green, the League’s sustainability initiative committed to improving hockey’s environmental impact. The partnership between the League and BEF, a nonprofit provider of market-based solutions designed to help businesses and organizations balance their carbon and water footprints, made the 2011 Stanley Cup Final the first water-neutral series in its history.

Since then, the League and BEF have helped restore more 70 million gallons of water to freshwater sources in North America through the Gallons for Goals program, the League’s commitment to match 1,000 gallons of water to a critically dewatered river for every goal scored. Ambitions were high, but BEF CEO Todd Reeve admitted it wasn’t to this degree. He initially didn’t recognize how influential a platform the NHL can be. But seeing League representatives such as Omar Mitchell, vice president of corporate and social responsibility for NHL Green, resonate with others while speaking about the initiative, struck a chord.

“They’ve taken this to a higher level,” Reeve said. “I don’t know if that was all built in with the launch of NHL Green or that’s been an evolution of the thinking, but with our partnership with the NHL I feel like both sides have evolved and the NHL’s ability to articulate the value propositions and need of opportunity around water has been really, really strong — far beyond what I imagined it might be.

“I think the NHL has done a better job than almost any company I’ve seen talk about it, of really making that value proposition. In that sense I think it’s evolved into much more of a sophisticated messaging platform than we ever anticipated when we first started working together in a very small way.”