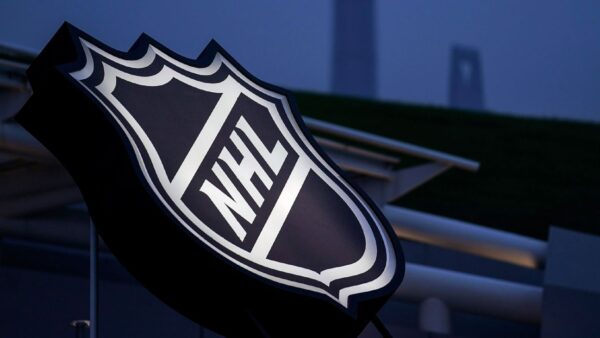 The NHL laid out a comprehensive plan on Thursday to “fight against racism” and issue “the mandate to make our sport and our league more welcoming and inclusive.”

Among several initiatives, the NHL and NHL Players’ Association have planned mandatory inclusion and diversity training for all players during training camp for the 2020-21 season. League employees will have their own inclusion training, led by Bill Proudman from White Men as Full Diversity Partners.

The league also formed an Executive Inclusion Council, co-chaired by Sabres owner Kim Pegula and NHL commissioner Gary Bettman, as well as three other committees. The Player Inclusion Committee is co-chaired by Devils defenseman P.K. Subban and NBC analyst Anson Carter, and will include current and former NHL players as well as women’s national team players. The Fan Inclusion Committee and Youth Hockey Inclusion Committee “will each develop action-oriented solutions that positively impact the access, opportunity and experiences that underrepresented groups have in the game — and in the business — of hockey.”

“Under the leadership of NHL Senior Executive Vice President of Social Impact, Growth Initiatives & Legislative Affairs Kim Davis, the League’s longstanding work in these areas has been refocused over the last three years and accelerated over the last six months,” Bettman said in a statement. “The initiatives we are announcing today are the result of that recommitment to making the NHL more inclusive and welcoming — and to using the privilege of our platform to fight racism.”

The NHL is a predominantly white league. In January, Davis told WDET in Detroit that 43 players of color appeared in a game this season — which represents about 5% of players in the league.

In June, several prominent BIPOC players in the league formed the Hockey Diversity Alliance (HDA), whose mission is “to eradicate racism in hockey at all levels.” Members of the HDA were instrumental in holding conversations with players in the bubble, persuading them to take a two-day pause from the playoffs last month in solidarity with other sports leagues protesting racial injustice and police brutality.

On Thursday, the NHL and NHLPA announced they would work with the HDA to establish a “first-of-its-kind grassroots hockey development program” that would provide mentorship and skill development for BIPOC boys and girls in the Toronto area. The NHL said it would look to pursue a similar pilot program in the United States.

Avalanche center Nazem Kadri, a member of the HDA, said he was able to review the NHL’s plan earlier Thursday.

“That’s definitely a step in the right direction,” Kadri said. “Being a part of the HDA, we tried to lay out certain policies and initiatives that affect the grassroots program and the whole education process. One of the first things we need to do is start educating the youth, the players, the staff. So it’s certainly a step in the right direction.”

The HDA had asked the NHL on July 14 to sign an eight-point pledge, asking for specific policies and items of support. Some of the requests — like anti-racism education — were covered by policy released on Thursday. Others weren’t covered as specifically as they were in the pledge: The HDA suggested percentage targets to be established on the hiring of black executives and hockey and non-hockey personnel, as well as ensuring that 10% of all the league’s procurement expenditure for the 2020-21 season come from Black-owned or operated suppliers. The league’s policy mentions working to establish hiring targets “on a realistic timetable while commissioning an outside audit of these efforts” and “building a more diverse business pipeline.”

A few action items from the HDA pledge weren’t addressed by the policy at all, including “a zero-tolerance policy towards racial discrimination and abuse” and a promise not to “support, partner with or accept support from any organization that has engaged in, promoted or failed to appropriately respond to racist conduct in their organization.”

The NHL also said it plans to collaborate with two nonpartisan organizations focused on voter education and increased voter participation in the U.S. that will connect with teams as appropriate. The league said it will designate 2020 U.S. Election Day and future general election days in both Canada and the United States as companywide off days.