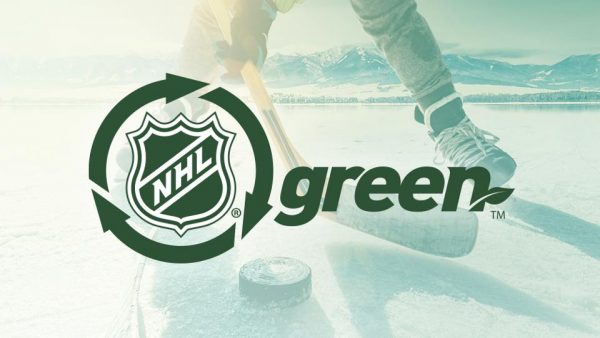 NEW YORK/TORONTO – The National Hockey League (NHL®) today announced it will make an investment in water improvement projects in the two NHL cities that advance to the Stanley Cup® Final this postseason. The investment is to commemorate Earth Day and to celebrate the 10th anniversary of NHL Green’s Water Restoration Program.

The water improvement projects are supported by Bonneville Environmental Foundation (BEF), a nonprofit organization and NHL partner. The projects will aim to best service the unique needs of each of the two communities and could include waterway clean-up efforts, watershed protection to minimize soil erosion, or enhancing marine biodiversity in local waters.

Launched in 2011, NHL Green’s Water Restoration Program first balanced the League’s water footprint by making the 2011 Stanley Cup® Final the first water-neutral series in history. Over the past 10 years, the Water Restoration Program has helped to restore streamflow to Oregon’s Deschutes River and restore water to the Colorado River Basin. In total, the program has balanced more than 88 million gallons of water by funding programs to ensure healthy, flowing freshwater to crucial waterways in North America.

Across North America, NHL teams continue to prioritize the reduction of water consumption. All 31 NHL arenas dispose of the ice in an ecologically sensitive manner at the end of each season. Nearly every building has water efficient technologies to reduce water usage; more than 80% of arenas use touchless water faucet fixtures in restrooms; 65% use touchless urinals and 55% use touchless toilets. Nearly one-half of NHL arenas use state-of-the-art systems to purify the water used to create ice sheets, and about one-third of our arenas use advanced technologies to maintain their ice sheets efficiently. The newest arena, Climate Pledge Arena in Seattle, which will open this fall, is an ecologically innovative example for buildings around the world. The arena’s ‘Rain to Rink’ system captures rainwater, then filters and purifies it to create a ‘green’ sheet of ice.

These technologies and innovations have become standard practice in new arena design. Since 2010, five new NHL arenas have been built and all have achieved Leadership in Energy and Environmental Design (LEED) certification, which prioritizes sustainable venue design.

The NHL’s commitment to sustainable water is also at the grassroots level via its NHL Greener Rinks™ initiative, which supports nearly 4,800 indoor ice rinks across North America. Since 2016, the initiative has been measuring and evaluating the environmental impact of community rinks, helping rink operators make sustainable business decisions to reduce their environmental footprint, as well as reduce energy and operating costs. These small changes result in increased savings which benefits the community and helps keep more community rinks operational.

Since its launch in 2010, NHL Green™ has been committed to promoting green business practices across the League as well as preserving the environment. In 2014 the NHL released the 2014 NHL Sustainability Report, the first document of its kind produced by a major sports league in North America. Four years later the NHL released the 2018 NHL Sustainability Report, assessing the League’s environmental impact and its commitment to ensure all levels of hockey – on frozen ponds, community rinks, or in-arena – thrive for future generations. Visit NHL.com/Green for more.