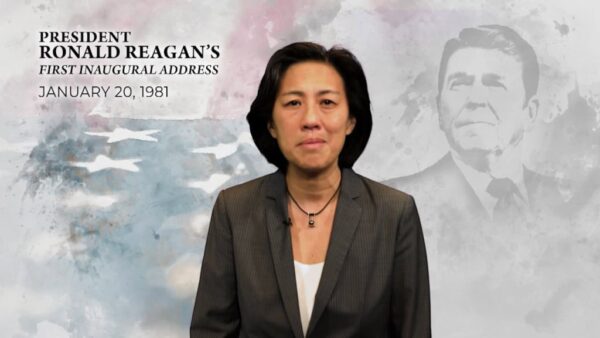 Ng, along with a handful of others including basketball legend Kareem Abdul-Jabbar, helped kick off the evening by reading excerpts from previous inaugural addresses. Ng shared words from Ronald Reagan’s first inaugural address on Jan. 20, 1981.

“To a few of us here today, this is a solemn and most momentous occasion,” Ng recited. “And yet, in the history of our nation, it is a commonplace occurrence. The orderly transfer of authority as called for in the Constitution routinely takes place as it has for almost two centuries, and few of us stop to think how unique we really are. In the eyes of many in the world, this every-four-year ceremony we accept as normal is nothing less than a miracle.” 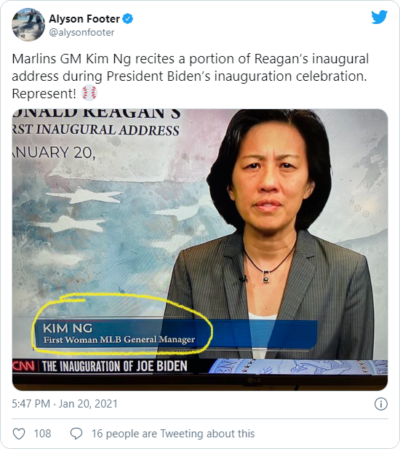 The 90-minute program aired in lieu of the usual inaugural balls that follow the day’s ceremonies. It was meant to “showcase the American people’s resilience, heroism and unified commitment to coming together as a nation to heal and rebuild,” according to a press release.

Ng, believed to be the first woman hired as a GM by any major professional men’s team in North American sports, was invited by event organizers to take part in a pre-taped segment.

“Celebrating America” was hosted by actor Tom Hanks and also featured performances from artists playing at various locations across the country.