NFL Players Unite with Ocean Conservancy for My Cause My Cleats

NFL Players Unite with Ocean Conservancy for My Cause My Cleats

Ocean Conservancy, the national ocean partner for the Miami Super Bowl Host Committee, is teaming up with six NFL players for this season’s My Cause My Cleats campaign in support of ocean health. For the fourth-annual NFL initiative, players will showcase causes that are important to them with custom cleats during this weekend’s games. The players representing Ocean Conservancy on their cleats span teams from Miami to San Francisco, including the Jacksonville Jaguars and Miami Dolphins. Ocean Conservancy’s Florida program recently released a report on the ocean challenges facing the state: Currents and Crossroads. 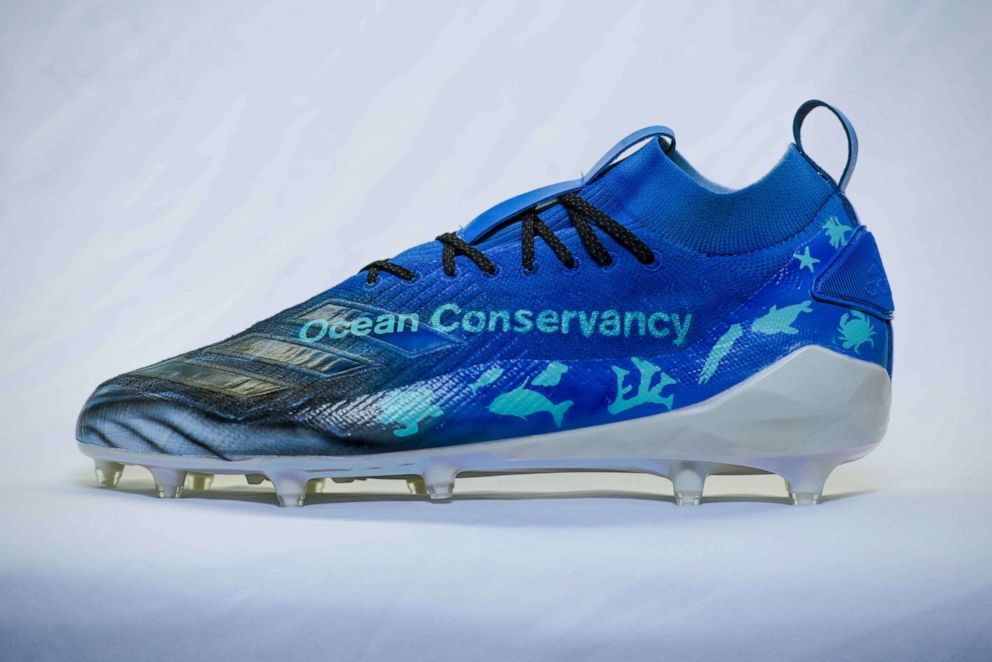 The players supporting Ocean Conservancy and a description of their cleats are as follows:

“Away from football, I love to spend time in the ocean with my family and friends. Ocean Conservancy promotes healthy and diverse ocean ecosystems and opposes practices that threaten ocean life and human life,” said Chris Conley of the Jacksonville Jaguars. “Due to my personal connection with the ocean and the great work that Ocean Conservancy does, I’m proud to represent them with my cleats.”

“Growing up in Florida, I developed a love for surfing and in turn the ocean,” said Raheem Mostert of the San Francisco 49ers. “As a father, I look forward to my son sharing that same love, but I know the only way that can happen is if we look out for our oceans. That’s the reason I have chosen Ocean Conservancy as my cause to represent on my cleats and why I am a part of #TeamOcean.”

In addition to My Cause My Cleats, Ocean Conservancy has a goal to remove and divert 54 tons of plastic and other waste from Florida’s coast and waterways as part of the Miami Super Bowl Host Committee’s Ocean to Everglades (O2E) environmental initiative. Through O2E, the Host Committee has partnered with Ocean Conservancy, The Everglades Foundation and NFL Green to create a platform for environmental events, education and sustainability efforts throughout South Florida. So far this season, Ocean Conservancy has led three cleanups, including its annual International Coastal Cleanup, the largest single-day volunteer event on behalf of the ocean; a tri-county cleanup with the Miami Dolphins in Broward, Miami-Dade and Palm Beach; and a remote, boat-based ocean cleanup in Key West where over 4,000 pounds of plastic and abandoned fishing gear was collected. Ocean Conservancy will host a super cleanup in Miami a few days before the Big Game.

“Like in all walks of life, the NFL is full of people who have a connection to water and care about the health of our ocean. We’re thrilled to partner with these six players from teams across the country for the My Cause My Cleats initiative,” said George Leonard, Chief Scientist of Ocean Conservancy. “Our ocean is under threat and through efforts like this, and our collaboration with the Miami Super Bowl Host Committee, we are able to bring more attention and action to the ocean.”

Ocean Conservancy is working with you to protect the ocean from today’s greatest global challenges. Together, we create science-based solutions for a healthy ocean and the wildlife and communities that depend on it. For more information, visit www.oceanconservancy.org, or follow us on Facebook, Twitter or Instagram.