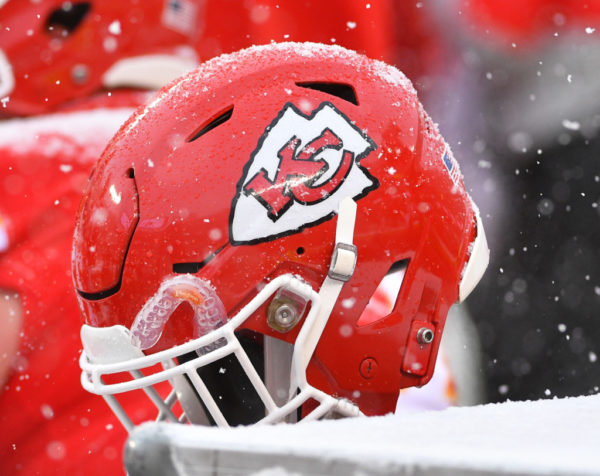 The NFL’s 1,700-plus players will likely be invited to wear helmet decals bearing the names or initials of police violence victims and systemic racism, sources told Front Office Sports.

The league office is working with the NFL Players Association to compile a list of names in time for the start of the regular seasons, which is currently scheduled to begin on September 10, said sources. The players will provide the names.

However, these on-uniform tributes would likely only appear on helmets, not jerseys, as previously thought, said sources.

George Floyd, Breonna Taylor. Eric Garner, Michael Brown, and Tamir Rice are just some of the people who are expected to be mentioned on the individual tribute decals.

The decision to wear or not wear decals will be up to individual NFL players, according to Steve Wyche, senior correspondent for NFL Network. The tributes could range from African American victims of racism to police officers slain in the line of duty.

“You might have one team with 15 different decals,” noted Wyche.

Players from a single club could act in unison to wear the same decal, he added, or find a way to salute victims from their local area.

The Minnesota Vikings, for example, could wear the initials “G.F.” in honor of Floyd, the 44-year old Black man whose death at the hands of Minneapolis cops on May 25 ignited a global debate about racial justice.

“They’re still in discussions. But this sounds like it’s going to happen,” said Wyche.

Several leagues are trying to figure out ways to allow their players to deliver social justice messages via their uniforms.

NBA players are being allowed to replace their names on the backs of the jerseys with messages about race and justice. The allowed messages include Black Lives Matter, Say Their Names, Vote, and I Can’t Breathe.

MLB is also talking with its players about incorporating “social justice elements” into the game, according to Buster Olney of ESPN. But it’s still unclear whether that would result in logos on uniforms or something shared and fronted by players.

But allowing players to add personalized, political messages to their uniforms would mark a significant strategic shift by the NFL, which has a reputation as the most traditional sports league, noted Wyche.

For decades, the NFL uniform has been virtually sacrosanct. Besides the team and NFL “shield” logos, the only branding allowed was typically small logos of official uniform partners like Nike or Reebok and the American flag. The goal has been to create and maintain a standardized look for all 32 teams.

On rare occasions, the NFL has employed helmet decals or patches to salute former players or owners who’ve passed away. Or branches of the U.S. Armed Forces during the annual “Salute to Service” in November. But the NFL uniform has been mostly out-of-bounds when it comes to outside messaging.

The NFL, for instance, prohibited the Dallas Cowboys from adding decals to their helmets in remembrance of five police officers killed in 2016. The league only allowed the team to wear the decals during training camp.

Meanwhile, the $15 billion league also employs ex-players as so-called ‘uniform cops.’ These uniform inspectors patrol the sidelines, looking for the slightest violations by players of the league’s apparel and equipment guidelines.

Utilizing player uniforms as an advertising canvas has become a lucrative new revenue opportunity for leagues and teams. While NBA and WNBA teams as well as soccer teams sell advertising patches on their uniforms, the NFL has not shown much interest so far.

The NBA’s 30 teams now generate up to $150 million a year from uniform ads. Major League Baseball is considering selling uniform ads for the 2020 and 2021 seasons.

The Undefeated’s Jason Reid first reported the NFL was weighing a wide array of initiatives to recognize victims of police violence this season, ranging from uniform patches and decals to playing “Lift Ev’ry Voice and Sing” before Week 1 games.

Separately, the NFL will likely invite players and coaches to follow the example of Colin Kaepernick and take a knee for social justice this season.

NFL Commissioner Roger Goodell posted a video in June admitting the league was “wrong” for not listening to players’ peaceful protests earlier.

In a statement, the NFL also pledged to spend $250 million over the next decade to “combat systemic racism and support the battle against the ongoing and historic injustices faced by African-Americans.”

The NFL declined to comment for this story. A spokesperson for the NFLPA could not be reached.