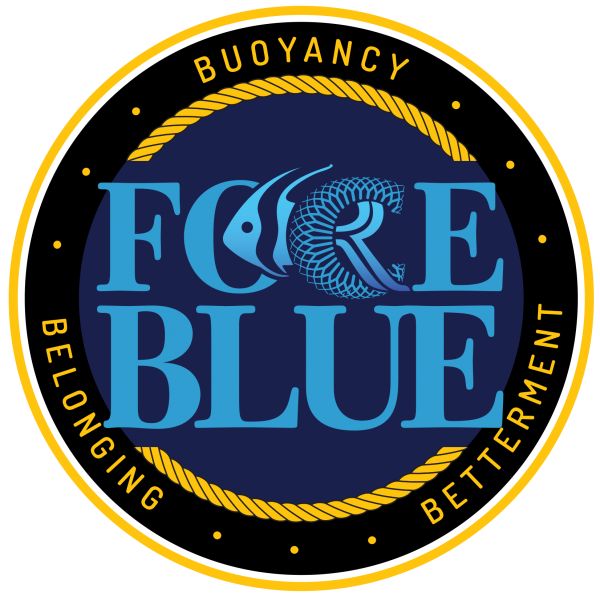 CLEVELAND– April 12, 2021 – The world premiere of 100 Yards of Hope, a documentary about the unique Super Bowl restoration of a football field-sized coral reef, will debut during NFL Draft week in Cleveland, the host city of this year’s Draft. The film features the work of FORCE BLUE, a team of retired Special Operations military divers dedicated to saving America’s only barrier coral reef. NFL Green teamed up with FORCE BLUE, scientists, natural resource managers and NFL partners who came together to save a portion of the reef off the coast of Miami and lay the groundwork for future coral restoration worldwide. The Greater Cleveland Aquarium will host the world premiere virtually on Tuesday, April 27, 2021 at 10:00 a.m. EDT.

Those who are interested in watching the world premiere can register to receive the link to watch for free on the Greater Cleveland Aquarium’s 100 Yards of Hope webpage.

Students from the Cleveland area will be featured following the premiere as they direct questions to marine scientist Dalton Hesley and former Navy SEAL Steve “Gonzo” Gonzalez. Schools who register for the premiere will also receive coral education learning links and the chance to win a Greater Cleveland Aquarium virtual field trip for a future date.

The National Oceanic and Atmospheric Administration’s Coral Reef Conservation Program (NOAA CRCP) worked with FORCE BLUE and provided funding for the creation of the 100 Yards of Hope documentary to increase awareness of the threat to coral reefs and this unique collaboration to address it.

“We are so honored to work with FORCE BLUE and NFL Green on 100 Yards of Hope. Innovative partnerships among scientists, military veteran divers, government and philanthropic groups help our coral reefs and teach us an important lesson about restoration, recovery and resilience,” said Jennifer Koss, NOAA CRCP Director. The restoration effort began around Super Bowl LIV in Miami. NFL Green looks to implement community greening projects like tree plantings and community garden builds around NFL tentpole events to help address local environmental issues and leave a positive legacy in the communities hosting these events. Florida’s Coral Reef, like reefs around the world, is under threat. The ocean is becoming too warm, too acidic and polluted for coral to thrive and about 90% of coral has already been lost. That’s significant because coral reefs serve a valuable function in supporting overall ocean health. Many fish begin their lives there. Coral reefs slow harmful waves and storm surges, protecting our coastal communities from flooding and shoreline erosion while providing opportunities for recreation, education and medical research.

For Super Bowl LIV in Miami, NFL Green teamed up with scientists from the University of Miami’s Rosenstiel School of Marine and Atmospheric Science and its Rescue a Reef program, retired Special Ops combat divers from FORCE BLUE, researchers from the Phillip and Patricia Frost Museum of Science, managers from the Florida Department of Environmental Protection (DEP) and NFL partner Verizon to plant 100 corals in honor of the NFL’s 100th season. The corals thrived and eventually spawned, proving the vitality of the reef.

With seed funding from DEP and under the direction of FORCE BLUE, the project was expanded for Super Bowl LV in Tampa to become 100 Yards of Hope, a football field-sized coral restoration project. The Tampa Bay Super Bowl LV Host Committee and NFL partners Verizon, Castrol® and Tervis joined in to help. The Florida Aquarium in Tampa supported the effort by providing genetically diverse corals that may help unlock answers to coral resilience. The endzones and center of the field were established with coral colonies from The Florida Aquarium and staghorn corals (a threatened species) from the University of Miami’s Rescue a Reef program. Thousands of mountainous star coral larvae (another threatened species) reared by SECORE International and Frost Science were also added to the reef.

The football field-sized reef was completed recently with the addition of elkhorn coral (another threatened species) adding to the genetic diversity and complexity of the reef. In total, more than 2,000 coral colonies and tens of thousands of coral larvae were planted utilizing the best restoration techniques to accelerate the recovery of key coral species and build a blueprint for large scale coral reef restorations around the world.

FORCE BLUE filmed the unique coral restoration project as it unfolded, with the hope of sharing it with a broad audience and inspiring others to take action. The NFL Draft provides that opportunity with the premiere of 100 Yards of Hope during Draft week. The film features the restoration effort, its impact and the unprecedented partnerships that made it possible.

NFL Green, in partnership with Greater Cleveland Sports Commission, will be hosting a number of events throughout the week in Cleveland in honor of the 2021 NFL Draft. They include tree plantings, community garden builds, a waterfront cleanup and donation of food and materials from Draft events.