NFL and Verizon to Leave “Green” Legacy at 2018 Draft

NFL and Verizon to Leave “Green” Legacy at 2018 Draft 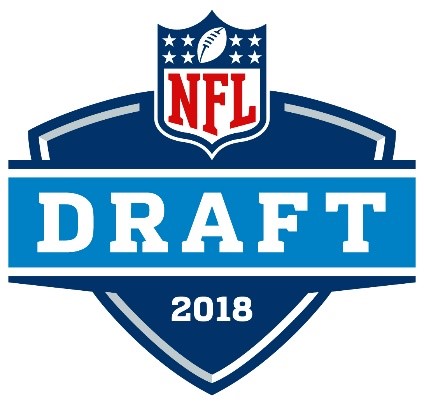 Continuing a tradition of leaving a positive green legacy in host communities, the NFL is incorporating sustainability elements and activities at the 2018 NFL Draft. Recycling, food recovery and material reuse will lighten the environmental impact of Draft activities and urban and community forestry projects will leave a permanent “green” legacy in North Texas.

At the NFL Draft Experience, located at AT&T Stadium, waste will be diverted through recycling and composting. Volunteers from nearby University of Texas at Arlington will help fans put food waste, cans and bottles in the correct containers to keep items out of local landfills. Extra prepared food from NFL events will be collected in partnership with the Tarrant Area Food Bank and the Salvation Army. This food will then be distributed to local residents in need.

Event materials including fabric, vinyl, mesh, building materials, supplies and carpeting will be collected and distributed for reuse in partnership with a local network of municipal and nonprofit agencies. Some items will be reused as is while other material will be either auctioned to raise funds or repurposed into items for sale or donation.

Three tree planting projects are being funded through grants from the NFL and NFL sponsor Verizon to leave a permanent green footprint in North Texas.

On Monday, April 23, several dozen trees will be planted at Brantley Hinshaw Park in Arlington, as part of a project coordinated with the Texas Trees Foundation. Volunteers from Verizon, local school children and Arlington Parks and Recreation employees will come together for the event. Trees will be planted along the park’s walking path to provide much-needed shade for the park’s many patrons.

On Tuesday, April 24, trees will be planted on the campus of Paul Quinn College as part of the college’s urban farm. More than three dozen fruit trees will be planted, creating a new fruit orchard on campus. As part of a project with the Texas Trees Foundation, this urban farm provides fresh produce for the entire neighborhood through weekly farmers’ markets held near the college campus. The college also has contracts with several local restaurants that participate in “farm to table” culinary activities. The farm provides training and employment opportunities for students at the college.

A final forestry project will take place in and around Bastrop State Forest – the site of one of Texas’ most destructive wildfires. A designated National Historic Landmark, nearly the entire park (96%) was destroyed in a 2011 wildfire. The NFL, Verizon and the Arbor Day Foundation will plant 1,536 trees during Draft week. The restoration project will result in six new trees for each of the 256 players who will be welcomed into the NFL during the 2018 NFL Draft.

Renewable energy certificates (RECs) will be used to “green” the electricity used to power NFL Draft activities. These RECs will be sourced from regional Texas wind farms, one of the major sources of renewable energy in the country.

The National Football League has incorporated sustainability practices and projects into the management of its events since 1993 – the first professional sports league to make environmental impact a key part of its event planning process. Verizon became the first NFL sponsor to engage in support of these projects five years ago. Through this important partnership, thousands of new trees have been planted in event host communities, and various community gardens and pollinator habitats have been created. Verizon has also joined with the NFL to collect thousands of pounds of electronic waste (e-waste) from Super Bowl host communities to help people dispose of these items responsibly.