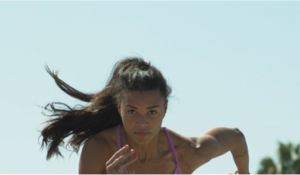 A new documentary called “The Game Changers” is out to prove that a plant-based diet is the most advantageous one for athletes — or, really, for anyone interested in improving their health.

The film, executive produced by “Titanic” and “Avatar” director James Cameron, is slated for release in fall 2018. It’s the latest signifier of the growing trend in sports in which an increasing number of athletes are choosing a plant-based diet — eschewing the traditional high-protein or high-carb diets of the past.

Everyone from Venus Williams to the defensive line of the Tennessee Titans to the NBA’s Kyrie Irving and the NFL’s Colin Kaepernick is eating plant-based diets, citing numerous health benefits as their motivations.

Several other films, such as “What the Health” and “Forks Over Knives,” also focus on the health benefits of a plant-based diet, but “The Game Changers”’ producers have a clear and somewhat new angle: It also aims to dispel myths tying manhood, virility, and strength to meat consumption.

In one section of the film, researchers conduct an experiment proving that a plant-based diet leads to stronger and more frequent erections — and it’s led to some, shall we say, firm responses.

“At our very first screening at the Sundance Film Festival, I had a long line of people who wanted to know how to start eating plant-based RIGHT NOW,” U.S. Olympian Dotsie Bausch, an athlete spotlighted in the film, says. “After seeing the film, no one wants to wait or make the transition slowly. My hope for ‘The Game Changers’ is that it jump starts this plant-based revolution.”

Bausch, the oldest Olympic competitor in her discipline, stood as a plant-based athlete on the Olympic platform at almost 40 years old. She experienced nearly immediate changes when she went vegan. “My blood flow increased, my digestion improved, my recovery time was cut in half, and I had teammates who were 10 years my junior chasing me around the track,” Bausch tells GOOD.