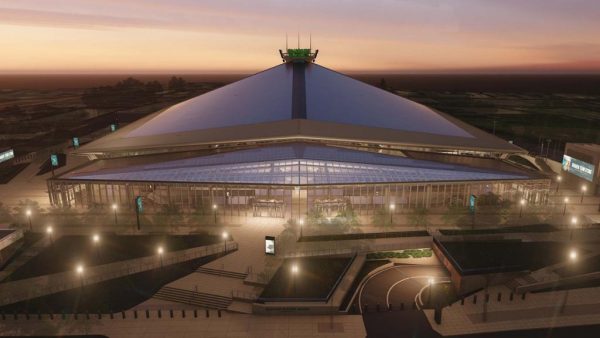 As part of the NHL Green initiative celebrating Green Month in April, NHL.com will feature stories on how the NHL is looking to grow and protect the game of hockey and its communities for generations to come. Today, how new and existing NHL arenas are combating climate change and promoting sustainability.

NHL teams and their venues are placing a greater emphasis on environmental sustainability and wellness, from existing arenas to facilities that will open next season.

In the 11th year of the NHL Green initiative, the 31 NHL teams, as well as the expansion Seattle Kraken, who will begin play next season, have taken environmental consciousness beyond improving recycling efforts and installing energy-saving LED lights as symbols of their commitment to combat climate change.

Multipurpose sports and entertainment venues like the Kraken’s aptly named Climate Pledge Arena and the New York Islanders’ UBS Arena are being designed and built with environmental impact in mind.

Existing arenas have upped their game too, from replacing fossil-fuel-powered ice resurfacing machines with electric ones, to installing solar panels and obtaining certifications to adhere to stringent health and safety measures in the age of COVID-19.

“We just think it’s good from a corporate citizenship standpoint to take this stance,” said Hank Abate, president of arena operations at UBS Arena, scheduled to open next season. “And we think, in the long run, we’d rather be the leader than a follower in this area.”

The Islanders new home has set a goal of being carbon neutral by 2024, Abate said.

“We’ll be encouraging mass carpooling,” he said. “We’ll have two train stations, one in existence, the other under construction, that will be coming in from both Grand Central [Station] and Penn Station. We’ll be utilizing electric vehicles, electric shuttles to bring folks in from various parking lots.” 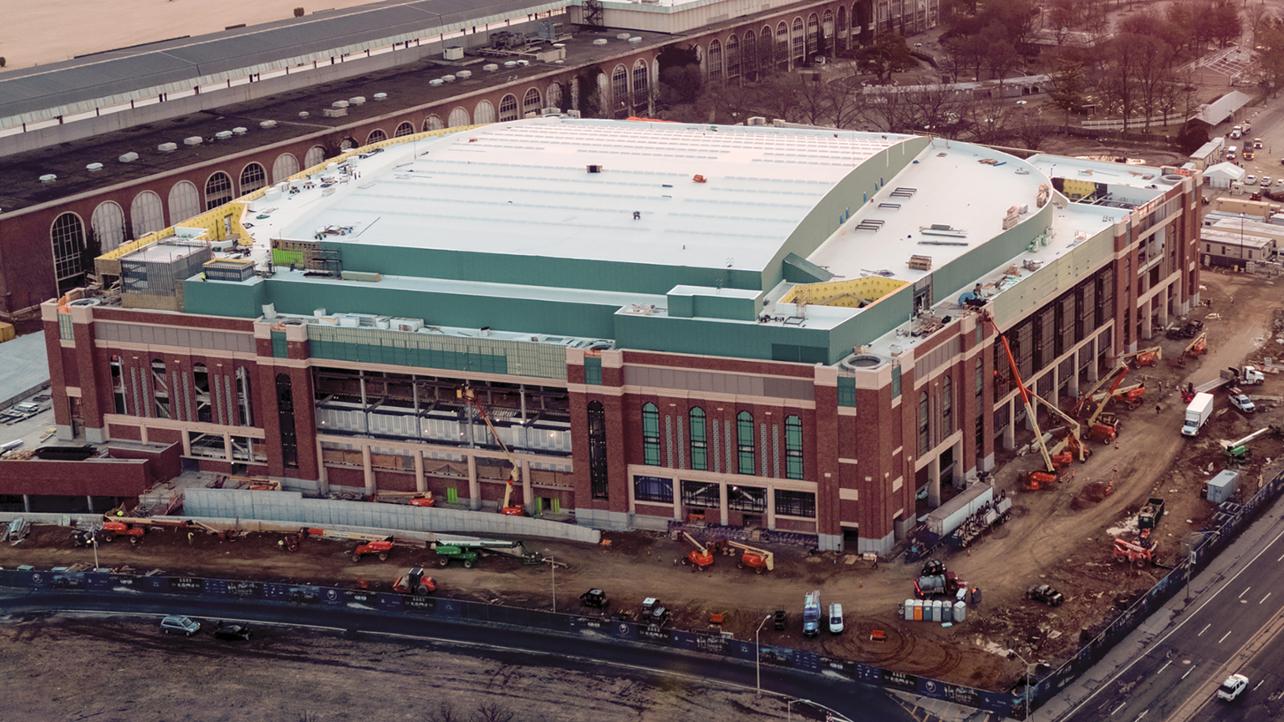 There will be 1,000 vehicle charging stations for arena patrons to use use during games or during lot operating hours.

The arena will have all LED lighting and all appliances will be Energy Star-efficient. Water consumption will be about 40 percent less than other venues through low-flow plumbing, Abate said.

In Seattle, even the ice will be green. Rainwater will be collected from a section of the new arena’s iconic roof — a holdover from the old KeyArena — and stored underground in a 15,000-gallon cistern. The water will be used to resurface the arena’s ice.

The arena will be powered by 100 percent renewable energy, said Rob Johnson, vice president of sustainability and transportation for the Kraken and Climate Pledge Arena. Mechanical systems, gas combustion engines, heating, dehumidification and cooking will all be electric.

“We’re looking at new investments with our partners at Amazon in effectively new wind and solar farms to generate the remainder of the energy and wield that back to the grid to power the arena,” Johnson said.

The Kraken are offering fans subsidized public transit to games to further reduce carbon emissions and encourage them to leave their cars behind.

“We estimated that as much as 70 percent of the building’s operating emissions would come from people and stuff coming to and from the building,” Johnson said.

The Kraken and the arena are even establishing a sustainable strategy to sourcing food. House wines and beer will come from Washington and Oregon and 75 percent of the food will come from a 300-mile radius of Climate Pledge Arena, when seasonably appropriate.

The arena seeks to leave little waste behind by eliminating non-compostable single-use plastics such as straws, food containers and single-serve condiment packaging.

The Florida Panthers and BB&T Center have focused on the arena’s impact on the environment as well as the human condition during the global coronavirus pandemic.

In December, the arena became the first in the NHL to achieve the International WELL Building Institute’s WELL Health-Safety Rating for Facility Operations and Management. 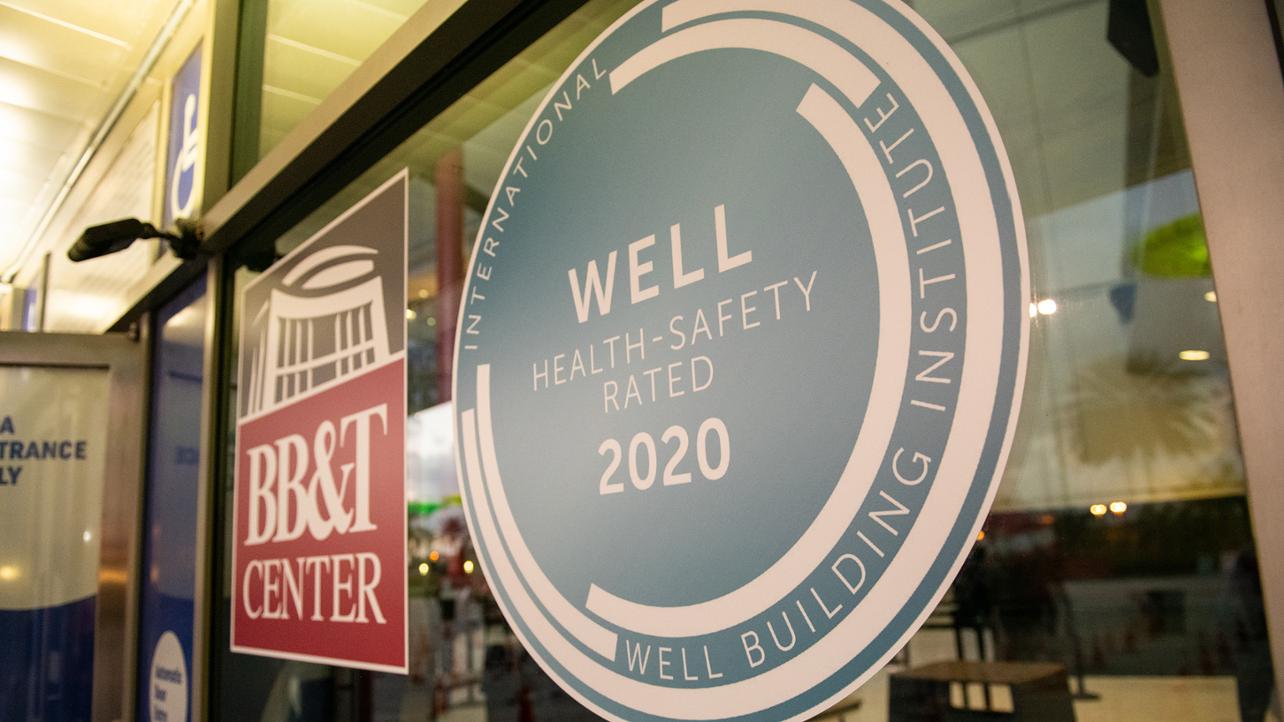 “It was something that we thought was important to bring the fans back,” BB&T Center general manager Tom Embrey said. “We want them to have that confidence. We feel that with the austere approach that we’ve taken and the amount of care and detail that we’ve put into this, that we are a far safer option than many other options within the area in terms of entertainment, or anything just in daily life.”

UBS Arena will open with a Sharecare Health Security verification for its health safety procedures. Developed by Sharecare, a digital health industry leader, and Forbes Travel Guide, the verification covers more than 360 standards across health and hygiene protocols, from cleaning procedures to ventilation to social distancing.

Some of the environmental and health efforts adopted by NHL arenas are also being implemented at practice facilities and community rinks affiliated with or owned by NHL teams.

At the Virtua Center Flyers Skate Zone in Voorhees, New Jersey, the Philadelphia Flyers’ practice site, work was recently completed on the installation of a 1.06-megawatt onsite solar system to help make the facility powered by 100 percent renewable energy. 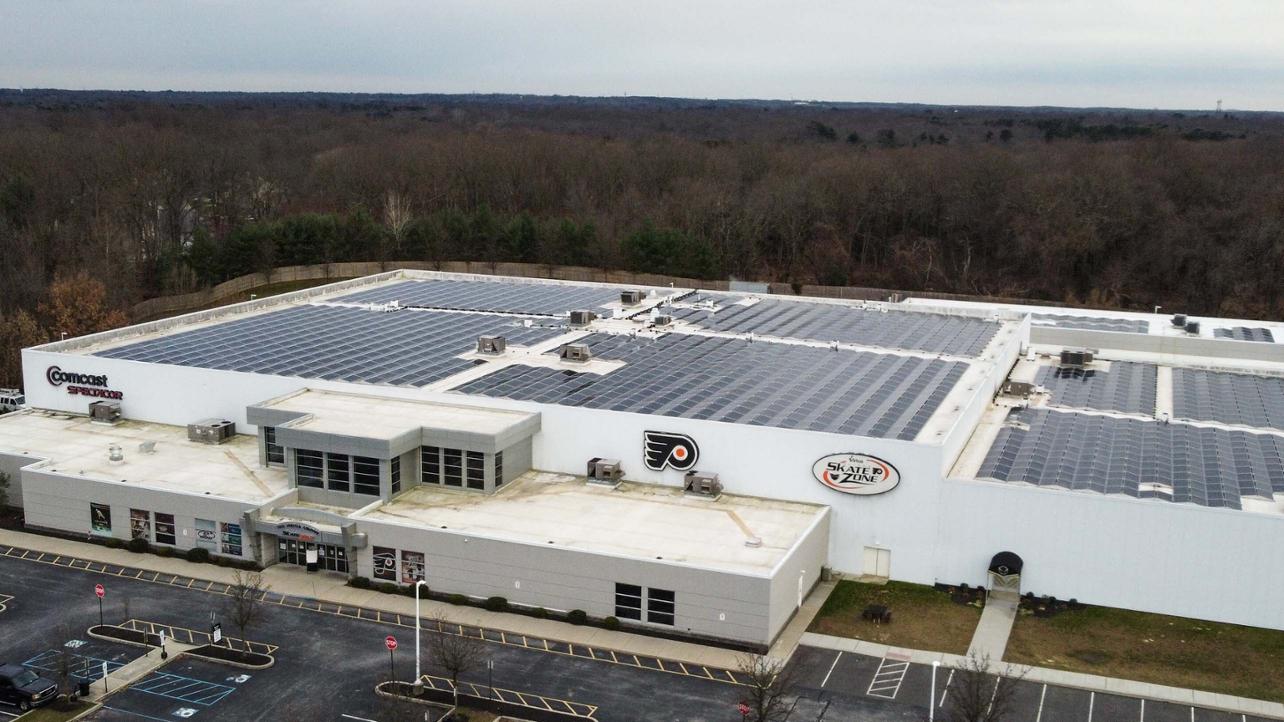 In addition, the Skate Zone replaced its propane-powered Zamboni with an electric-powered model.