Need Some Basil to Garnish Your Pizza? Come and Get It.

Need Some Basil to Garnish Your Pizza? Come and Get It. 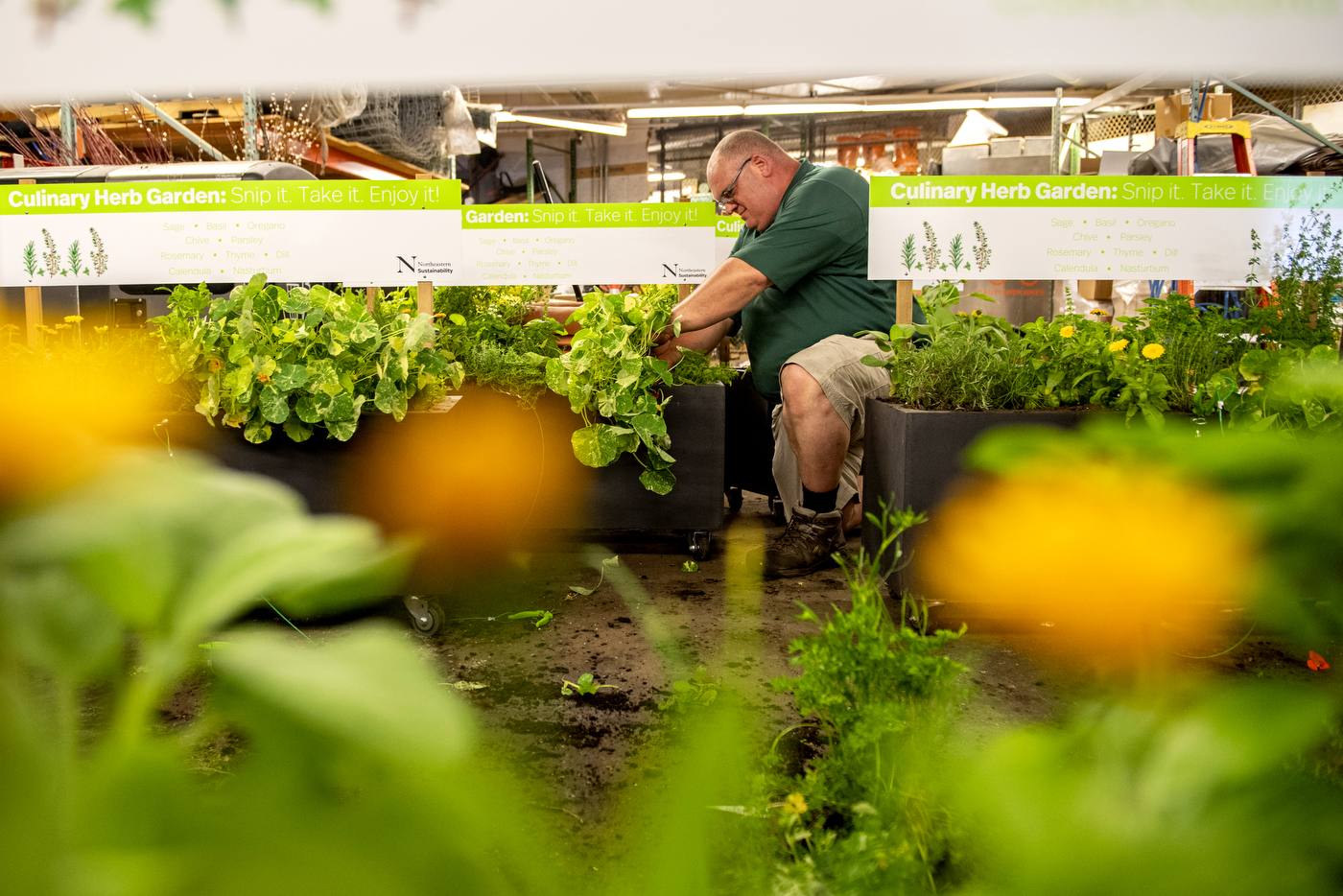 Need some basil to garnish your pizza? Or oregano to add some flavor to your tomato sauce? Now you don’t have to run to the grocery store to get what you need. Just walk to any one of eight new herb gardens located across Northeastern’s Boston campus, including gardens outside of Stetson East, International Village, and the Visitor Center, and snip the fresh herbs you want to use to cook your favorite meals.

The goal is to reduce the carbon footprint and promote healthy eating, says Chuck Doughty, who oversees landscaping for the Facilities Division at Northeastern, which installed the gardens in June.

“I always think of driving to the grocery store and the carbon footprint that’s involved,” Doughty says. “From a sustainability and a health standpoint, this cuts that out and brings it to a college campus.” Each garden contains 10 different culinary herbs, including parsley, dill, thyme, and sage, and a pair of shears for passersby to snip the ones they want. A sign posted next to each garden prompts people to “Snip it. Take it. Enjoy it.”

Doughty says all of the herbs are grown in Massachusetts using organic soil and organic fertilizer.

As a testament to their widespread appeal, the gardens have already had to be replanted “two or three times,” he says.

“This is a nice community effort,” says Doughty, who added that Maria Cimilluca, vice president of facilities at Northeastern, came up with the idea for the herb gardens. “We just want people to enjoy the grounds and share it.”