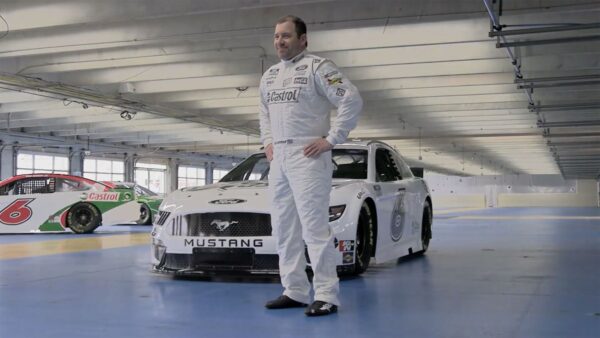 At NASCAR races, cars can top 200 mph as they speed around the track.

This gas-powered sport is an unlikely candidate for climate action. But one racing team is reducing or offsetting its carbon pollution.

So although the racecars still run on gas, Newmark’s team began using electric or hybrid vehicles off the track. It consolidated its offices and made them more energy efficient.

The emissions the team could not reduce are offset by buying carbon credits that fund hydropower projects.

Newmark says that to highlight these efforts, the team raced an all-white car at Daytona last year to symbolize carbon neutrality: “which is unusual to say the least for our industry,” he says, “when usually every car has, you know, all sorts of colors that pop and jump out at you.”

So Newmark hopes his team can inspire the industry and its fans to reduce their carbon footprints, too.