It is often influences from outside a field of work that make the greatest contributions to its progress. Seat belts were invented by a neurosurgeon, not an automotive engineer. Darwin was trained as a minister, not a geneticist. Sir Isaac Newtown was trained as a mathematician, not a physicist. Steve Jobs was not trained as a computer scientist.

So it seems right now with the movement to build environmental literacy throughout American culture. Climate scientists are under attack from politicians and are not trusted by a surprisingly large percentage of US citizens: According to a poll performed by Pew Public Opinion Research earlier this year, while 87 percent of scientists believe that climate change is caused by human activity, only 50 percent of US citizens think so, a 37 percent gap.

Science is not just another opinion. Consequently, the lack of faith in climate science among US citizens is worrisome given the urgent need for us all to come together to address it.

So how do we more effectively disseminate environmental literacy to the masses? Everything contains its opposite, and this is where NASCAR comes in when it comes to environmental education.

I have worked on environmental issues for 35 years and had anyone told me decades ago that NASCAR was going to play an important role in cultivating allies in support of responsible environmental stewardship, I would have thought they were not serious. Throughout my career in environmental research and advocacy I have worked with the world’s most influential environmental advocacy groups trying to cultivate allies, both traditional allies and non-traditional allies, in support of our mission. And now, confirming that everything contains it opposite, I a proud to report that NASCAR has partnered with the Green Sports Alliance to spread the word about responsible environmental stewardship. 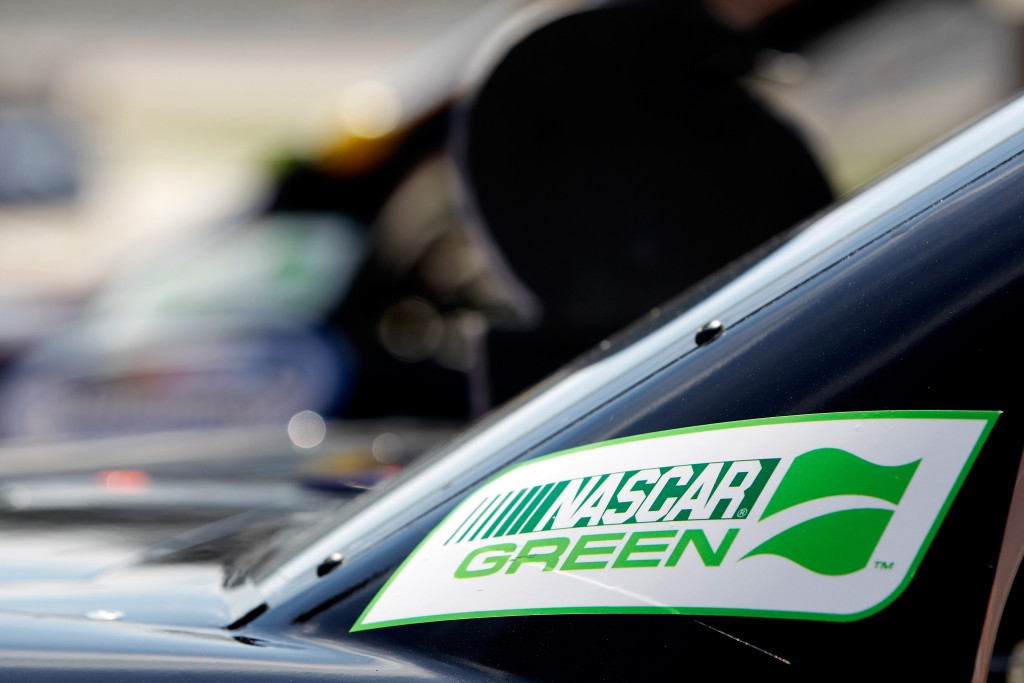 FORT WORTH, TX – APRIL 04: A NASCAR Green decal is seen in the garage during qualifying for the NASCAR Nationwide Series O’Reilly Auto Parts 300 at Texas Motor Speedway on April 4, 2014 in Fort Worth, Texas. (Photo by Brian Lawdermilk/NASCAR via Getty Images)

At a ceremony in Chicago on September 16th, I joined NASCAR CEO and Chairman Brian France and other senior NASCAR officials announcing a formal partnership between NASCAR and the Green Sports Alliance. NASCAR drivers Austin Dillon and Sam Hornish Jr were also in attendance, and Amory Lovins of the Rocky Mountain Institute delivered a keynote address. The recently announced NASCAR-Green Sports Alliance collaboration is focused on promoting energy efficiency, the use of renewable energy, recycling and composting of wastes, the marketing of healthier food, and fan education.

To tens of millions of Americans, NASCAR is a trusted and widely embraced form of community engagement. Trusted community networks provide the safe space needed to help people change their minds and behavior. NASCAR provides this kind of influential and non-political “trusted network.” The NASCAR-Green Sports Alliance collaboration will build on where people are at: the trusted network that NASCAR provides to tens of millions of Americans, regardless of political or economic affiliation. 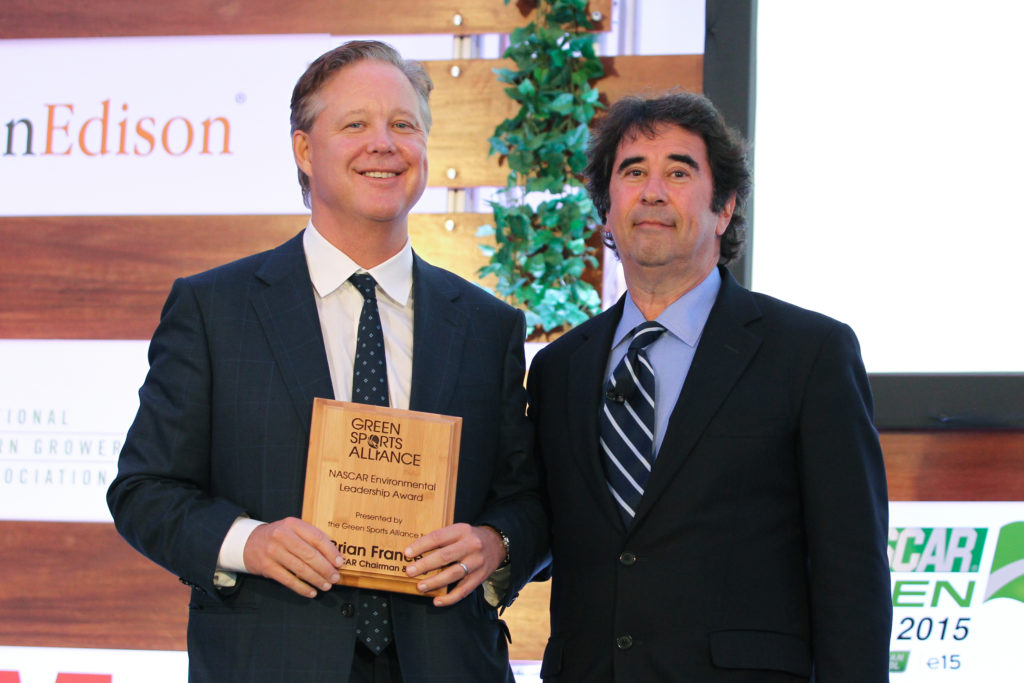 To advance sustainability, NASCAR, like many businesses, is working to become greener. Perhaps one day, like Formula E, (which has just recently joined the Green Sports Alliance), NASCAR races will shift to all electric vehicles charged by the wind and the sun. Perhaps, but not yet.

What is clear is that while improvements need to be made, there is no single business undertaking or governmental law that can solve our many ecological problems. However small our day-to-day actions may seem, our collective purchases add up to meaningful regional and global impacts. Most individuals and businesses, including NASCAR, can only do relatively small things, whether it’s buying products made with recycled content, buying renewable energy, driving a fuel-efficient car, composting, or conserving water.

Small things can lead to big changes. And that is especially true for a enormously visible organization like NASCAR. All industries are connected to NASCAR and every one of them has to do something to address the ecological pressures we collectively face, regardless of how small it might seem. NASCAR, like the other sports leagues, teams and businesses that the Green Sports Alliance is collaborating with, is exploring how to shift its operations to ecologically preferable approaches. I am delighted that the Green Sports Alliance will be helping to guide NASCAR as it works to green its operations nationwide and educate millions of people about the benefits of doing so.