Don Panoz has to be any entrepreneur’s Renaissance Man.  His career has taken many turns both literally and figuratively.

His distinguished career began in 1961 when he and Army buddy and fellow West Virginia University alum Milan “Mike” Puskar founded Milan Pharmaceuticals in White Sulphur Springs, W. Va., making Panoz the youngest president of a pharmaceutical company in the United States. Milan evolved into Mylan, a company that now sells an estimated 1,300 products to more than 140 countries and territories worldwide.

In the 1970s Panoz created Élan Corp. in Ireland, which became a leader in drug delivery products and technology. Panoz led a research team that created time-release medication through a transdermal patch, commonly used today as the nicotine patch. Élan Corp. was the first Irish company to be publicly listed on the U.S. stock exchange, and today Panoz retains over 300 pharmaceutical industry patents.

He has developed resorts in the United States (Chateau Elan/Braselton, GA), Australia and at St. Andrews in Scotland; built wineries on several continents (Australia and North America); been a key figure in technology companies Nanolumens (flexible screen technology) and HydroMentia (water treatment via natural, unmodified algae); and currently sits on the board of the International Council of Clean Transportation (ICCT).

And that’s where the story begins to get interesting for all those Green Sports Alliance allies. 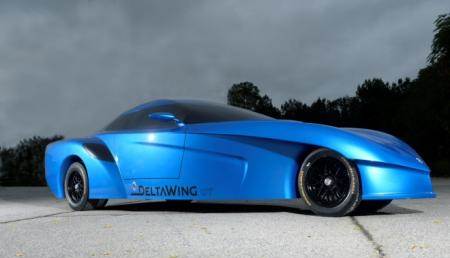 Panoz is a hybrid racing pioneer. In 1998, the same year he founded the American Le Mans Series, he debuted the world’s first successful modern hybrid race car – the Panoz Q9 GTR-1 Hybrid – which placed second in its class at the 1998 Petit Le Mans race.  Later, the American Le Mans Series would forge a relationship with the EPA and DOE to become the “Global Leader in Green Racing” in which all entrants, by rule, were required to compete using some form of alternative energy – ethanol, biobutanol, hybrid, diesel, hybrid-diesel.

In 1999 Panoz was named co-winner of Autosport magazine Technology Award, and he is the founder of the Women’s Global GT Championship. Panoz Indianapolis race cars won the famed Indy 500 in 1997, 2000, 2003 and 2004. In 2006, Panoz Esperante GTLM race cars won both the Mobil 1 Twelve Hours of Sebring and the 24 Hours of Le Mans. Panoz also was awarded the coveted “Sprit of Le Mans” award by L’Automobile Club d L’Ouest.  In 2014 he, along with Jim France, received the Motorsports Hall of Fame of America’s Bob Russo Heritage Award in recognition of their contributions to motorsports throughout their careers and for preserving and expanding sports car racing in North America.

DeltaWing will soon evolve its DeltaWing race car into a DeltaWing GT road car.  The DeltaWing design features a vehicle design with about half the weight, roughly half the horsepower, significantly less fuel consumption, yet the same performance of its racing counterparts.

The company is also slated to debut its CitiGo vehicle later this year.  DeltaWing’s CitiGo concept is a lightweight, efficient three-passenger car ideal for congested urban areas.  Its three-wheel configuration helps reduce rolling resistance, mass and weight, and like the DeltaWing, it can accept small internal combustion engines, electric motor or hybrid systems.

DeltaWing also holds worldwide sales and distribution rights in the automotive category to the revolutionary and innovative DHX Automotive electric motors.  Thanks to its innovative approach to dissipating energy and torque sapping heat, DHX’s new motors are 75 percent smaller, significantly lighter, yet as powerful as conventional motors.

Accolades, as one would expect, are not new to Panoz, but one of the business industry’s greatest recognitions came in 2013, when he became just the 29th inductee into the Entrepreneurship Hall of Fame, joining entrepreneurs such as Andrew Carnegie; Thomas Edison; Henry Ford; Mary Kay Ash, founder of Mary Kay Cosmetics; Bill Gates; Debbi Fields, founder of Mrs. Fields Cookies; Richard Branson; Sara Blakely, founder and owner of Spanx Inc.; Ted Turner; and Warren Buffet.

A Renaissance Man at every turn …