MLS Honored as Most Responsible Soccer League in the World

MLS Honored as Most Responsible Soccer League in the World 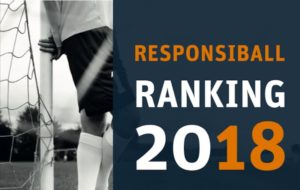 A new report comparing the various community responsibilities among global soccer leagues has concluded that Major League Soccer is the world’s most responsible league.

According to the annual ResponsiBALL report from SchweryCade, a Swiss-based social entrepreneurial firm, MLS ranked highest across the board in the three pillars used in consideration: Good governance, community outreach and awareness, and environmental considerations.

The ranking means last year’s No. 1 league, the Danish SuperLiga, moved to No. 2, and the English Premier League came in at No. 3.

Highlighted in the report for MLS is the new stadiums opened around the league in Atlanta, Washington, D.C. and Los Angeles that received LEED certifications for environmental sustainability. In addition, the league’s Earth Day promotion of every team in the league wearing adidas Parley kits, made from recycled ocean plastic material, showed a commitment to environmental responsibility.