More ballparks in Major League Baseball are embracing the integration of urban farming into their structures, incorporating edible gardens into their landscaping and utilizing unused areas of their facilities to grow food for concessions and the surrounding community. In addition to the Boston Red Sox, who installed a rooftop garden as part of offseason renovations, four other MLB clubs have implemented varying strategies to grow produce on-site. 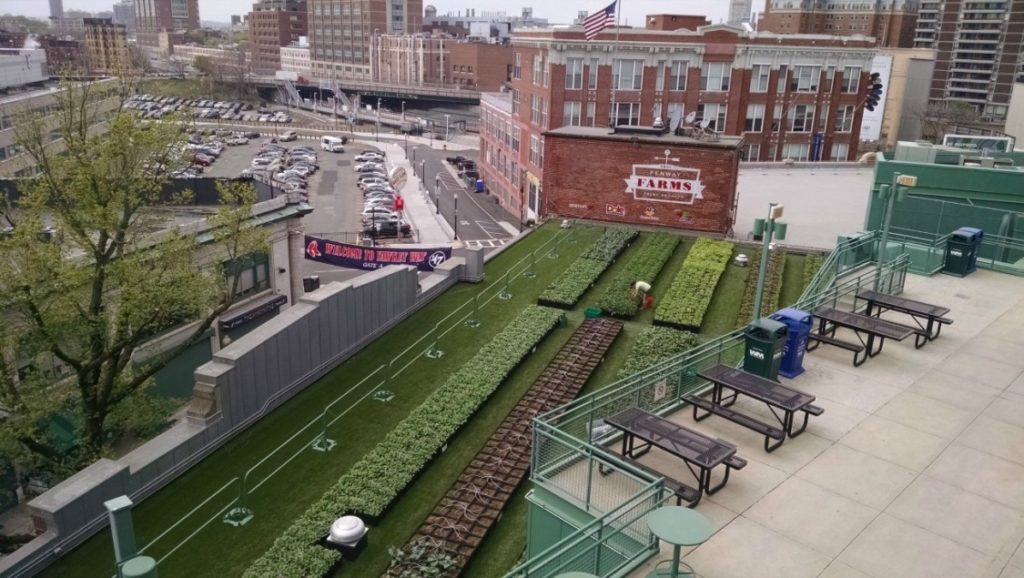 The trend began with bullpen gardening. Following in the footsteps of the New York Mets, the Atlanta Braves, and the Detroit Tigers, Red Sox pitching coach John Cumberland planted 18 beefsteak tomato plants at Fenway Park in 2001 to represent the team’s last World Series victory. The trend ramped up at Petco Park, home of the San Diego Padres, in 2011. That spring, Petco Park director of field operations Luke Yoder planted hot peppers and tomatoes as part of an experimental garden. Since that time, San Diego has begun to rotate seasonal produce into its landscaping, which it incorporates into salsas, relishes, and other food sold throughout the ballpark.

The following year, Coors Field in Denver built a 600 square foot network of raised beds in collaboration with Colorado State University to grow organic produce using drip irrigation. Also getting in on the trend was San Francisco, where the Giants announced plans to turn the centerfield bleachers at AT&T Park into the largest on-site edible garden at a major sports venue. The 4,320 square foot garden space incorporates common vegetables such as lettuce, tomatoes, and zucchini with hops, lemongrass, and other exotic produce.

As more clubs embrace the sustainability benefits of growing food on-site, they are also finding ways to utilize the space to educate the public about smart eating and the benefits of gardening.  “The ballpark seats 41,500 people on a given night, and this is a garden that is highly visible,” said Hannah Schmunk, the community development manager for AT&T Park. “We’ve become so disconnected from our food, and the story behind it, and where it comes from. Because our garden is public and open to anyone that comes to a Giants game, we’re able to reconnect and reestablish the connection between people and their food.”