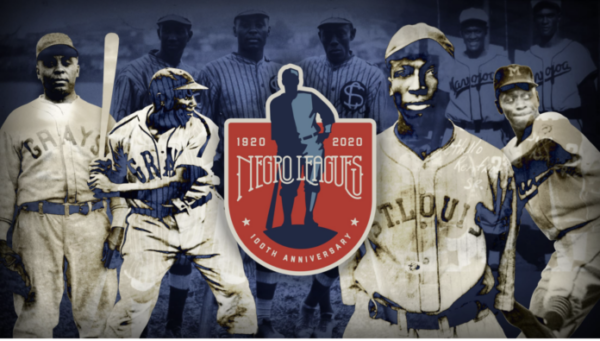 Major League Baseball has long celebrated the legacy of the Negro Leagues. But for the first time, MLB is officially recognizing that the quality of the segregation-era circuits was comparable to its own product from that time period.

Addressing what MLB described as a “long overdue recognition,” Commissioner Rob Manfred on Wednesday bestowed Major League status upon seven professional Negro Leagues that operated between 1920 and 1948. The decision means that the approximately 3,400 players of the Negro Leagues during this time period are officially considered Major Leaguers, with their stats and records becoming a part of Major League history.

“All of us who love baseball have long known that the Negro Leagues produced many of our game’s best players, innovations and triumphs against a backdrop of injustice,” Manfred said in a statement. “We are now grateful to count the players of the Negro Leagues where they belong: as Major Leaguers within the official historical record.”

The seven leagues are the Negro National League (I) (1920-31), the Eastern Colored League (1923-28), the American Negro League (1929), the East-West League (1932), the Negro Southern League (1932), the Negro National League (II) (1933-48) and the Negro American League (1937-48). Those leagues combined to produce 35 Hall of Famers, and the result of MLB’s decision is that Negro League legends such as Josh Gibson, Oscar Charleston and Cool Papa Bell have achieved the Major League status denied to them in their living years by the injustice of segregation.

• A ‘historical decision’ for Negro Leagues

The decision took into account discussions with the National Baseball Hall of Fame and Museum, a 2006 study by the Negro League Researchers and Authors Group and an expanding historical record of Negro League statistics, among other factors. In its announcement, MLB specifically commended historian Larry Lester, a co-founder of the Negro Leagues Baseball Museum in Kansas City, as well as Gary Ashwill, Scott Simkus, Mike Lynch and Kevin Johnson for their construction of Seamheads’ Negro Leagues Database, which has pieced together newspapers, scorebooks, photo albums and microfiche to provide the most complete statistical record of the Negro Leagues to date.

As part of the decision, MLB and the Elias Sports Bureau — MLB’s official statistician — have begun a review process to determine the full scope of the designation’s effect on records and statistics. Historians and other experts will be consulted as part of that process.

“For historical merit, it is extraordinarily important,” Kendrick said. “Having been around so many of the Negro League players, they never looked to Major League Baseball to validate them. But for fans and for historical sake, this is significant, it really is. So we are extremely pleased with this announcement. And for us, it does give additional credence to how significant the Negro Leagues were, both on and off the field.”

Much like Black players were long denied the opportunity to play in the Major Leagues prior to Jackie Robinson’s arrival in 1947, those who participated in the Negro Leagues have long been denied this classification.

In 1968, MLB’s Special Committee on Baseball Records was convened by then-Commissioner William Eckart to determine which past professional leagues should be classified alongside the American League and National League as Major Leagues in the first publication of “The Baseball Encyclopedia.” The committee ultimately concluded that the American Association (1882-91), Union Association (1884), Players’ League (1890) and Federal League (1914-15) qualified.

At that time, the Negro Leagues were not even considered for inclusion, according to John Thorn, MLB’s official historian.

“There was no public outcry,” Thorn said. “I am reminded of Ralph Ellison’s title for the wonderful book ‘Invisible Man.’ The problem was not even perceived to exist. It’s not as if there was someone in the room raising the question and having it turned down for reasons historical or technical. It simply did not come up.”

As attitudes toward the significance of the Negro Leagues have evolved, so too has the depth of research surrounding the leagues. No longer do the tall tales — such as Gibson belting 800 career home runs — stand as our only statistical tie to the Negro Leagues. More precise information has become available.

And so Gibson’s Negro Leagues-leading 238 home runs, as confirmed by Seamheads, can now conceivably be folded into MLB’s all-time leaderboard, alongside the identical totals of Earl Averill, Ray Lankford and J.D. Martinez. Same with Willie Foster’s 150 known pitching wins (the most in the Negro Leagues between 1920-48, according to Seamheads), which tie him with Rube Benton, Dizzy Dean, Rick Porcello, David Price and Jered Weaver on the current Major League register.

Less clear at this stage, pending the discussions between MLB and Elias, is how rate statistics such as batting average or slugging percentage will be classified. For instance, Gibson (.365), Jud Wilson (.359), Charleston (.350) and Turkey Stearnes (.348) all had at least 3,000 career plate appearances and batting averages that would rank in the top 10 all-time, according to the Seamheads database. Their inclusion on that particular list would push the legendary likes of Ted Williams (.344) and Babe Ruth (.342) out of the top 10.

Only Negro League stats from league games from 1920-48 will be taken into account. The reason for the starting point is that attempts to develop Negro Leagues prior to 1920 were ultimately unsuccessful and lacked a league structure. And 1948 was deemed to be a reasonable end point because it was the last year of the Negro National League and the segregated World Series. After that point, the Negro League teams and leagues that had endured were stripped of much of their talent.

Statistics from barnstorming and exhibition games will also not be included. It is for that reason that Gibson’s official home run total might seem low, relative to the legend of him possibly challenging Aaron and Barry Bonds for the all-time record. Similarly, the home runs that Aaron hit in his brief Negro Leagues stint came after 1948, so they will not be counted and his career home run total will not change. Willie Mays, however, will see his hit total and career batting average change ever so slightly due to the time he spent with the Birmingham Barons in 1948.

The schedule discrepancies and exhibitions have often been used as an argument against classifying the Negro Leagues as Major Leagues. Thorn counters that the Negro Leagues were put in such a position by segregation itself.

“Peculiarities of their schedule were the outcome of prejudice,” Thorn said. “When we view the white Major Leagues of 1920-1948, it’s a binary construct — the American League and National League. That doesn’t work. A better model for understanding the Negro Leagues would be to look at the collegiate football model, where you had conference champions — the Big 10, Pac-10, SEC, ACC and so on — and then you had independents like Notre Dame and Army and Navy, who played against those conferences and then also had cupcakes on the schedule.”

MLB’s decision is the culmination of a centennial celebration of the founding of the Negro Leagues. In February, MLB and the MLB Players’ Association made a joint donation of $1 million to the Negro Leagues Baseball Museum in Kansas City to educate and raise awareness of the impact of the Negro Leagues and its players on the sport and society. On Aug. 16, all MLB players, managers, coaches and umpires wore a symbolic Negro Leagues 100th anniversary logo patch.

Now, the Negro Leagues have official standing alongside the Major Leagues.

“For more than 3,400 players, very few of whom are alive, their families will now be able to say their records were included among white Major Leaguers of the period,” Thorn said. “There’s no distinction to be made. They were all big leaguers.”

Anthony Castrovince has been a reporter for MLB.com since 2004. Read his columns and follow him on Twitter at @Castrovince.