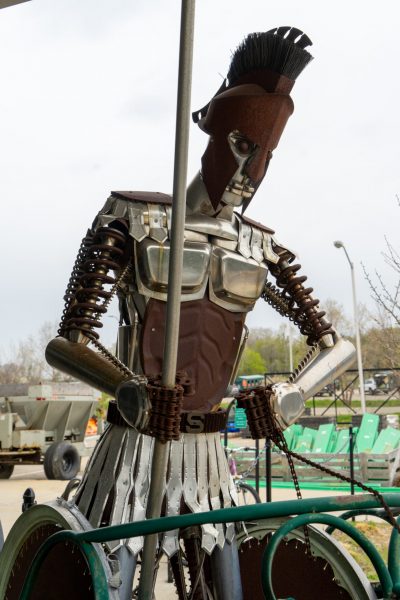 Scrap Sparty stands at the entrance of the MSU Surplus Store & Recycling Center. While Michigan State has a sustainability plan for campus, the athletic department doesn’t yet have its own plan across all sporting facilities.

It’s one of the most common chants from fans at Michigan State University sporting events: Go green.

But Michigan State may be behind in the race to make its athletics department environmentally sustainable. Big Ten rivals Ohio State University and University of Michigan have established zero waste plans for their large sporting events and tailgates — diverting 90% of waste from landfills by recycling, repurposing and composting — while the Spartans lack an athletics-wide sustainability action plan.

“Research has shown if you have a zero-waste event at a sporting event, that’s an educational opportunity where you’re getting these people that are beyond campus (onto) campus to think about (sustainability),” said Adam Zwickle, an associate professor in MSU’s Department of Community Sustainability whose work includes how to encourage environmentally sustainable behaviors. “That’s the actual real impact — to get people to be mindful of their actions.” 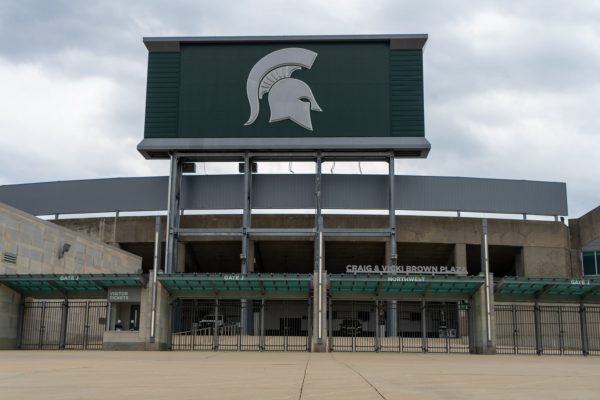 The thousands of fans that attend Michigan State University football games at Spartan Stadium can general a lot of trash. MSU’s athletics department doesn’t yet have an environmental sustainability plan across the department to handle issues like recycling, energy use and waste reduction.

MSU has pushed a campus waste campaign since 2016, providing recycling bins around campus for paper, cardboard, plastic and metals for students, faculty, staff and visitors to use.

But the athletic department doesn’t have its own plan for sports facilities. MSU Director of Sustainability Amy Butler said the department has been taking steps to become more environmentally sustainable.

“We’re not in a position right now to do a full-scale campaign, but we’ve been doing smaller pieces and starting to grow the knowledge and awareness organically to prepare us for in the future where we could take a much broader stance,” Butler said.

So far, the department has worked with different teams, such as football and women’s basketball, to host games focused on sustainability in efforts to spread its message to fans. Fans who participated in recycling efforts at certain home games received promotional items.

“One of the missed opportunities is the messaging, and being very proactive in implementing sustainable measures, encouraging people to use less,” Butler said. “So it’s not always what we are recycling at the end but how people are being more responsible as they participate in these events.

“The events become an education process as well, to help communicate to the public that every individual person has a role and responsibility to this earth, and to the venue that they’re enjoying.”

Butler said that leadership in the athletic department is excited to be working with the sustainability department to make events greener on campus.

According to MSU’s Residence Education and Housing Services, the university’s diversion rate is 50%. This is much higher than the statewide average of 15%.

However, the recycling rate for home football games is lower than both of those numbers, at an average of 12 to 15%, said Dave Smith, Michigan State’s recycling coordinator.

Smith said that the recycling center also provides post-game support by having a crew go around campus with landscape services to collect waste left by tailgaters.

The athletics department has made an effort to incorporate ideas of sustainability over the last few years, Smith said. He said the recycling center now partners with concessions to collect food waste, at an average of 650 pounds per game. Spartan Stadium also has its own cardboard compactor to handle the waste created from sporting events. 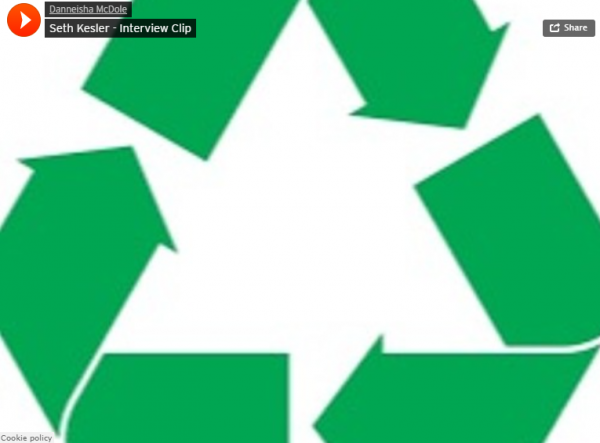 “Just walking around the stadium, I was always frustrated with the piles of garbage and seeing all of the contaminated recycling bins getting thrown in with the waste,” Kesler said.

Kesler said that even with all the containers provided, the signage around the stadium is not clear enough for the fans to pay attention to during games and that the university needs to make it easier for these events to be sustainable with little effort from fans.

Kesler said one of the next changes the athletics department is hoping to implement is making more items from concessions stands biodegradable.

Noleen Chikowore, a community sustainability graduate student at Michigan State, studied the role of informal recyclers, who she refers to as canners, in collecting beverage cans and bottles during MSU’s football games and tailgates. Michigan law puts a 10-cent refundable deposit on those cans and bottles. 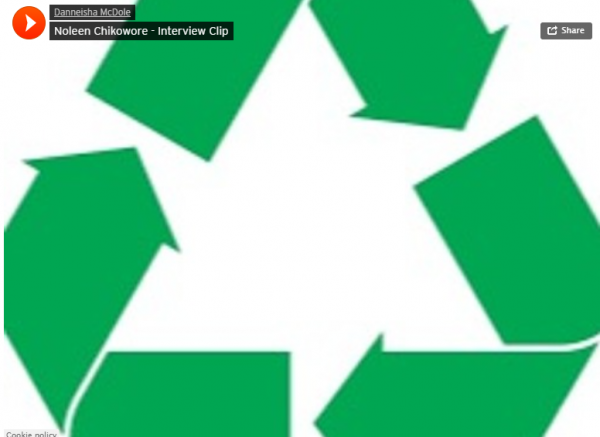 Noleen Chikowore, a community sustainability graduate student at Michigan State, discusses her work and suggestions for MSU and students to reduce waste on campus.

In 2016, Chikowore said she attended her first football tailgate where she watched tailgaters leave cans in open spaces rather than putting them in trash or recycling bins.

“Tailgaters tend to leave these cans so that the canners can access the cans in a very easy way rather than the canners going into trash cans and looking for cans,” Chikowore said.

This unspoken collaboration between fans and canners has helped the environment by redirecting cans and bottles from landfills, but also by reducing excess litter from trash being pulled out of waste bins as people search for refundables.

“There’s now less littering and also tailgaters as long as they have access to proper waste disposal facilities, they are disposing of their waste as much as they can,” Chikowore said.

Experts from the Green Sports Alliance, an organization that works to create sustainable behaviors among sports organizations, say sustainability goes further than the visible litter left behind by fans. 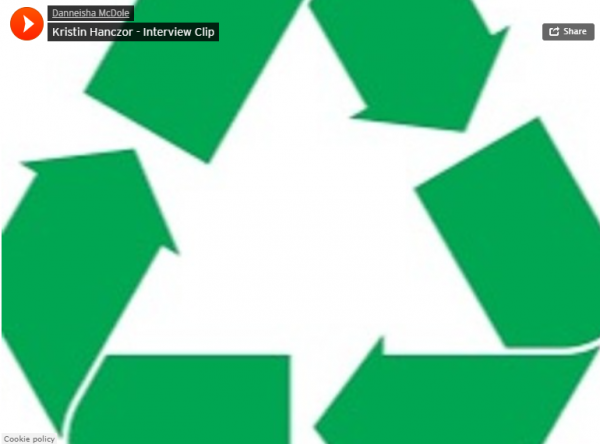 Kristin Hanczor, senior partnership manager at the alliance, said athletic programs can address everything from food to energy use.

“In one sports game, you’re touching food – you could source food more locally,” Hanczor said. “You’re touching waste – whether you have compostable products versus recyclable products, versus only products that go in the trash. The venue itself – what kind of energy it’s using, if it has renewable energy on site, if it’s purchasing offsets to support its energy.”

She said sports facilities also can consider water use and transportation, “setting up venues in a place that it’s easy to have public transit, biking, walking, subway. People need to get to the game, and they want to do that in a more sustainable way.”

“There’s even apparel,” she said. “What people are wearing on the team, what kind of apparel the college or the sports entity is selling — where is that produced? How can we make that more sustainable?”

Hanczor said if a university is able to engage the athletic department — and fans and students — with the message of sustainability, it can make an impact on efforts to be more environmentally responsible.

“Most everyday sports fans would be really surprised by how much is happening in the green sports space,” Hanczor said. “When you typically talk to a sports fan or you talk to a sustainability person, sports doesn’t come first to mind, and I think I really encourage fans to look up what their favorite team is doing, because chances are you’re going to find something really exciting.”

With that awareness, Hanczor said fans can begin to hold their favorite teams accountable and bring about change.

“The next generation of fans is really going to demand that the brands that they buy from and the sports teams they support align with their values,” she said.