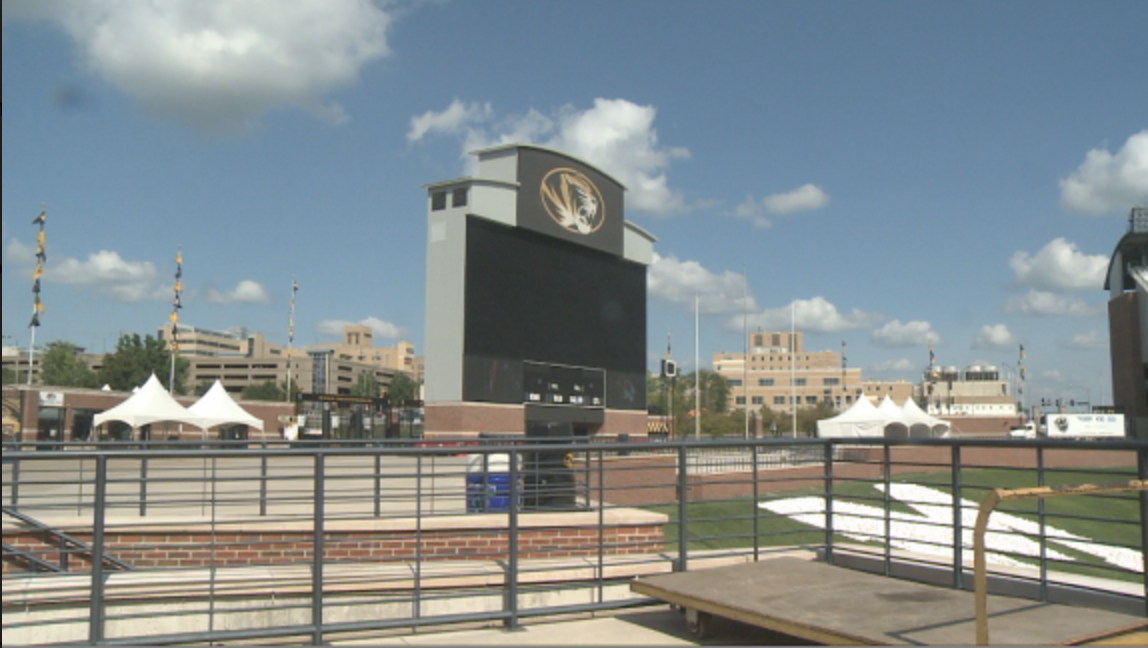 As a member of the Green Sports Alliance, the athletic department at the University of Missouri is working to improve sustainability efforts.

The events manager for the athletics department said the biggest focus is educating fans and making sure they’re aware of the sustainability efforts and that fans are contributing as well.

“We want people to have to make that choice, so you see a recycle or trash bin and you have to say ‘I have this plastic bottle, and I’m going to choose to put it in one of those bins’,” Tony Wirkus said.

MU researchers released a study today on how much waste is created at Memorial Stadium.

Ron McGarvey, an assistant professor of industrial engineering and public affairs at MU, lead a team of students and other researchers.

“Auditing involves actually setting up a table in the parking lot and tearing open the bag and seeing what you find inside,” McGarvey said. “Whenever we opened a bag we had scales nearby and we would weigh the composition of the bag.”

McGarvey and Wirkus are working toward a broader initiative called “zero-waste.”

According to McGarvey, zero-waste is 90 percent of all the waste that’s diverted away from landfills. In order to determine this waste, people need to know the composition of the waste first, which is what McGarvey’s team did by digging through the waste.

“We examined not only the waste coming out of the stadium, but also we went to the food preparation facility where all the food for the stadium is prepared,” McGarvey said.

The team spent the days leading up to games at the food preparation site, and then audited the waste coming out of the stadium after the games.

McGarvey and Wirkus both said it’s a lengthy process that will take several steps to accomplish the zero-waste goal.

“A big portion of that is fan education,” Wirkus said. “We can put all the recycling containers out there and give out all the blue bags of recycling that we want, but ultimately we need to get the fans coming to the games to buy into that and choose to recycle.”