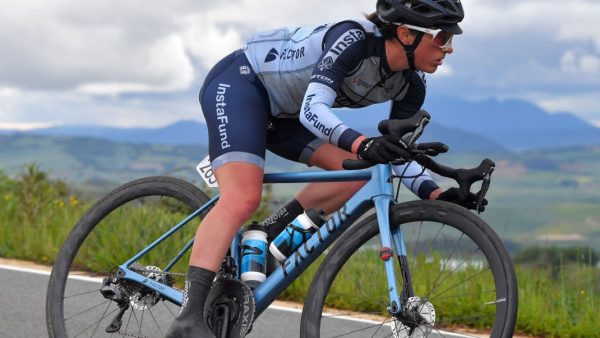 Canadian women’s continental team InstaFund Racing is getting rid of its single use plastics as it aims to tackle the team’s environmental impact.

Professional cycling has a garbage problem.

The UCI has tried to address part of the issue by restricting where riders can drop their garbage and excess clothing in an effort to prevent it from littering the landscape. It has caused some controversy with the way it has been dealt with and, while well-intentioned, doesn’t tackle the issue of cycling’s use it and chuck it mentality.

One team that is trying to take control of its garbage problem is the Canadian women’s continental team InstaFund Racing. The squad, now in its third season, has set itself the big goal of going almost entirely free of single-use plastic, from June 1. It also aims to work towards having a carbon-neutral footprint from 2022.

“We want to try and show other teams this can be done without affecting performance and increasing the quality the riders’ environment,” team manager Adam Korbin told VeloNews. “If you start to think about the single-use plastics you interact with as a cyclist, it should be minimal, to begin with, if you put a bit of thought into it.”

The idea to take a more ecologically friendly approach to race came from within the team. Reflecting on her own experience in sailing as she was preparing to leave the sport for cycling, InstaFund rider Isabella Bertold saw how it was looking to improve its environmental credentials. She started to assess what she could do and that approach has been carried into the ethos of the cycling team.

“There’s a very disposable attitude in cycling. A simple example is a water bottle gets used once and then it is thrown away when it is supposed to be reusable,” Korbin said.

“I don’t think the attitude is within the peloton but I think it is in the team structure. The practicalities of running a team don’t necessarily need to conflict with environmental goals. As in ‘This is the way that things have been done and we’re going to keep doing them this way’, rather than trying to think of different ways of trying to approach problems.”

Overhauling the way an existing team operates to make it more environmentally friendly will be a big task and will take time to implement – that’s if the team is willing to take it on. However, Korbin believes there are some quick victories to be had in the fight to limit waste and combat the use of plastic without any major effort.

“The simplest example is using beeswax wraps for your food on training rides instead of foil and zip lock bags. At some point, things will fly out of your pockets. It’s inevitable, it will happen,” he said. “At least if it is a piece of beeswax wrap then it’s slightly better than foil and you’re also reusing that wrap, when you’re at home, multiple times. The team is also using reusable grocery shopping bags for all of the riders going forward.

“I still don’t understand why people buy 1.5 liter bottles of water in countries with potable water, and then take that bottled water and dump it into cyclists bike bottles. Safe tap water is totally fine, or have a little filter that you can put over the tap. Water quality in developing nations is another problem and that’s a problem in the world of water logistics. I’m hoping that by looking for ways to innovate in cycling that some to those ideas can translate into solving global problems. 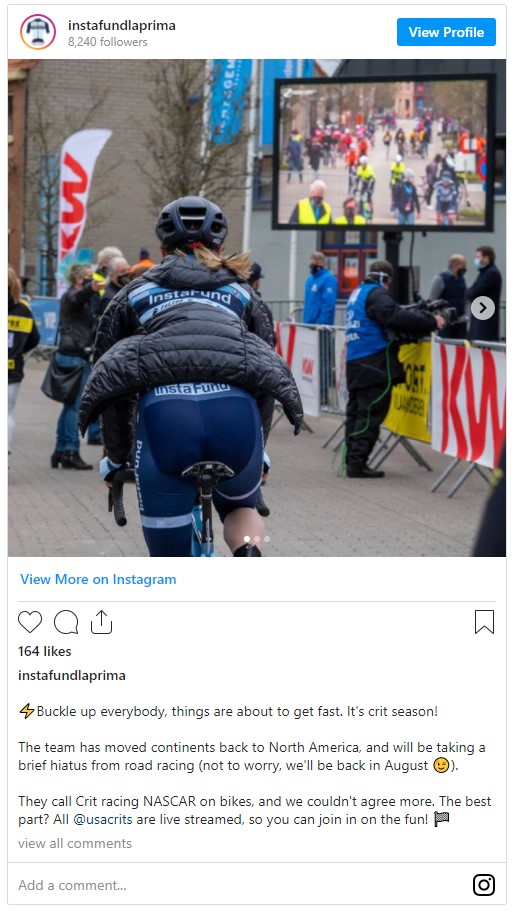 While there are many simple changes that teams and riders can alter without having much of an impact on one’s daily life, one of the major sticking points – quite literally – is the packaging for gels. They are a necessity for elite cyclists and the team has looked at alternatives but has been unable to find a suitable replacement, for now.

The nature of gels – with the complex materials used to make the wrappers and the sticky contents — means it is very difficult to recycle through the normal channels. Not happy with just chucking them, the team has found a way of ensuring the packaging is dealt with properly but there are still plans to stop using the single-use wrappers altogether.

“One thing that we’re still struggling with is gel wrappers and how do you work around that because gels are ultimately race fuel. We have tried using a reusable squeeze tube but, so far, all the ones we have been able to find are too big to fit into jersey pockets,” Korbin said.

“We’re going to do our best to collect every single gel wrapper and send them off to the proper recycling. There is a programme through a company called TerraCycle where you can send your gel wrappers to them, and they will properly recycle them.”

The next few months will be a steep learning curve for the team as it tries to eradicate single-use plastics, but Korbin hopes that it will spark a change across the sport.

“Our goal is to show what is possible. We’re certainly not trying to preach, but I’m hoping other teams will look for their own ways to reduce their use of plastic. There’s not a lot of risk for us trying a lot of things. If something doesn’t work, then that’s ok. The best part about taking this on is the enthusiasm from our suppliers, they’re keen to learn and experiment along with us.

“Hopefully, larger teams will start to adopt things and hopefully we can learn from them, too, and see what works well for them and what doesn’t work.”