Meet the Speakers: Joe Abernathy of the St. Louis Cardinals

Meet the Speakers: Joe Abernathy of the St. Louis Cardinals 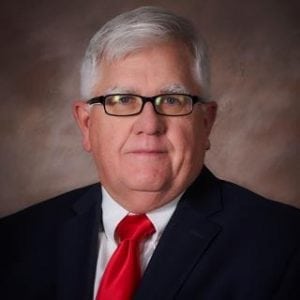 The 2018 Resource Recycling Conference will take place in St. Louis next month. To help readers gear up for the event, we’re offering a series of profiles of different recycling stakeholders who will be offering expert opinion from the stage.

This week we chat with Joe Abernathy, vice president for facility planning for the St. Louis Cardinals. In that role, he has led the ballclub’s efforts to enhance materials recovery and usage at Busch Stadium. He is also on the board of directors of the Green Sports Alliance, an association that inspires professional sports leagues and others to embrace environmental sustainability.

Abernathy will be leading off the conference with a look at how the Cardinal’s in-stadium efforts can help inform recycling and composting stakeholders about issues such as outreach, behavior change, efficiency and more.

Resource Recycling: Talk a little about the waste-related initiatives you and the Cardinals have undertaken in recent years.

The Cardinals began the “4 A Greener Game” program at Busch Stadium during the 2008 season as a two-month pilot program. Since its inception, the program has diverted over 6,000 tons of waste from stadium trash disposal and local landfills.

What are the keys to that effort?

The success can be partially credited to 550 conveniently placed recycling bins around the stadium, making it easy for fans to recycle when they come to a baseball game. Success is also due in large part to volunteers who collect recyclables during games, and the maintenance staff who separate additional recyclables from the trash after a game. The program now averages over 25 volunteers per game with numbers increasing year after year.

Abernathy will be delivering his keynote on the morning of Tuesday, Oct. 23. See the details on the full conference session schedule online.