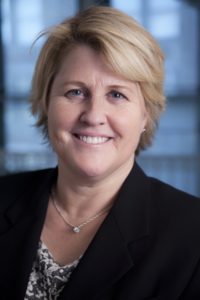 Mary Harvey is used to blazing the trail in sports.

Despite growing up without major soccer tournaments to aspire to play in, the goalkeeper helped the U.S. win the inaugural Women’s World Cup in 1991 and the first women’s Olympic soccer title five years later.

“As a women’s national team, we didn’t set out to have wide scale impact, but we did,” Harvey recalled in an interview with The Associated Press. “From that I learned that that’s what I wanted my life to be about: the ability to impact others in a positive way.”

Today, that desire has made her one of the biggest campaigners for human rights through sports.

After starting her career as a consultant in the private sector, Harvey led development work at FIFA from 2003-08, helping formulate a human rights strategy for the successful 2026 World Cup bid by the United States, Canada and Mexico. Now Harvey will be taking that strategy global by heading a new sports human rights watchdog.

“The language of human rights it not certainly the language of sport,” Harvey said. “So I went through that personally and learned it (for the World Cup bid) and so I think the center has an opportunity to provide that.”

Harvey is preparing to move to Switzerland from the United States to serve as chief executive of the Centre for Sport and Human Rights, hoping governing bodies adopt some of FIFA’s newfound commitment to making compliance on labor and discrimination issues central to whether a country can host a major event.