Mark Towill Heads to Genoa for The Ocean Race Summit

Mark Towill Heads to Genoa for The Ocean Race Summit 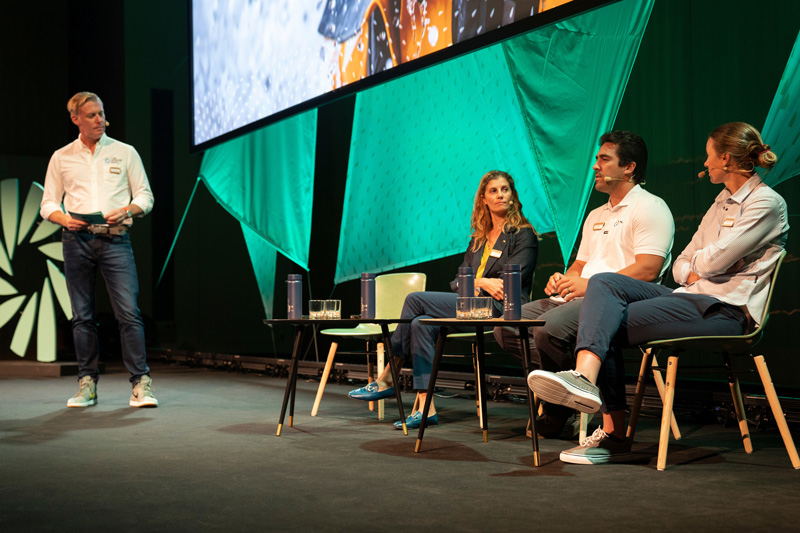 With sailing teammate Charlie Enright competing offshore on 11th Hour Racing in the Azimut Challenge this weekend off the coast of France, Mark Towill took time out from training to travel to Genoa, Italy and attend the first Ocean Race Summit organized by The Ocean Race under new race owners.

Developed around the infrastructure of The Ocean Race, the Summit concept first began in May 2015 in Newport, Rhode Island, and is now a featured part of The Ocean Race itself bringing together sailors, race organizers, academics, the business community, researchers, media and government officials to discuss issues related to ocean health and the climate crisis.

“It was an honor to represent 11th Hour Racing Team at this Summit in Genoa,” said Towill. “With our team’s campaign just getting underway, we are looking forward to being active in the conversation around ocean health, sustainability and the climate crisis as these are all core elements of our team ethos. Sport has the power to create change and as a team we want to highlight to others that this is the time to focus on the ocean, this is the ocean hour and we need to come together for  healthy, vibrant oceans.”

Towill has spoken at past Ocean Race Summits in 2017-18 as part of Vestas 11th Hour Racing and has been an advocate for ocean health for several years during his professional sailing career.

Other speakers at the Summit event held in the Porto Antico area of the historic maritime city of Genoa include Marco Bucci, Mayor of Genoa; Giulio Bonazzi, Chairman and CEO of Aquafil and Olympic Sailor Francesca Clapcich. The Summit also featured two “Innovation Workshops” around sustainable fashion and sustainable boat building.

Five Ocean Race Summits are planned in the lead-up to the next edition of The Ocean Race in fall 2021, with another five planned during the race period.

Mark returns home to Hawaii before heading back to the team’s training camp base in Brittany in October leading up to the Transat Jacques Vabre.