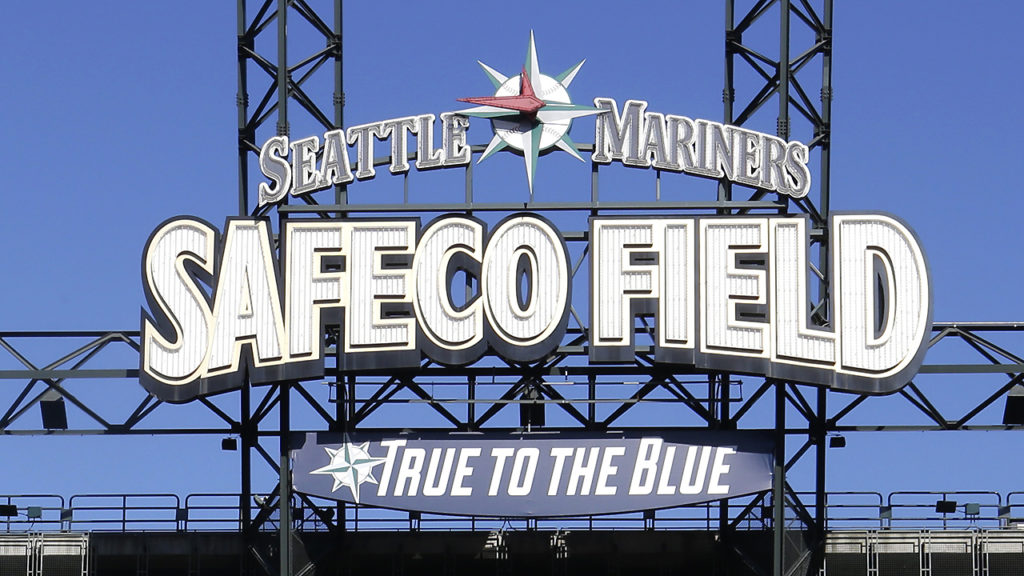 The Mariners’ efforts to reduce their impact on the environment has earned the 2017 Green Glove Award. (AP Photo/Ted S. Warren)

SEATTLE — For the first time in franchise history, the Mariners were awarded Major League Baseball’s “Green Glove Award” in recognition of their recycling efforts at Safeco Field in 2017.

The San Francisco Giants had won the award for nine straight years, but the Mariners were recognized Tuesday as the MLB club with the highest diversion rate, meaning the amount of waste material diverted from landfills for recycling.

The Mariners converted 96 percent of waste materials from the ballpark toward recycling efforts this past season, up from 90 percent in 2016.

“We have worked hard over the years to make Safeco Field one of the ‘greenest’ ballparks in pro sports,” said Mariners senior vice president of ballpark operations Trevor Gooby. “With our hospitality partner Centerplate, and our founding sustainability partner BASF, we have been able to significantly reduce our impact on the environment. Thanks to Major League Baseball for recognizing our efforts with this great honor.”

The Mariners have long been one of MLB’s leaders in promoting recycling and energy efficiency. Nearly everything used at Safeco Field is recyclable or compostable, including food service items like plates, cups, straws, bottles and utensils.

Compost and recycling bins have replaced garbage cans on concourses, and cleaning crews separate plastics and compostable waste by hand after each game.