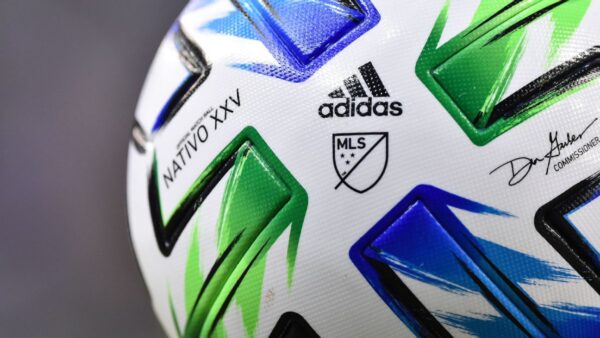 Major League Soccer announced a significant overhaul of its diversity, equity and inclusion hiring policy for sporting positions on Tuesday.

The changes to the league’s so-called Rooney Rule — a name borrowed from the NFL’s minority hiring initiative — are intended to increase the policy’s efficacy, add a specific focus on the hiring of Black candidates and strengthen the policy’s enforcement mechanisms.

“There is a commitment from across the organization to create a more diverse, equitable and inclusive league, one that is reflective of who it is that we say we want to be,” Sola Winley, MLS’ executive vice president and chief diversity, equity and inclusion officer told ESPN.

While MLS says it has equitable representation of Hispanic/Latinx coaches relative to its player pool (30%), the MLS Black player pool is 25%, yet only 7% of assistant coaches and 10% of head coaches are Black. This includes the recent hiring of Ezra Hendrickson as manager of the Chicago Fire.

The combining of Hispanic and Latinx into one statistical group is viewed as problematic by some industry observers, according to Hofstra University associate history professor Brenda Elsey, who is also the lead development officer in the Americas for the Fare network, an organization that seeks to combat inequality and bigotry in soccer.

“An Argentine who has been considered white his whole life, he didn’t have any obstacles in Argentina to becoming the manager of Boca Juniors,” said Elsey. “We’re looking at what obstacles exist in the U.S. for [Latinx] to get those jobs.”

Winley said that because the Institute for Diversity and Ethics in Sport, which grades various sports leagues on their hiring practices, combines Hispanic and Latinx into one group, it will follow that guideline.

“If that criteria shifts, we will review it, but right now, we want it to be consistent with how we are being vetted and scored as it’s happening consistently across the sports industry,” he said.

The policy will be in place not only at MLS level, but also in the new lower division league, MLS NEXT Pro — set to begin next year — as well as at the youth level with MLS NEXT (though in the latter instance, only MLS academies will have to follow the policy). The hope is that a pipeline of candidates from underrepresented groups will be increased, leading to more hiring of such candidates at MLS level.

The update of the policy, which was first implemented in 2007, is the result of a collaboration over several months between club personnel, league executives, as well as current and former MLS players. The effort was led by Winley, and included representatives from Black Players for Change (BPC) — an independent organization of more than 170 MLS players, coaches and staff — and SCORE (Soccer Collective on Racial Equality), a collective of Black former MLS players.

Among the changes are a requirement that the finalist pool for an open technical position includes two or more non-white candidates, one of whom must be Black/African American, as part of a renewed effort to prioritize opportunities for Black candidates. Previously, the policy only required one diverse candidate to be interviewed for an open position.

Hiring organizations must also demonstrate that the interview process includes candidates with comparable experience for all candidates in the finalist pool. Previously, teams could violate the spirit of the rule by interviewing candidates whose qualifications didn’t match those required by the job. The term “minority” was also stretched.

“When you hear stories about people trying to pass off a Greek in there as a minority, then it just goes to show that [the policy] was not being taken very seriously,” said Colorado Rapids manager Robin Fraser, one of just three Black managers in MLS, and a member of the working group that crafted the revised policy. “I believe that [the new policy] will afford underrepresented people, and more specifically, Blacks, more real opportunities to be heard, to be seen. The whole objective is not to give anyone anything, not to give anyone handouts. It’s to create opportunities for people to showcase themselves.”

Another issue that the updated policy aims to address is making sure word gets out as to which technical positions are available. Previously teams could get away with advertising an available position to a select group of candidates, which in some instances shut out underrepresented groups. To that end, MLS is creating a diversity policy portal (DPP) in which clubs must submit all details of vacant technical positions and include information related to all candidates in the final candidate pool.

Teams can apply to receive a waiver from MLS as it relates to the policy, but those will be granted only when there are “extenuating circumstances.”

The policy will be evaluated annually based on interviewing and hiring data, and changes will be made if it is determined that the policy is not achieving the intended results.