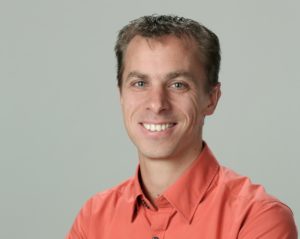 From February 12 – 21, 2016, Lillehammer hosts the 2nd edition of the Youth Olympic Winter Games (Lillehammer 2016). The event brings together 1,100 athletes from 71 different countries aged 15 to 18, competing in 70 medal events. The Youth Olympic Games (YOG) are about competing, learning and sharing. The vision of the YOG is to inspire young people around the world to participate in sport and live by the Olympic values (excellence, friendship and respect).

Lillehammer 2016 is the first event in Norway that has achieved ISO20121 certification for sustainable events. This certification implies that the event has sustainability management systems that fulfil the requirements of ISO20121 with respect to the planning, coordination and legacy of the event (click here to read more).  Several solid programmes related to transport and procurement are in place, but Lillehammer 2016 takes sustainability to a next level in a very smart way.

The local youth, for example, helped by producing energy for the Opening Ceremony that took place on  February 12th. By being physically active, the youth produced kinetic energy that was used for the opening ceremony.

When entering the Youth Olympic Village, the vibrant heart of the event, it is hard to miss the variety of implemented sustainability initiatives.

Ice and snow is used for signage and even to build an impressive igloo-disco and small film-theatre (seating 300 people). Global warming however is having its impact as Lillehammer’s winters are becoming less and less cold. In comparison, Lillehammer hosted the ‘big’ Winter Olympic Games in 1994. During the 1994 Olympics, the average temperature was -20C (-4F). The temperature in 2016 was on average -5C (23F) to -10C (14F).

In addition, security staff and all other volunteers are briefed to pick-up any litter they see on the streets, showing an exemplary attitude to the event’s athletes and spectators.

Competing athletes can participate in workshops to learn how to ‘eat smart’. Athletes were taught how to make the right food choices with regards to their health and performance. After a short and dynamic introduction by one of the nutritionists, the athletes went on to cook their own “smart menu” together with an Athlete Role Model. Furthermore, food in the main restaurants is served directly on the plate, which reduces the amount of food waste.

Lillehammer uses a variety of simple and smart ways to educate the youth on sustainability. A sign above the bin for PET-bottles says “Recycle 1 bottle and save enough energy to charge your phone 12 times”.

The YOG Learn & Share centre is an exhibition designed to enrich the athletes’ and other visitors’ experience beyond the field of play and help them becoming responsible role models by sharing fun facts such as “It takes an average person 21 hours of biking to produce the energy needed for 10 minutes of hot showering”.

A more comprehensive programme is the use of a so-called ‘Poken’. All accredited guest received a poken, which is a hand-shaped device about the size of a flash drive. When touching it to another poken, what looks like a high-five, the devices glow to show the sync of social media information. Besides this being a very 21st-century way of exchanging contact details, it brought other benefits to the event organisers:

The next Youth Winter Olympic Games will be held in 2020 in Lausanne (Switzerland). A delegation from Lausanne 2020 visited Lillehammer 2016 to observe and learn. Some reflections following the visit:

Last year (2015) ended with COP21 where the world’s political leaders agreed on taking joint actions to reduce climate change. Lillehammer 2016 is a refreshing and encouraging start of the new year, especially in the light of upcoming mega sports events as the UEFA EURO in Paris and the Summer Olympic Games in Rio de Janeiro. Lillehammer 2016 shows the world that sport is a powerful tool to for sustainable development when all event’s stake holders join forces in a smart manner.