What do football and farming have in common?
Levi’s Stadium. 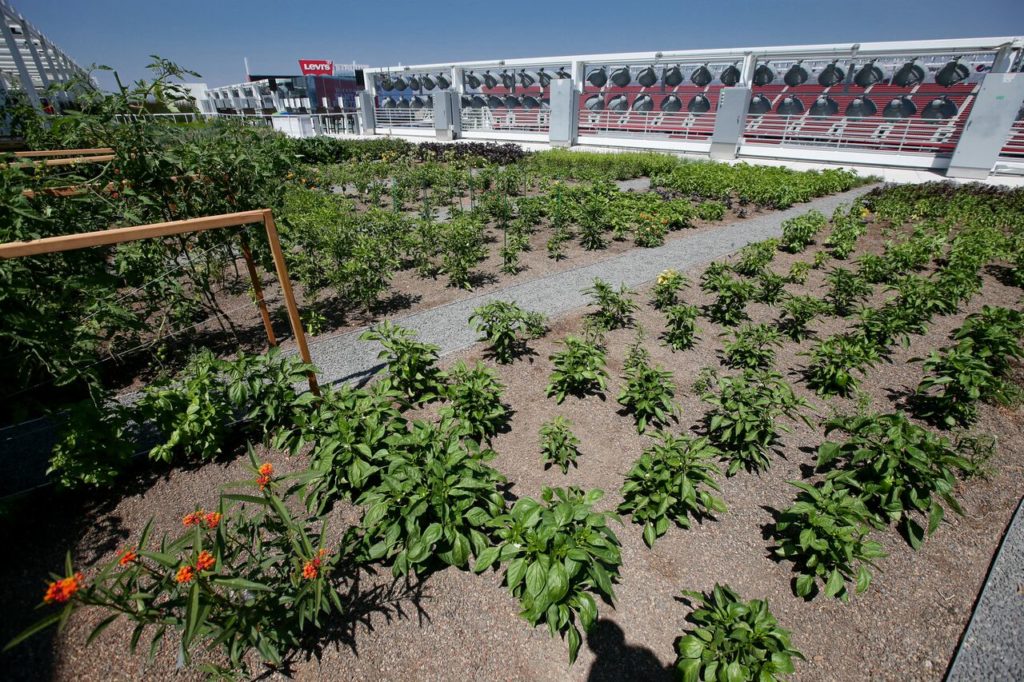 The home of the San Francisco 49ers has unveiled a new urban farm on the roof of the football stadium. It’s expected to generate 150 pounds of produce each week that will be used to cook up food items for club spaces and private events at the stadium.

The Faithful Farm, as it’s called, isn’t a small garden patch either. It occupies 4,000 square feet of the eco-friendly stadium’s 27,000-square-foot green roof, which features a variety of plants native to the Bay area. The roof also has solar panels used to generate renewable energy.

Some of the 40 different crops on the farm include tomatoes, summer squash, eggplants, peppers and zucchini. Plus, there’s an herbs garden with basil, sage and lavender.

Some of the produce will be given to organizations, such as the Salvation Army, that help people in need.

“Our green roof helps reduce heating and cooling requirements within our suite tower and carving out this small portion to grow crops further minimizes our carbon footprint by reducing our reliance on outside food sources,” Jim Mercurio, 49ers vice president of stadium operations and general manager, said in a statement.

The setup for Faithful Farm is somewhat unique: the rooftop is above the 9th floor that was built specifically for the farm.

While Faithful Farm is the first NFL vegetable garden, it’s a part of a growing trend at stadiums. There’s already a rooftop farm on the third base side of the Red Sox’s Fenway ballpark in Boston. 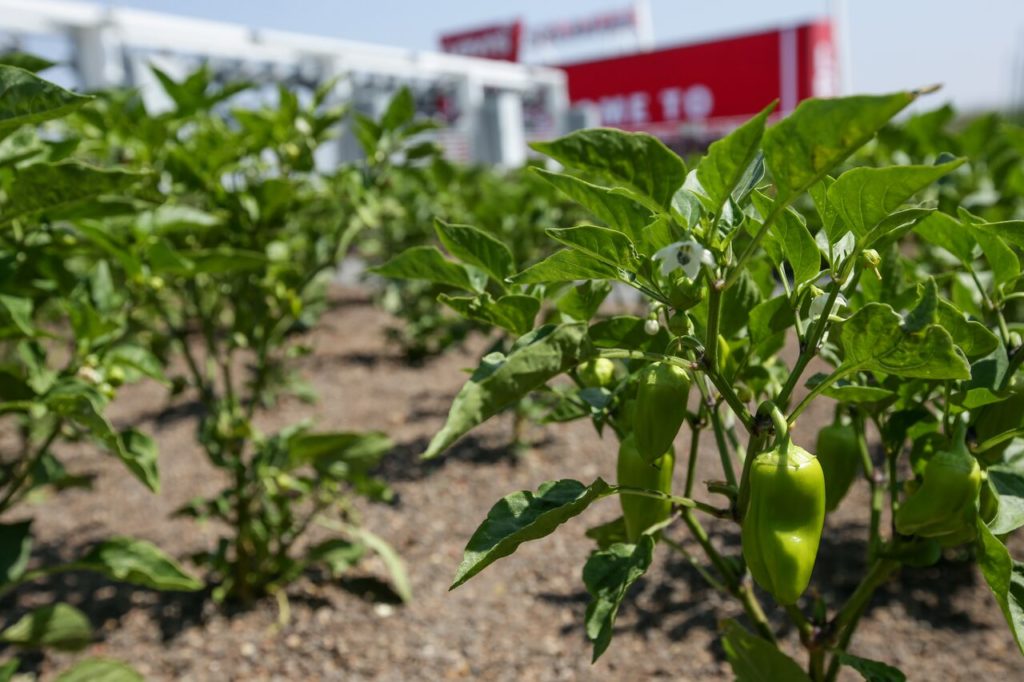