Leveraging the Power of Sports to Promote Sustainability

Leveraging the Power of Sports to Promote Sustainability 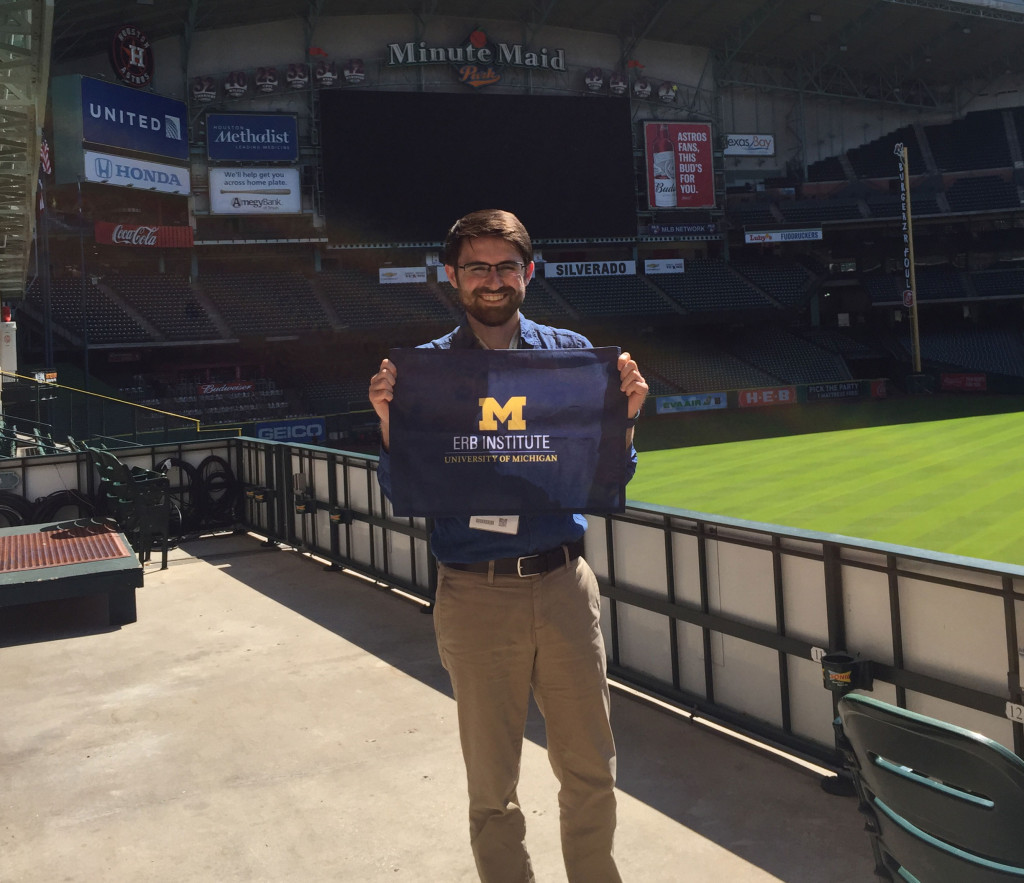 Sports organizations are increasingly leveraging their cultural and market influence to promote sustainable communities. Last month, I had the opportunity to attend the 2016 Green Sports Alliance Summit at Minute Maid Park in Houston, Texas where I heard stories on this topic from a wide array of sports practitioners and league representatives. A longstanding interest of mine, the intersection of sports and sustainability is at the forefront of my SNRE master’s project work with the National Football League’s (NFL) Green Bay Packers.

The Green Sports Alliance (GSA) is the leading organization working on sustainability issues with professional and collegiate sports teams, venues, and events. Established five years ago in the Pacific Northwest with just a few local teams, the GSA now counts over 370 teams and venues among its membership. Below are a few takeaways and observations from last month’s Summit.

Teaming Up With the Community
At the Summit I spoke with Linda Gancitanois, who was honored by the White House last year for her work as the founder of the “How Low Can You Go?”energy challenge in Florida. Teaming up with the National Basketball Association’s (NBA) Miami Heat, the program connects 80 local schools in a friendly and educational energy-saving challenge. Each year, the winning schools are recognized on court at a Miami Heat game during the NBA’s Green Week. For the 2015 challenge, participating schools saved an impressive 1.5 million kilowatt hours of electricity and lowered their energy bills by nearly $150,000.

Striking Corporate Partnerships
Collegiate sports programs such as the University of Colorado at Boulder and the University of Texas at Austin have established sustainability partnerships with corporations such as BASF, Wells Fargo, PepsiCo, White Wave Foods, and Coca-Cola. Sponsorships such as these are a true win-win for both parties. Athletic departments have greater capabilities to take their sustainability programs to new heights while the corporations receive positive recognition that boosts their on-campus recruitment efforts.

The University of Colorado’s sports sustainability efforts are perhaps the most advanced in the nation. Among their recent initiatives, the University athletic department teamed up with corporate sustainability partner Wells Fargo to launch its Water for the West Campaign in early 2016. The Campaign aims to raise awareness of water conservation in the region through a pledge campaign and in-game interactions such as the Wells Fargo “Make it Rain” half-court shot competition at basketball games.