Less Carbon than London 2012? Everything you need to know about Tokyo 2020’s Sustainability Plan

Less Carbon than London 2012? Everything you need to know about Tokyo 2020’s Sustainability Plan 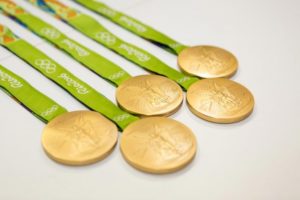 Medals for the Games will be manufactured out of recycled metal (Credit: Tokyo 2020)

The organising team behind the Tokyo 2020 Olympic and Paralympics has calculated that the Games will have a lower carbon footprint than Rio 2016 and London 2012 – widely considered to be the first sustainable Olympics.

According to the second (and final) version of the Tokyo 2020 Sustainability Plan, the upcoming Games is expected to have a carbon footprint of 3.01 million t-CO2 (metric tonnes), compared with the 3.45 million t-CO2 emitted as a result of London 2012.

This has decreased further to 2.93 million t-CO2 following a venue review, which forced the organising committee to use existing facilities due to spiralling costs, reducing construction commitments.

Around 58% of the venues used for the Games will be existing. However, the “passively designed” (which harness natural light and ventilation) five new facilities, including the Olympic Stadium, Village Plaza, Ariake Arena, Musashino Forest Sport Plaza and Ariake Tennis Park, have contributed to the low carbon estimation.

To hit its target of zero carbon (albeit a target that is not a “concrete numerical figure” but an “ideal direction of effort”), new facilities have been constructed with concrete made with recycled frames and recycled vinyl floor materials.