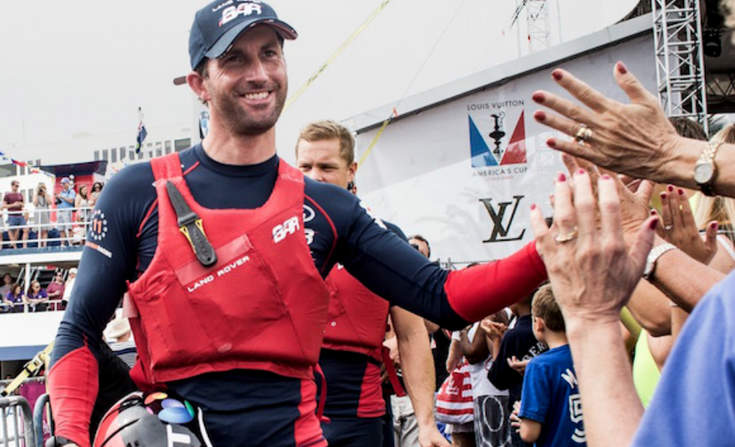 Susie Tomson, sustainability manager for Land Rover BAR, laughed modestly when she and her colleagues were termed 21st century sailing-sustainability equivalents of 1960s and 1970s NASA scientists — minus, of course, the starched white shirts and thin “just the facts” ties.

Modesty aside, what Tomson and the Land Rover BAR team, along with exclusive sustainability partner 11th Hour Racing, are doing, sustainability and business-wise, has the chance to disrupt the way sailing race teams operate, while also helping Land Rover BAR win the 2017 America’s Cup. In other words, it’s like an Apollo program for sailing. How are they doing this?

It starts with Life Cycle Assessment (LCA), a technique that assesses the environmental — and financial — impacts associated with all stages of a product’s life from cradle to grave (for example, from raw material extraction through materials processing, manufacture, distribution, use, repair and maintenance, and disposal or recycling).

“When the team was forming, its goals were clear: Win the 2017 America’s Cup in Bermuda and do so in the most environmentally, socially and financially responsible way possible.”

Over the last five to 10 years, the LCA approach has been adopted by a wide variety of iconic companies, from Apple to Unilever; Levi Strauss to Xerox. The sailing industry? Not so much. So why did Land Rover BAR decide to take the lead?

Because skipper Sir Ben Ainslie and Land Rover BAR felt that being the most sustainable sailing team would make them the most efficient, financially and on the water. And doing so would help make its playing field — the oceans — cleaner, healthier and more hospitable to the sport.

Thus, when the team was forming in 2013, its goals were clear: Win the 2017 America’s Cup in Bermuda and do so in the most environmentally, socially and financially responsible way possible. While it’s easy to tell whether the boat wins the race, it’s not so easy to know all of the environmental, social and financial impacts of the journey that would get the team from inception to finish line.

That’s where LCA came in — as the detailed scoreboard that measured Land Rover BAR’s environmental and associated financial impacts attendant to building the race boat and the support boats.

“We knew that, in addition to the race boat, we’d be building a number of test boats,” said Tomson. “All would have significant material and energy inputs. It was important to us to know the carbon impacts of all of our boat-building efforts. So we started creating an LCA model for the boat-building process from the very beginning. ”