The Green-Sports field is so rich and deep that we are offer a full Earth Week’s worth of columns, starting today.

Of course, the field’s richness and depth is directly related to the existential and immediate nature of our climate change problems.

Per the 2018 Intergovernmental Panel on Climate Change (IPCC) report — as well as other studies — humanity has a dozen years, max, to cut carbon emissions in half in order to avoid the most calamitous effects of climate change.

And yet to date, sports has largely taken a hands off approach when it comes to climate change, with a handful of exceptions.

People come to games to be entertained and climate change is not an entertaining topic. Teams, leagues and college athletics departments have taken a wide range of substantive green actions but most have been kept in the shadows. Why rock the boat, annoy sponsors and some fans?

It says here, with only a dozen years to dramatically decarbonize, rocking the boat should be the least of sports’ — or any other industry’s — worries.

In fact, many say the world needs to engage in a mobilization on par with World War II or the Apollo “Moon Shots” to attack the climate problems at the required scale and pace.

So now is the time for industry, government, individuals and, yes, sports, to go BIG on climate.

In honor of Earth Day, GreenSportsBlog asked luminaries from the Green-Sports world and beyond to offer up their ideas — brainstorm-style — for Sports-Climate Change MOON SHOTS.

So enjoy, and feel free to share your own MOON SHOT ideas in the comments section below.

Fan travel is the greatest source of emissions in sport.

Imagine if sports fans everywhere could be part of the biggest team in the world fighting climate change, with a mission to create the world’s largest carbon offset project.

We would achieve this by inspiring sports fans to make a commitment to never travel to a game with less than at least three other fans — in whatever form of transportation — and measure the shared miles traveled. The resulting emissions reductions would be monetized by a corporate sponsor(s). The funds generated would be allocated to climate change-related projects, from renewable energy generation to climate change education to climate refugee resettlement and more.

And the best part, is that the technology exists this now.

I would love to see an NFL “Meatless Monday Night Football” campaign!

Host teams for all Monday night football games would serve only vegetarian or vegan foods at their concessions and encourage fans watching at home to go veggie during the game as well. ESPN, which broadcasts the games on cable, would only serve vegetarian/vegan food to their cast and crew as well as at their Bristol, Connecticut studios. On-air talent would promote the veggie/vegan options heavily, with a contest among the host cities for the best Monday Night Vegetarian/Vegan Fare. 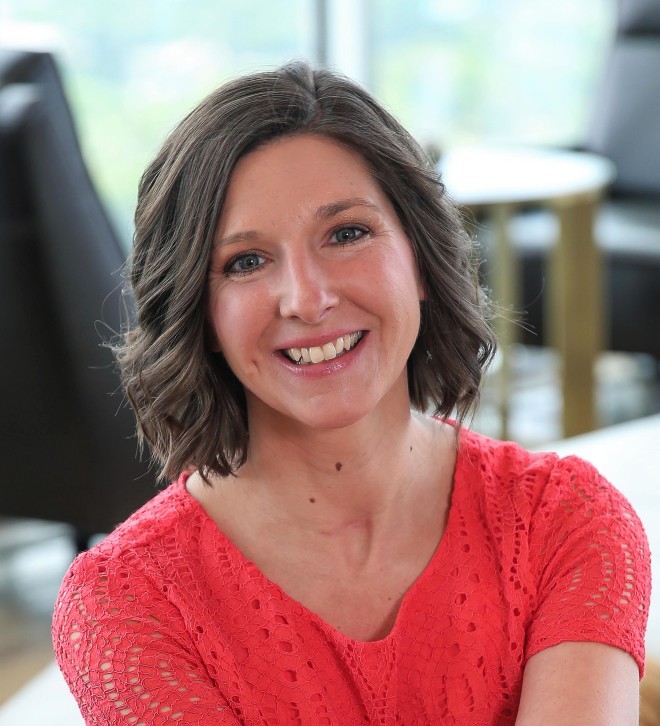 I’ll probably get booed out of the stadium for this idea¹ but the environmental impacts of meat consumption are a real issue. Meat production generates 18 percent of the world’s man-made greenhouse gases, according to the United Nations Food and Agriculture Organization. And Americans are consuming way too much meat. To be precise, the average consumer ate 222.2 pounds of red meat and poultry in 2018, surpassing a record set in 2004, according to the U.S. Department of Agriculture. I think we could all stand more Meatless Mondays for our health and for the earth’s.

We’ve suggested to the UN and to the English Football League³ (EFL) that ground grading regulations — enough food and restroom facilities, disabled access, etc. — should include environmental measures. Simple things like recycling facilities, no single use plastics, charging facilities for EVs, bicycle parking and meat and dairy free food options. Even use of green energy is simple enough.

Clubs should be required to put these greening initiatives into match day programs and on stadium advertising. 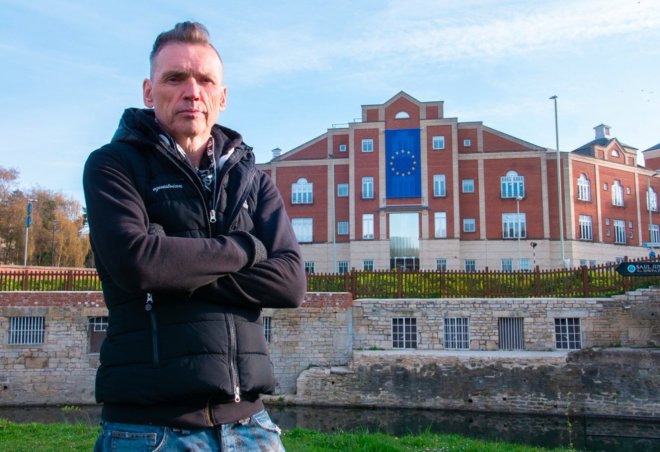 Governing bodies could insist on minimum standards like these, and perhaps run league tables/standings that would end up highlighting clubs that go over and above the minimum on the environment— giving a different measure of club performance.

The next stadiums or arenas to be built will feature Circular Operations. This means that these buildings will be self-sustaining across four key metrics: zero-waste, carbon-neutral, water-neutral and energy positive. 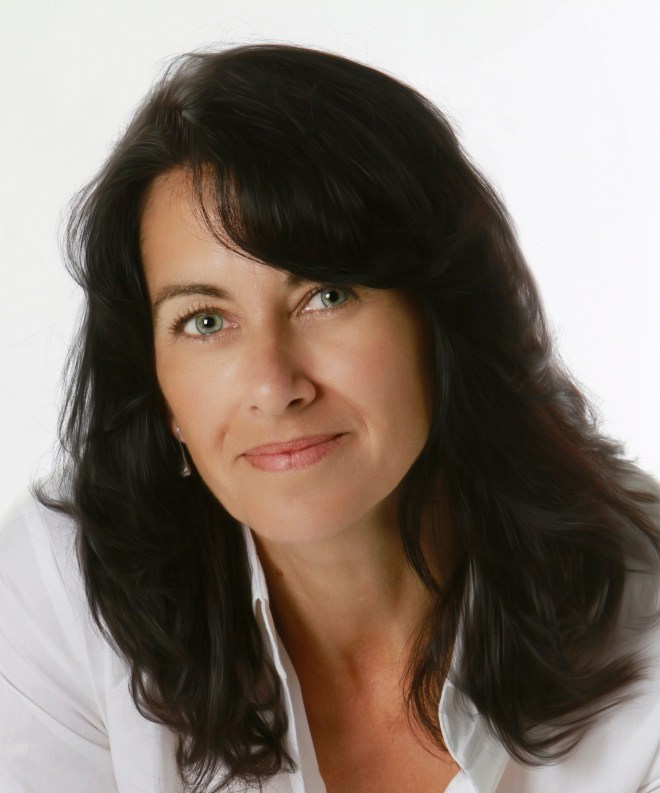 They will be entirely self-contained, with circular usage systems and net-positive designs (for example, stored energy put back into the grid at downtimes and use as an emergency shelter). Venues that operate circularly will shoulder their responsibility by becoming a ‘Beacon-on-the-Hill’ community asset.

The Idea: All major pro and college sports leagues adopt ecological foot printing as a measurement tool support their efforts to become One Planet Leagues.

The Background:  Ecological foot printing is considered the ’true north’ of environmental performance and is the only metric that measures how much nature we have and how much nature we use annually. An ecological foot print calculator will determine how many acres of biologically productive land are required to support an organization’s — including players, staff, fans — impact measured against the biological capacity of land available within a given country, region, or city. 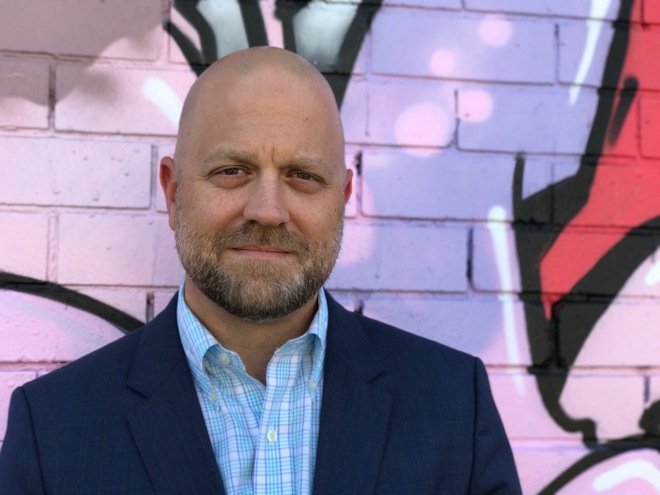 Humans are consuming natural resources each year faster than the planet can replenish those same resources. This is called ecological overshoot.

In pro football terms, we are way over the salary cap before training camp begins.

By adopting strategies and tactics to deploy ecological foot printing, sports organizations would become One Planet Leagues and Teams, proving they are playing and operating within the resources of One Planet. The beauty of this tool is its scalability. Imagine if sports took this on and inspired millions of fans across North America to live One Planet lifestyles!

We know the average attendee of a sports event generates a carbon footprint about seven times greater than somebody going about their every day life; with transport being the largest contributing factor, followed by food and then energy. This doesn’t even consider the infrastructure of stadiums and venues, team travel and so many other factors. We never want to get to a stage where going to see our favorite team becomes untenable because of climate change. 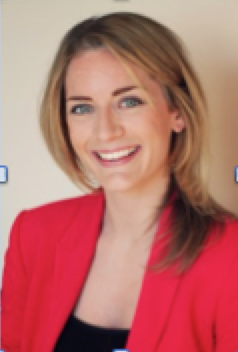 Thus my moon shot idea is for all sports organizations around the world to measure, publicly report and significantly reduce carbon emissions through all aspects of their operations, and reward fans for doing the same.

The platform to do this already exists, with the recently launched UNFCCC Sports for Climate Action Framework. The likes of the World Surf League, FIFA, UEFA, the IOC, the New York Yankees and Formula E have already signed up, clearly moving this moon shot idea into the realm of possibility.

Imagine a campaign in which fans are encouraged and rewarded for using alternative transit methods to get to the stadium or arena. I’d love to see a team-sponsored game-day transportation system imbued with the vibe of a party bus. This will incentivize the use of public transit, especially among the younger fans teams are concerned about reaching.

And no one will argue with the results: Reductions in 1) the negative environmental impacts that go with travel in single-occupancy-vehicles, 2) traffic and the stress that goes with it. 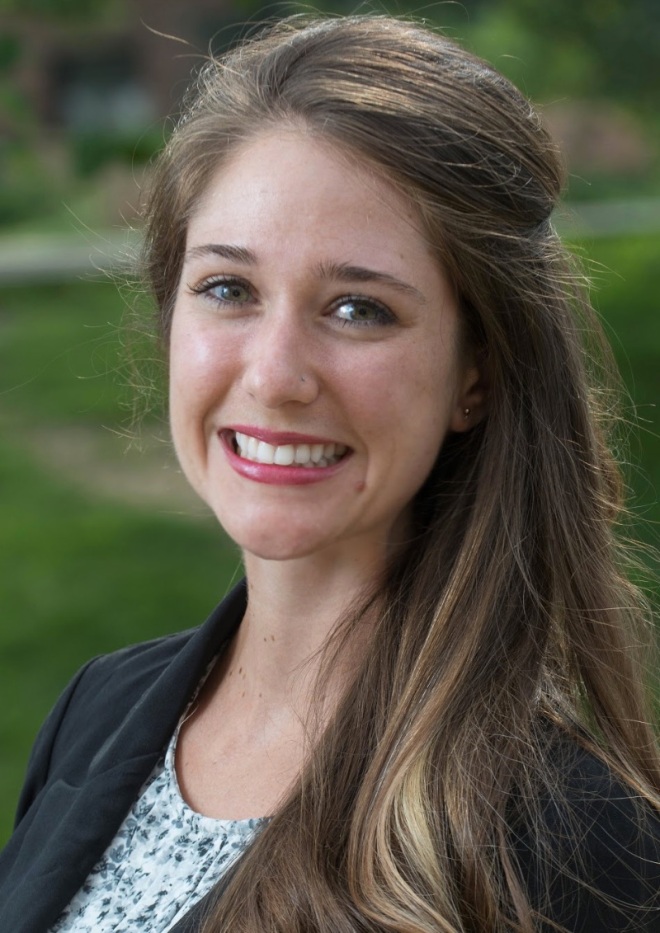 The most important sports-climate change moon shot idea I can think of is for Auburn Athletics — and all other athletics departments — to achieve carbon negativity. They would do this by eliminating or sequestering more carbon than they produce, creating a net overall carbon reduction. 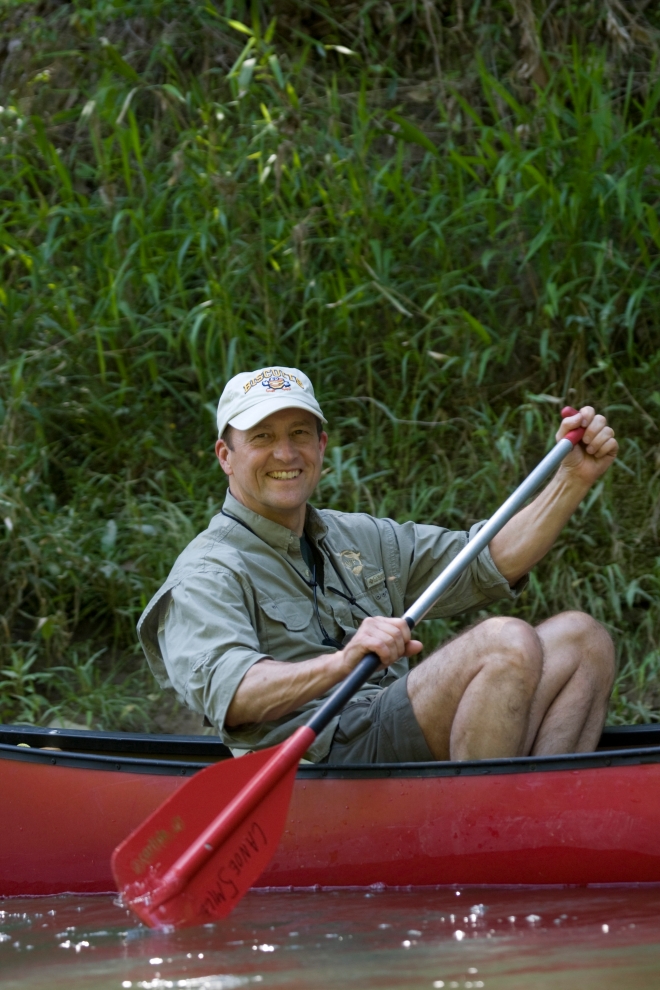 Let’s use the NFL as an example. Have each of the 32 teams nominate an Eco-Athlete of the Year and then pick one to be the league’s winner, a green NFL Walter Payton Man of the Year Award. Bring as many of them as possible to Washington, D.C. to lobby for climate legislation. 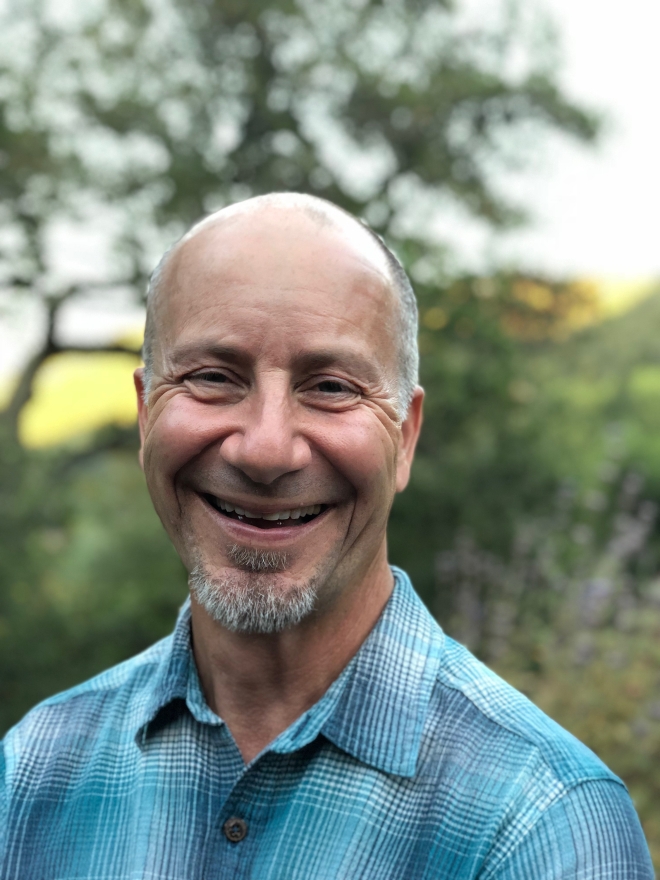 The NFL is America’s most popular sport by far. And its brand image is corporate, conservative and establishment. If the NFL goes big on climate, that will have incredible ripple effects to all sports and beyond. So that’s why my first call with a MOON SHOT idea is to commissioner Roger Goodell.

I tell the commish to “imagine that the league administers a contest among its 32 teams that asks attendees to take positive green actions — recycling, composting, using mass transit to games, and purchasing plant-based food at concession stands to name a few.” 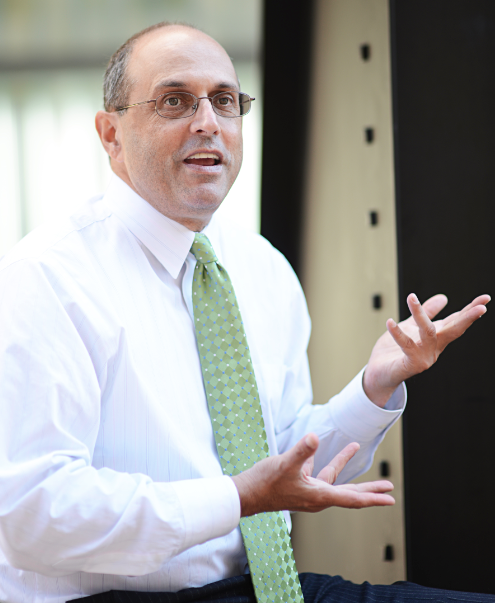 Taking into account stadium capacity and other issues to make sure there’s a level playing field, the league will award the team with the greenest fan base an additional pick in the third round of the next NFL Draft.

And finally, given sports organizations’ maniacal pursuit of Millennial and Gen-Z fans, it’s fitting that we close with not one but EIGHT MOON SHOT IDEAS from a young, future Green-Sports practitioner who will be living with the effects of climate change…

What if a fan could get season tickets after recycling a certain amount of plastic?

What if instead of buying a new jersey, your favorite team would repair your old one?

What if teams allocate space in tailgate areas for local, organic and plant-based food vendors? 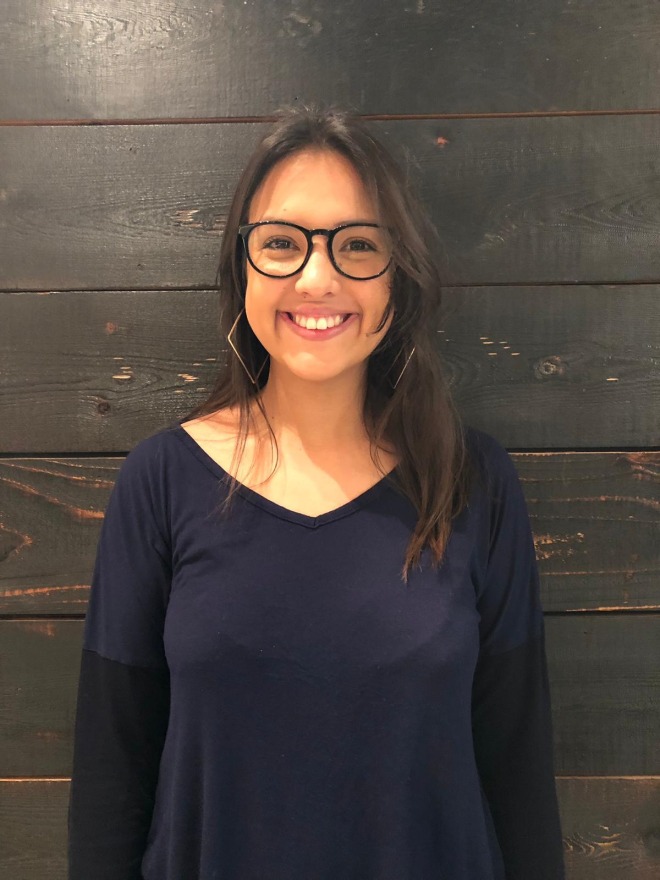 What if, by reducing the waste in the stadium, the home team lets fans know they are saving the team money in hauling and landfill costs and that saved money will be invested in (hopefully) better players?

What if being sustainable becomes part of the score of the game? As in when announcing the final score, a broadcaster also mentions how much carbon was saved by the home team’s green actions.

What if, to be drafted or signed by a team, players have to commit to engaging with a climate change-fighting nonprofit?

What if big leagues such as NFL, NBA, UEFA required sustainable certifications (i.e. LEED, BREEAM) for every venue?

What if recruiting fans to embrace sustainable behavior becomes as important as recruiting players?

What if we keep doing things in the same way?

We sports fans have the power to make a big difference in the climate change fight but we have to act now!

Sports, a powerful universal language which connects billions of people around the world, has been a powerful channel over many decades for the fights against racism, war, terrorism, gender inequality and more. What is stopping us right now from using it to make a positive impact on climate change, at scale?

Either we take action now or we continue to ignore the climate problem until some “then” in the future, but…

What if then is too late?

The world, including the sports world, can’t let that happen!