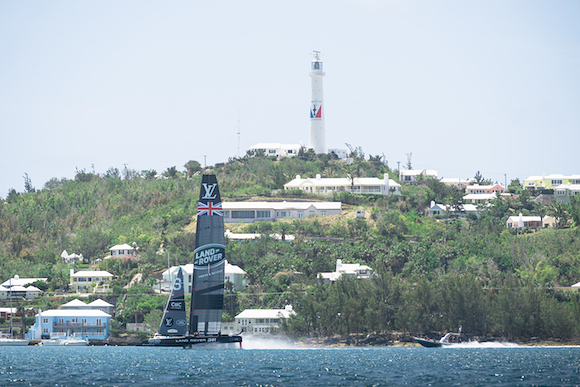 Six months after returning to the UK from Bermuda – where the team were based for the 35th America’s Cup – Land Rover BAR are now sharing their learnings and achievements in the Bermuda Sustainability Report; namely that large sporting events present a unique opportunity to leave a lasting legacy and a positive impact in the communities where they are hosted.

The report covers the activities undertaken in preparation for and during the team’s relocation to the island at the end of 2016, through to their return home to Portsmouth in July 2017, and has been created in collaboration with the team’s Exclusive Sustainability Partner, 11th Hour Racing.

Land Rover BAR was publicly launched in June 2014, with the goal to win the America’s Cup alongside becoming one of the most sustainable sports teams in the world. In these three years the team have scored many firsts, one of which was to become the first professional sports team in the UK to construct and operate from a BREEAM excellent standard building.

The team was determined to have as minimal an operational impact on Bermuda as possible, through extensive resource planning of the team base and featuring modular design for easy and low waste construction and deconstruction; to create a space that would need to function as a VIP hospitality lounge, a specialist manufacturing facility, a training set-up for the sailing team, a design office and a public interactive exploration zone. The team’s Sustainability Manager, Amy Munro, was particularly focused on finding useful reuse options within the local community and charities, or effective recycling when the team left the island.