This is an embarrassing time for all sailors when the management of our most important grand prix event chooses to ignore its obligation to protect the waters upon which we pursue our passion. 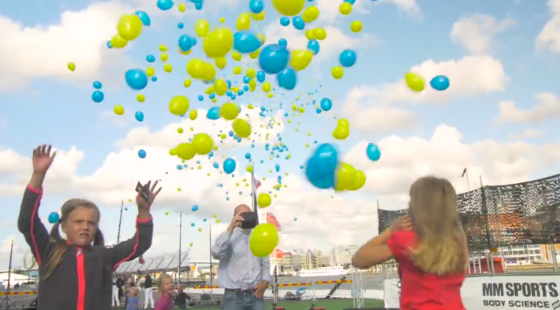 What goes up, must come down. Sea turtles, whales, birds and 267 other sea creatures are known to have suffered from ingestion or entanglement from plastic debris in the ocean. Researchers from Queensland recently found that in one study, 78% of the plastic recovered from a sample of sea turtles came from eating balloons. Image credit: Screen shot from video on America’s Cup Facebook Page.

The recent lax environmental oversight of the 35th America’s Cup Event Authority has damaged the reputation of this hallowed institution. After achieving the highest honor possible during the 34th Cup for implementing environmental sustainability best practices, it is surprising that the organizers would pollute the ocean by releasing balloons in Gothenburg. Or stand by while eleven acres of marine habitat are destroyed to increase the size of the race village in Bermuda.

Given the enormity of the environmental crises facing our planet, a few balloons and some habitat destruction may seem insignificant. However it will take a concerted effort from all of us working together to save our earth. The commitment by the America’s Cup Event Authority and Louis Vuitton in the past America’s Cup was evidence of people bonding together to be stewards of our oceans. All of us, as leaders in the sailing community have a profound responsibility to lead by example. It is what inspires each individual to believe that they too have a part in change. Thus we strongly urge this America’s Cup team to recognize their mistakes and renew their strong commitment to our environment, our shared home.

Implementing environmental sustainability best practices at every location is possible and the America’s Cup Event Authority has demonstrated they can create world-class events with a small footprint. We saw this realized in the sustainability effort throughout the events of the last edition. It just takes personal commitment.

As a title sponsor of the event and member of the LVMH group, Louis Vuitton has a responsibility to demand changes be made as to how the America’s Cup manages its environmental footprint. The Environmental Charter signed by LVMH’s CEO, Bernard Arnault in 2001 specifically states that the Group Companies will: 1) Aim for a high level of environmental performance; 2) Foster a collective commitment; and 3) Control environmental risks. 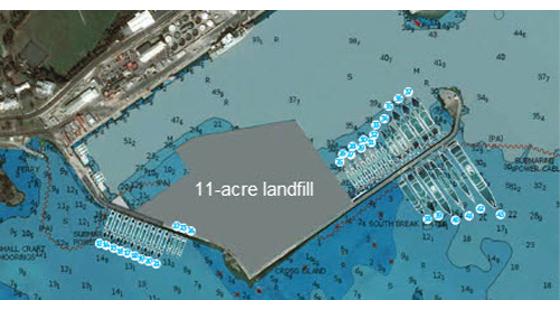 The proposed landfill in Bermuda will bury 11 acres of marine habitat and is known to support protected species including sea turtles, eagle rays and parrotfish.  Image credit: Sailing Scuttlebutt