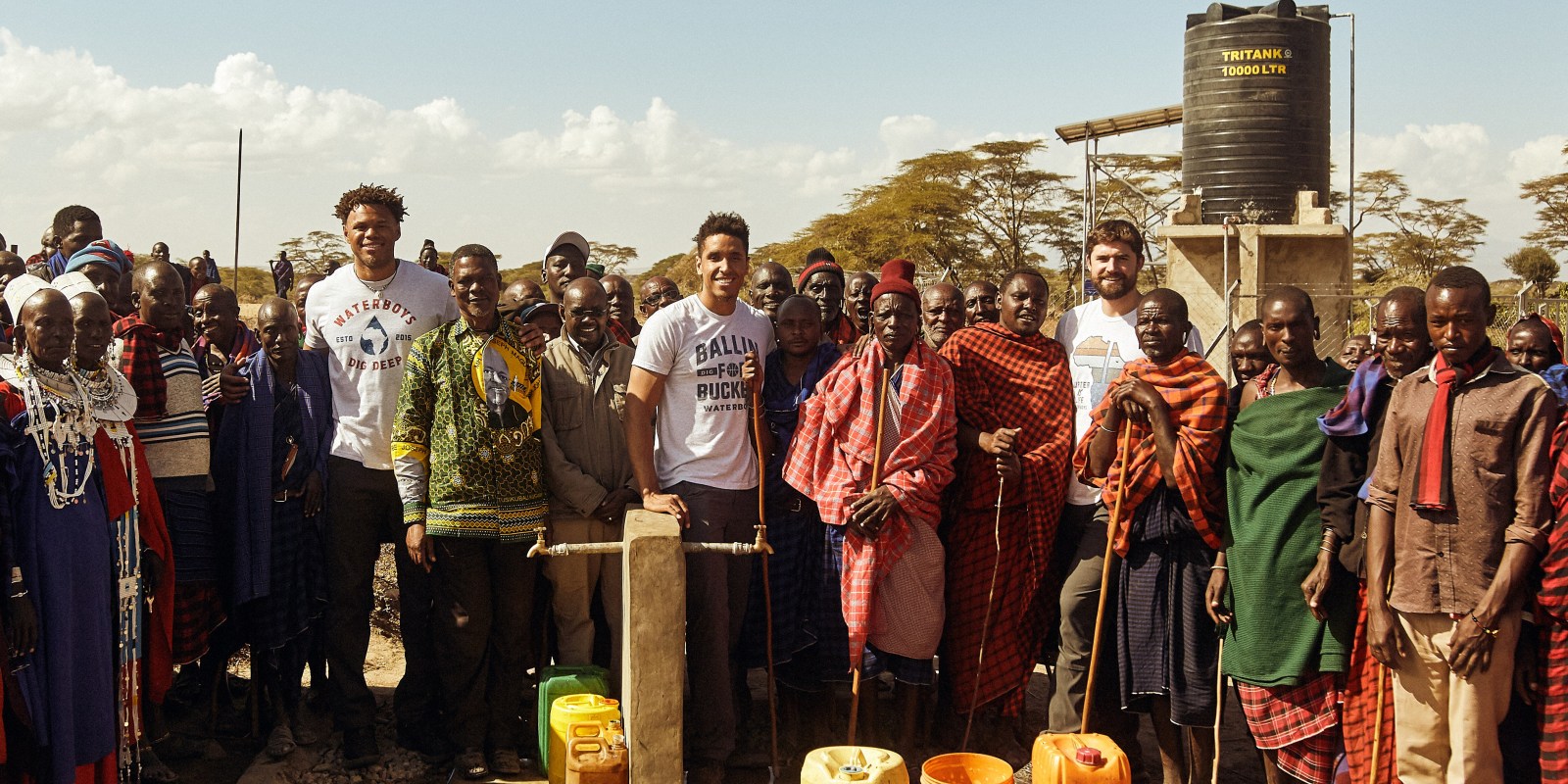 What a year 2019 has been for Malcolm Brogdon.

On the court, the versatile 6′ 5″ guard had the best season in his three year pro career, helping the Milwaukee Bucks reach the NBA Eastern Conference Finals. A free agent at season’s end, Brogdon moved to the Indiana Pacers over the summer, signing a four-year contract.

Off the court, Brogdon launched Hoops₂O, a nonprofit that raises funds to build clean water wells in East Africa which provide fresh drinking water to communities in need.

GreenSportsBlog caught up with Pacers’ guard last Wednesday at Barclays Center during the team’s shoot around before that night’s game against the Brooklyn Nets. Brogdon’s 21 points, 13 assists and 8 rebounds played a key role in Indiana’s 118-108 win.

Malcolm Brogdon did not, as one might expect, go on a Caribbean vacation immediately after signing his four-year contract with the Indiana Pacers in July.

Instead, the University of Virginia product traveled to Tanzania in East Africa, along with Hoops₂O teammates Joe Harris (Brooklyn Nets) and Justin Anderson (currently a free agent after last playing with the Atlanta Hawks) to witness the opening of the first well that was funded by the organization.

This was not Brogdon’s first trip to Africa — he traveled to Ghana in West Africa and Malawi in East Africa as a child. Seeing the effects of extreme poverty and water stress in those countries gave the Pacers new point guard the drive to use his platform as an NBA player to make a difference in Africa.  “I saw from a very young age the value of clean water in communities in Africa,” Brogdon said last year. “I made a promise to myself that once I reached a time and place in my career where I could do more, I would.”

Last season, the Hoops₂O “starting five”, which also includes Garrett Temple (Nets) and Anthony Tolliver (Portland Trail Blazers), asked fans to get involved by participating in the “Ballin’ for Buckets” campaign. Supporters pledged a dollar amount per stat line (i.e. points Brogdon would score, the number of 3-pointers Tolliver would hit) for one of the Starting Five players for the month of November. They raised over $250,000, enough to fund the digging of five wells¹.

“We expect to double our fundraising to $500,000 this season,” the ascendant fourth year guard told GreenSportsBlog after the Pacers’ pre-game shoot around at Barclays Center prior to helping lead the Pacers to their first victory in the young season over the Brooklyn Nets. “This will allow us to double our well production and the amount of clean water provided.”

A fundraising dinner in Indiana as well as fan-supported three-point shooting contests between team members — Brogdon, Harris and Temple will get after it in Brooklyn later this season — will help Hoops₂O achieve its goal. And new team members Donte DiVincenzo (Milwaukee Bucks), Tim Frazier (Detroit Pistons), and Kyle Guy (Sacramento Kings) will mobilize their social networks to chip in on fundraising as well.

Brogdon is confident his new fans in Indiana, as well as his supporters from his days with the Milwaukee Bucks, will open their pocketbooks even though the beneficiaries are in East Africa, a half a world away.

“People in Indiana, Milwaukee and elsewhere in the midwest, especially in rural areas, have their own water issues,” Brogdon said. “They appreciate the dire need for clean water in East Africa and in other places. People have been great — the response has been positive every time I’ve talked to someone about what Hoops₂O has been doing. They don’t see a downside because there is none.”

Hoops₂O has patterned and combined its efforts with those of Waterboys, the five year-old nonprofit that pioneered the pro-athletes-fund-wells-in-East Africa model. Led by Brogdon’s fellow UVA alum and two-time Super Bowl winning defensive end Chris Long, Waterboys’ roster of current and retired NFL players and their fans have raised $3.3 million to funded the digging and operation of 74 wells, serving 300,000 people.

Brogdon smiled broadly when asked about Long’s role with Waterboys and as a humanitarian. “Chris is an amazing, inspirational person,” shared Hoops₂O’s founder. “He truly cares about people. His generosity, vision and ability to turn that vision into action are incredible.”

Long, Brogdon and Company are working to expand Waterboys’/Hoops₂O’s impact exponentially — and quickly. “We will provide one million people in Africa with fresh drinking water who don’t currently have it,” Brogdon stated confidently. “We are going to get this done, if not this season, then by 2020-2021.”

Brogdon was not as bold when he spoke about making the connection between the need for access to fresh, clean water and the need for bold, quick action to take on the climate crisis.

“Obviously there’s a huge connection between the water crises in East Africa and elsewhere and climate change,” acknowledged Brogdon. “But our approach for now is to focus our resources, financial and otherwise, on one thing and that is providing access to fresh water in the areas that need it most.”