In Pollution Fight, the Sailing World Has Just Scratched the Surface

In Pollution Fight, the Sailing World Has Just Scratched the Surface

Ten thousand miles from his current location in Sydney, Australia, Ken Read, the skipper of the 100-foot super maxi Comanche, maintains a morning routine at his home in Newport, R.I. He walks on Gooseberry Beach with his dog Toby. The walk doubles as a morning cleanup mission. 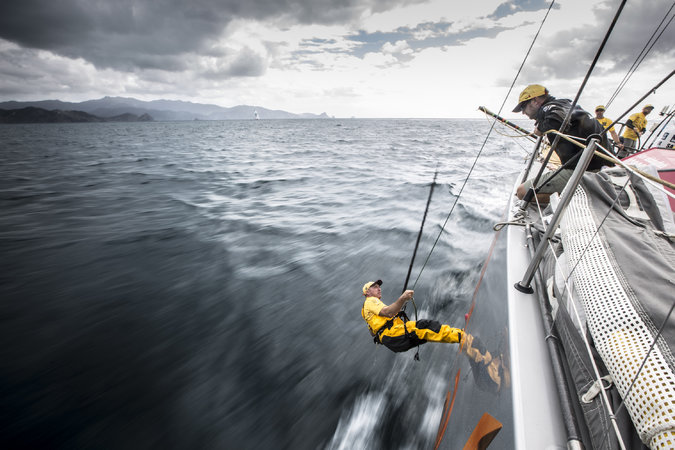 Ocean health is front and center in the sailing world amid concerns over pollution and debris at next year’s Olympic sailing venue in Rio de Janeiro.

It was also a point of contention during the most recent Volvo Ocean Race. And with another Rolex Sydney Hobart Yacht Race set to start on Saturday, no sport seems better positioned to lead the way in illuminating the huge environmental challenges the ocean is bearing.

The question is whether sailors are using that bully pulpit frequently and effectively enough.

“I do think we’re the ideal messengers, but I don’t think we are doing enough,” said Lisa Blair, an Australian skipper and activist who will be taking part in the Sydney-Hobart race in a recently purchased boat she has named Climate Action Now. “There are certainly lots of individuals trying to do work with it and raise awareness, with beach cleanup days and harbor cleanup days. There is a lot going on, but a lot of smaller things. There needs to be a great change towards just the products we are using and the things that we do that have a direct relationship with our environment and the quality of our oceans.”