In a First, an M.L.B. Game Will be Called Entirely by Women

In a First, an M.L.B. Game Will be Called Entirely by Women 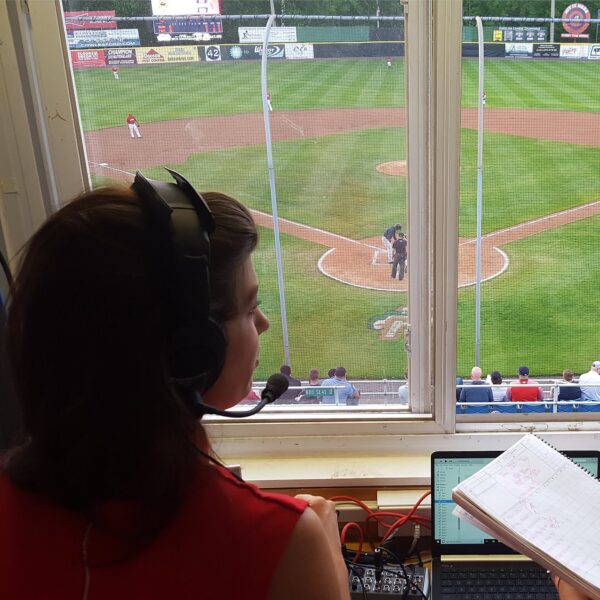 In 2019, Melanie Newman, left, and Suzie Cool became the first all-woman team to broadcast a minor league game. Newman will now be part of the first major league crew to do the same. Diamond Images/Getty Images

Next week, for the first time on a broadcast, fans of Major League Baseball can watch a game in which they might not hear a man’s voice. Five women will serve as the on-air crew for the Baltimore Orioles game against the Tampa Bay Rays from St. Petersburg.

Melanie Newman, the Orioles’ radio play-by-play announcer since last year, will call the action for Tuesday’s game, which will be the MLB Game of the Week Live on YouTube. Sarah Langs, a popular baseball analyst and writer for MLB.com, will be the analyst in the booth. Alanna Rizzo will handle the on-field reporting and Heidi Watney and Lauren Gardner will anchor the pre- and postgame shows.

“It can’t help but feel different,” Rizzo said in a telephone interview. “I’ve always had a male play-by-play voice in my ear during every game I’ve ever done. So, to do a game where those voices are Melanie and Sarah, that will be a unique feeling and a unique perspective of the game. It’s exciting to be a part of something like this.”

Women have been broadcasting baseball games on radio and television for decades, but this is believed to be the first time an all-women team will handle the entire broadcast for a major league game.

Last year, two N.H.L. games were shown in the United States and Canada with all women broadcast and production crews. The broadcasts were presented with women announcers, producers, directors and camera operators. Even the technicians inside the production trucks were women.

But the games they showed were played on March 8, 2020, three days before Rudy Gobert of the N.B.A. tested positive for the coronavirus, and much of the glow from that moment was consumed by the ensuing shutdown of sports over the next few days. 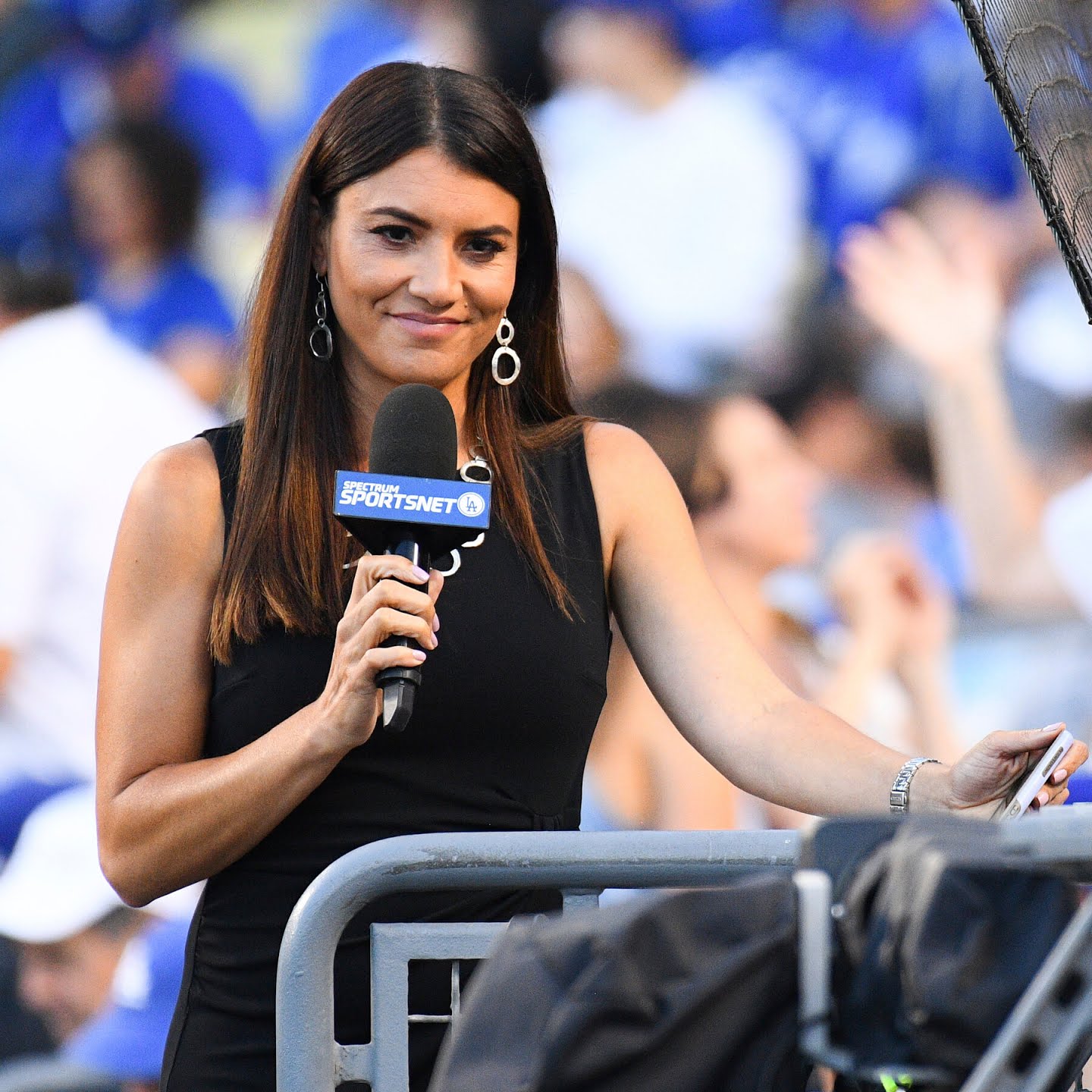 Alanna Rizzo has worked with the Los Angeles Dodgers and MLB Network. She will handle on-field interviews at next week’s game. Brian Rothmuller/Icon Sportswire, via Associated Press Images

Hannah Storm and Andrea Kremer began broadcasting N.F.L. games for Amazon Prime Video in 2018 and in March, a crew of five women handled an N.B.A. game between the Toronto Raptors and the Denver Nuggets. Major League Soccer broke the barrier in 2018, and now it is baseball’s turn.

“It shows that the world is changing and it’s more accepting of different voices and different looks and perspectives of the game,” Rizzo said. “It’s not an all-male game anymore, and we don’t live in an all-male world.”

Rizzo was in high school in Colorado in 1993 when her accounting teacher brought a television into the classroom so they could watch the first Rockies game. Later that same year, Gayle Gardner became the first woman to broadcast a televised game between Colorado and the Cincinnati Reds.

It took almost three more decades before broadcasters would put together an all-woman crew.

“Having the first female tag is something that has come up in my career,” Newman said, “and it’s something I recognize as very important. But we also want to make sure that while we are getting all these firsts in there, that we also are not the last.”

Newman, who grew up in Georgia listening to Jim Fyffe on Auburn football radio broadcasts, called minor league baseball games on the radio for six years, and was part of the first all-female broadcast of a minor league game alongside Suzie Cool for a Salem Red Sox game in 2019. A year later, Newman became the voice of Orioles radio broadcasts.

On June 22, Newman did the play-by-play for a national game between the Texas Rangers and Oakland Athletics on YouTube, which went so well it became the genesis for the plan to form an all-woman broadcast team. According to Noah Garden, M.L.B.’s chief revenue officer, the plan is to make all-female booths a more regular feature of games, and to add diversity of backgrounds and women of color.

The leading pioneer for women in baseball broadcasting is Suzyn Waldman, a regular analyst for the Yankees radio broadcasts since 2005. She did her first game on radio in 1992 between the Mets and the Houston Astros, and within two years she was announcing televised games.

She said that she had been waiting years for the next wave of women broadcasters to join her, but that it had taken longer than she originally expected. She is excited for next week’s telecast, but is unable to tune in because she has her own game to broadcast for WFAN.

“I am looking forward to when this is no longer a novelty event,” Waldman said. “It’s a big deal and I’m happy it is happening, but I can’t wait for when it’s just normal. You would have thought that would have happened by now.”

But Waldman does see progress. She said that she was in contact with half a dozen women who are currently broadcasting games in the minor leagues, and that she hoped more stations and teams would be willing to feature all-women broadcast crews, and allow them to grow in the roles, the way the Yankees did with her.

Newman, Rizzo and Langs all pointed to Waldman as a role model, noting that her success has made it easier for all of them, and others. Langs, who has already served as an on-screen analyst for two M.L.B. games, grew up in New York and heard Waldman on the air.

Langs knows that on Tuesday, little girls can tune in to see and hear an all-woman team of broadcasters talking about baseball and sharing their expertise.

“If hearing and seeing us inspires one more girl, one more young woman, to get into sports,” Langs said, “I will feel like that’s a mission accomplished.”