How T-Mobile Park Is Winning The Long Game

How T-Mobile Park Is Winning The Long Game 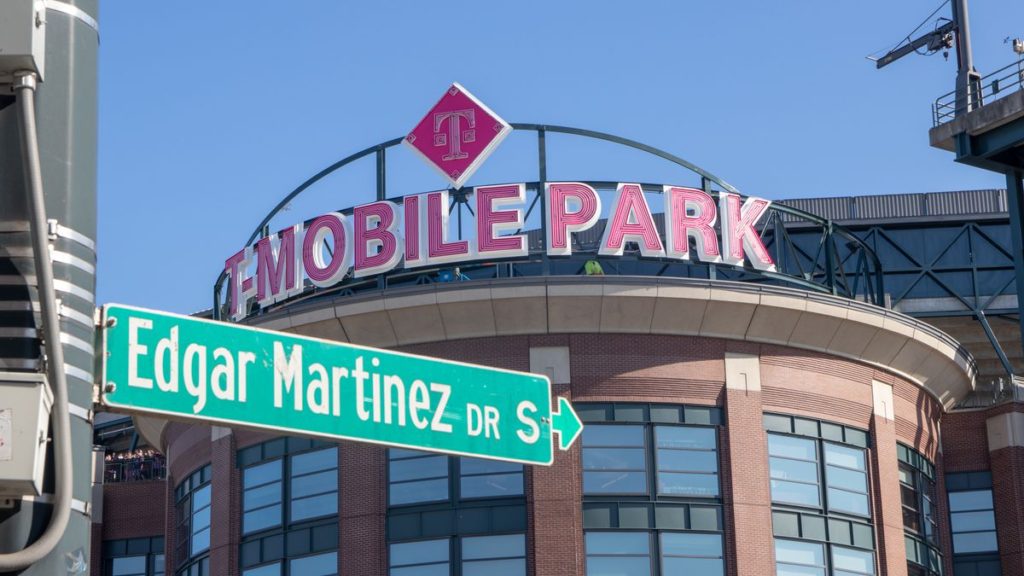 Swirling among the succession of unfortunate events taking place at T-Mobile Park this season, there’s an underlying positive note that deserves amplification.

Long before the Seattle Mariners’ current rebuild was set in motion, T-Mobile Park (formerly Safeco Field) began pushing to become a more sustainable facility. And today, I’m thrilled to say that our breathtaking ballpark, the home of the Mariners, is leading the charge toward greater sustainability across the MLB.

The incredibly important and valuable system of initiatives the Mariners currently have in place are often overlooked, but each succeeds in significantly reducing T-Mobile Park’s impact on the environment.

Let’s dig into the team’s most significant environmental efforts.

Since 2010, the recycling rate at T-Mobile Park has averaged 85%, making it one of the top-ranked facilities in all professional sports. And in 2017, the Mariners successfully recycled 96% of all waste at the stadium, earning them the Green Glove Award for the highest recycling rate in the MLB.

Nearly everything at T-Mobile Park is recyclable or compostable, and as you wander the grounds, an abundance of recycling and compost bins empower fans to contribute to the beautiful ballpark’s sustainability.

The Mariners illuminated the minds of franchises around the league in 2014 by being the first team to light the playing field with LED lights. This impactful switch provided 20-30% greater light, but it required 60% fewer watts, all while saving more than $50,000 in energy costs each season. That’s a monumental step towards sustainability.

Additionally, these dazzling LED lights are expected to last 30 years, which makes this switch a no-brainer when compared to the 3-year life span of the previous bulbs.

Sitting atop the sky bridge that connects the Mariners’ parking garage to T-Mobile Park is an array of solar panels. When the Seattle weather cooperates, these panels help to offset the stadium’s power requirements.

This collection of panels provides half the energy needed to operate the field each year.

And That’s Not All

In addition to these critical alterations to the ballpark, the Mariners created two environmental superheroes named Captain Plastic and Kid Compost. Their mission is to help spread the message of sustainability and environmental responsibility to kids and fans in the stadium and the city beyond.

Plus, the Mariners are founding members of the Green Sports Alliance, a groundbreaking coalition of professional sports teams committed to promoting “greening initiatives” in sports. Launched in 2011, this was the first-time teams from six major professional sports (MLB, NFL, MLS, WNBA, NHL, NBA) had collaborated on a common environmental agenda. Since its launch, over 300 sports teams and venues from 20 different sports leagues and 14 countries have joined the Alliance.

I believe that for both individuals and organizations, working toward greater environmental sustainability is the most responsible action we can take. For an organization at the scale of the Seattle Mariners, it’s even more critical to not just be a participant, but to be a leader in the fight against climate change. It’s a shining example for other regional businesses (there are just a few of those) and for the millions of fans who attend the Mariners games each year.

I praise the Mariners for their commitment to sustainability. In a season of rebuilding struggles and on-field woes, these environmental initiatives are a clear and powerful “win” to raise up and applaud as the home run that it is.