How Sport Can Promote Sustainable And Responsible Consumption

How Sport Can Promote Sustainable And Responsible Consumption

By Daniel Gardré, The Sustainability Report 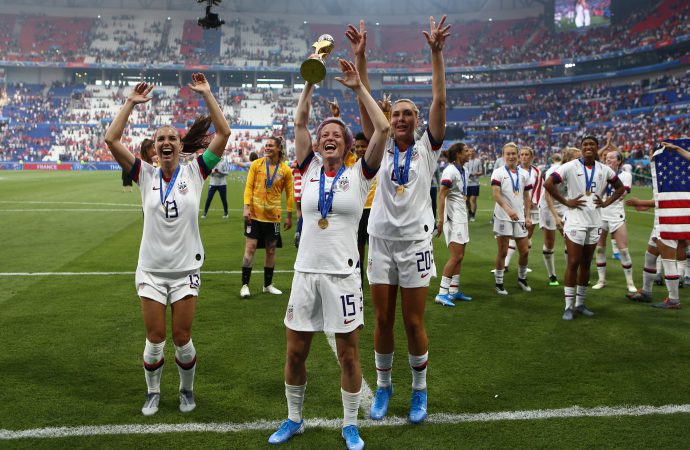 WWF France and the French Ministry of Sport have established a charter for sports events, with principles related to sustainable procurement and consumption. The Sustainability Report takes a look.

When it comes to sustainability, one of the biggest criticisms most organisations face is that they focus on achieving marketable easy wins rather than implementing a meaningful long-term strategy. But given the far-reaching influence sports organisations have over both fans and partners, it is clear that far more can be done.

It is this potential for positive influence that Principle 4 of the UNFCCC Sports for Climate Action Framework focuses on, aiming to encourage “sports organisations and sports events to adopt sustainable procurement policies to motivate providers to develop cleaner options.” That said, with multiple stakeholders involved in hosting any event, how can sports organisations not only adhere to their standards, but also convince partners with their own priorities to respect the same targets?

Simply put, procurement is the process whereby organisations source utilities, works, services and goods. Doing this sustainably requires a refocusing of priorities as traditional value for money considerations must also factor in societal and economical benefits while minimising damage to the environment. How, though, can sustainable procurement be attainable when needs, responsibilities, and priorities differ along the supply chain? As with Principle 2 of the Sports for Climate Action Framework – reduce overall climate impact – it can be helpful to have a central set of requirements to which all sports organisations must adhere.

“We had a group of large event organisers in France who had all come face-to-face with the same issues – ‘what do we mean by responsible food?’, ‘what do we understand about waste?’, ‘what’s the best method to deal with this?’, and it’s with this that we understood the need to align our understanding of what an eco-responsible event really is,” says Mael Besson, head of sport at WWF France.

These discussions led to the development of the Charter of Eco-responsible Commitments for Major Sporting Events in France, developed by WWF France and the French Ministry of Sport in 2017. In its first iteration, it included 15 standards agreed upon by 20 major sporting events in France, including the Tour de France, Roland-Garros, and Women’s World Cup 2019 (main image).

“The objective was to define a standard and some uniform objectives for everyone, and also to define what we could say is an environmentally responsible event or when they simply aren’t doing enough,” said Mael Besson.

These requirements include 50% minimum responsible food, 80% minimum of journeys made in active mobility, by public transport or by carpooling, 80% of purchases incorporating CSR criteria, 25% less waste and 60% of waste reused, recycled or recovered. In June 2019, a further 16 signatories signed up to the Charter, which also became available to managers of large French sports facilities in 2018. Furthermore, the French Ministry of Sport has made adhering to the tenets of the charter mandatory for any large international sporting event that seeks to receive subsidies from the state, further embedding sustainable procurement in French sport.

That said, including unanticipated sustainability targets in procurement outlines has the potential to cause problems along the supply-chain. As with any large-scale organisational move, early planning and clear communication are two of the most effective tools to ensure maximum efficiency while avoiding any last-minute shocks to suppliers.

Late demands of material replacement could not only sour customer-supplier relations, but will also inevitably raise costs by reducing the time available to research cost-effective solutions. One of the key, though unsubstantiated, worries some organisations have about sustainable procurement is rising costs, and so ensuring enough time is given to suppliers for research into sustainable yet profitable options is important. Having a clear vision of sustainable procurement in mind also makes tracking progress far simpler. Indeed, the French Ministry of Sport, again in conjunction with the WWF, created a mechanism for sports organisations.

“We put an auto-evaluation tool in place, which allows signatories of the charter to measure their progress and say, we are at 20% of the objective, or 30% and so on. This way, they have an idea of whether they are on track, or whether they are not doing enough,” said Mael Besson.

One organisation taking determined steps to comply with the targets set in the charter is Roland-Garros, one of the four Grand Slam tennis competitions. Having joined the charter in 2017, the tournament swiftly determined the areas in which it could improve sustainability and set about developing solutions, such as the Good Action Challenge. Developed in conjunction with the Good Planet Foundation, the strategy aims to encourage Roland-Garros’ partners all along the food and beverage supply chain to adopt environmentally-friendly practices. The results have been clear to see, with ENGIE ensuring that the event is powered with 100 per cent renewable energy, while Lavazza reaffirmed its commitment by sustainably sourcing all of its produce.

Reaching out to fans

Another important aspect of promoting sustainable and responsible consumption is building campaigns to encourage the use of greener alternatives among fans. Large sports organisations in particular have huge, highly receptive fan bases – especially when attending matches and events. That said, simply relaying sustainable messages over a stadium tannoy system or on big screens is not sufficient as these messages are often ignored. A far more effective way of reaching fans is to appoint an athlete ambassador, whose popularity can be leveraged to communicate key messages. Finding the right star, though, can be challenging.

“The idea is to incite organisers to broadcast the message through an emblematic person in their sector or discipline,” said Mael Besson. “It’s difficult to achieve this though, for one because they can’t find the sportsperson determined to carry such an eco-responsible message. You need to have a bit of an activist streak in you to do so as a sportsperson.”

Athletes are also confronted with many harmful stereotypes that could make them hesitant about speaking out, such as the idea that an athlete having an interest in anything other than their sport shows a lack of commitment or focus. A rare example of a sports star willing to put his head above the parapet is Arsenal’s Hector Bellerin, who frequently discusses issues such as the environment, reducing the use of plastic, and mental health in the press, and on social media. Most recently, the Spaniard retweeted WWF UK’s Amazon emergency appeal to his 1.7 million followers. It is this popularity that sports organisations seeking to promote sustainable practices should seek to mobilise.