How Cities are Using Sport to Accelerate Sustainable Development

Cities are increasingly using sports events – and sport generally – to strategically improve social, environmental and economic conditions. Dakar will have the opportunity to do the same ahead of the Youth Olympic Games in 2022. 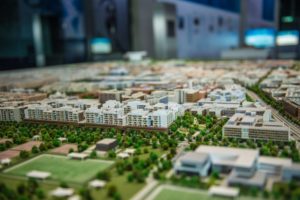 Twelve years after South Africa etched its name into history by hosting the first FIFA World Cup on African soil, Senegal will break new ground when Olympics rolls into town in 2022.

While it’s fair to say that hosting the Youth Olympic Games doesn’t have the same cultural significance as staging a World Cup – or Summer Games that has so far eluded the continent – it will be a good opportunity for the International Olympic Committee (IOC) to test the waters with an event that is increasingly gaining relevance.

Dakar, the nation’s capital, learnt of its bid’s success last month during the 2018 edition of the Youth Olympic Games in Buenos Aires. The two-week event also illustrated what the city can expect in four years time: one million spectators attended the Games, 4,000 athletes competed and 1,200 educational and cultural events were staged.

There’s a lot for the people of Dakar to get excited about. But organising the Games comes with major challenges. Infrastructure must be developed. Legacy aspirations must follow a coherent narrative. Budgets must be managed. And the pressure is on to demonstrate Africa’s suitability for hosting major sporting events.

For Senegal, though, hosting the Youth Olympic Games represents a unique opportunity to accelerate its own development plans. Since November 2012, the ‘Plan Sénégal émergent’ – a wide-ranging piece of government policy – has been in place as the blueprint for achieving a number of medium- and long-term sustainable development goals by 2035.

Universal health cover, drinking water and sanitation improvements, and a public investment programme are three of the plan’s main pillars. More significantly for Dakar, however, is the City Modernisation Programme that will almost certainly be positively impacted by the preparations for the Games.