Houston Has Been ‘Transformative’ with Eco-friendly Sports Arenas, Exec Says

Houston Has Been ‘Transformative’ with Eco-friendly Sports Arenas, Exec Says 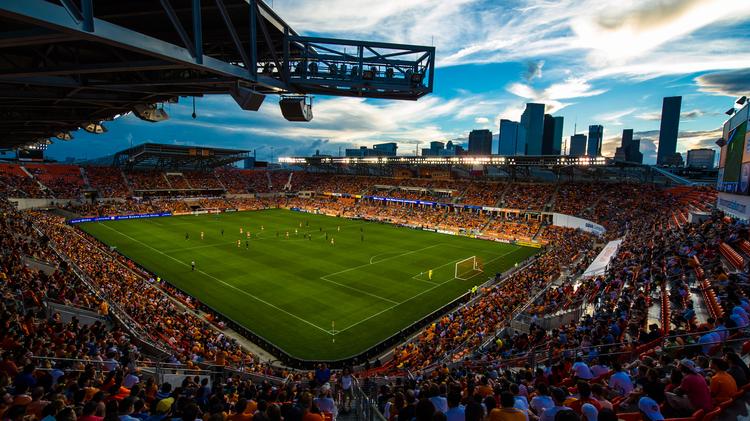 An Oregon-based international nonprofit wants to see a little more green in the world of sports.

That’s not a reference to money, though — the Green Sports Alliance is dedicated to promoting environmentally conscious practices in athletic stadiums around the world. The alliance just spent a week in the Bayou City for its annual summit, where it awards noteworthy stadiums in each major sports league for being a green innovator. Among MLS stadiums, Houston’s BBVA Compass Stadium nabbed top honors.

The conference brought between 700 to 800 people to Houston and had around 500 to 600 hotel nights booked for the conference, said Justin Zeulner, Green Sports Alliance co-founder and executive director. While they were here, Green Sports Alliance members dined at Underbelly, Reef and The Grove; most attendees stayed at the Hilton Americas or the Westin Houston Downtown, he said. It was the four-year-old conference’s first time in the Bayou City, but it won’t be its last, Zeulner said.