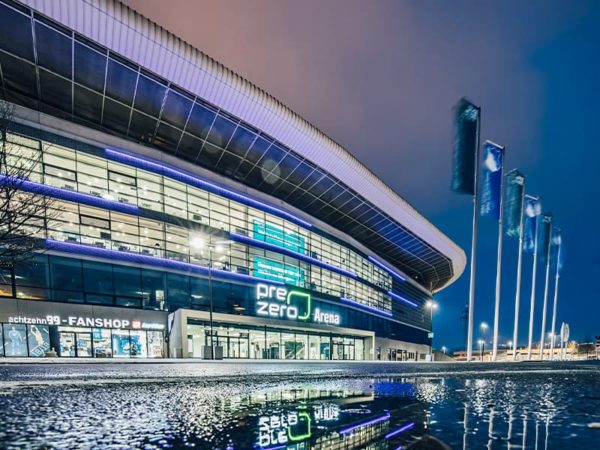 PreZero is GreenCycle’s sales brand in the growing waste management, sorting and recycling market. The company is one of the leading recyclables managers with more than 80 locations in Germany and Europe.

The news follows the recent extension of Hoffenheim’s sponsorship with gambling brand Interwetten.

Part of the German retail group Schwarz Gruppe, which includes supermarket chain Lidl, PreZero first took on the naming rights of the stadium in January 2019 under a deal that was reportedly worth around €4.5m (£4.04m/$5.07m) per year.

Rhein-Neckar-Arena in Sinsheim, Germany – residence of TSG 1899 Hoffenheim – will now be known as PreZero Arena through to June 30, 2025, and Schwarz will also commercially benefit in its capacity as a premium partner of the club. This will include various promotional activities for PreZero, as well as Lidl’s ‘Saskia’ brand becoming the club’s official mineral water partner.

The sponsorship is focused on promoting sustainability, keeping in tune with the club’s sustainability strategy ‘TSG is Movement’. TSG and PreZero have always laid stress on encouraging sustainable business practices since the first deal was struck. The reusable cup system in place at the facility is helping to prevent the use of 500,000 plastic cups per season.

“For us, PreZero is the ideal partner which fits perfectly with our sustainable future strategy ‘TSG ist Bewegung’,” said Peter Görlich, Managing Director of TSG Hoffenheim.

“It is an extraordinary sign and strong signal that the Schwarz Gruppe has placed so much trust in our close cooperation at the present time. We are proud to have a partner at our side who, like TSG, is a driver of innovation in its branch in the Bundesliga,” Görlich added.

Dietmar Böhm, Managing Director of PreZero, added, “Even before we started our partnership in January 2019, we had found that our vision of a world without wasting resources closely matched TSG Hoffenheim’s fundamental understanding of environmental management issues.”

Böhm added, “In practice, this has been confirmed by many successfully implemented projects and actions. We are very pleased that we have now been able to extend this groundbreaking cooperation for an even longer period of time so that we can tackle further sustainability initiatives together in the future.”

The 30,000-seat stadium had been known as the Rhein-Neckar Arena, after the region in which the club is based, and was previously sponsored by renewable energy company Wirsol.

PreZero is one of the leading environmental service providers with more than 3,500 employees at over 90 locations in Germany, Europe and North America. The company offers waste disposal, sorting and processing of valuable materials. Sustainability is in its DNA. PreZero sees itself as a driver of innovation in the industry and its name is self-explanatory: Zero waste of resources in the entire added value.

The idea of a smart cycle, in which all aspects are considered as part of a large whole – starting with the fully usable product, through trading and disposal to sustainable recycling. As part of the Schwarz Group, PreZero is the first company in the market to combine all elements into a closed recycling cycle.

PreZero is involved in REset Plastic, the plastic strategy of the Schwarz Group. The holistic approach ranges from avoidance to design, recycling and disposal to innovation and education. This reduces the use of plastic and closes cycles.