How great is it when an iconic cause-based event like the 2018 Special Olympics USA Games embraces another cause — in this case, environmental sustainability? We’re talking really great.

GreenSportsBlog spoke with the sustainability team for Special Olympics USA 2018 Seattle — Karlan Jessen, Director of Volunteers and Sustainability; David Muller, Sustainability Consultant; and Tim Reeve, Sustainability Advisor — to find out how it came together, what worked well and what could’ve been better.

It was about a year before the July 1, 2018 Opening Ceremonies for the Special Olympics USA Games Seattle took place at Husky Stadium on the University of Washington campus, and an environmental sustainability plan was nowhere in sight.

And, since there had never been a sustainability effort at any of the three prior quadrennial USA Games, the odds were that Green would not be a part of the 2018 version.

Karlan Jessen, David Muller and Tim Reeve collectively and figuratively said “to heck with those odds,” and formed a Sustainability All-Star team of sorts. They created and implemented a greening program in what had to be record time. 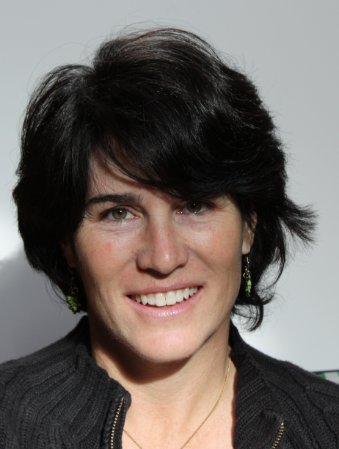 As general planning for the Seattle Special Olympics got started in earnest, Jessen started to get questions about sustainability from some of the event’s existing corporate partners. “ESPN in particular asked about what could be done. Nothing was being planned at the time” Jessen recalled. “I thought there should be a sustainability effort, and even though we only had a year or so to make it happen, I raised my hand. I knew David from our sustainability studies at the Bainbridge Graduate Institute (which later merged with Presidio Graduate School), so it was natural to team up with him.” It wasn’t long before Reeve joined to make the group a triumvirate.

The team quickly established a plan that was made up of six sustainability pillars. Four were environmentally focused, while the other two fall in the social portion of the broad Environmental-Social-Governance (ESG) definition of sustainability:

Microsoft, based in nearby Redmond and the title sponsor of the 2018 USA Games, quickly bought into the social pillars. “Education and legacy were very important to Microsoft,” Jessen noted. “Inclusion, especially fair hiring practices, also was a big deal to them. And when you think about it, the Special Olympics demonstrates inclusion by its very existence!”

“Education and legacy was a home run,” chimed in Reeve. ”

The environmental sustainability portion was more challenging. The success stories came from waste and transportation.

“Our waste-to-recycling program and food donations programs worked really well, thanks in large part to the University of Washington food service team,” reported Reeve. “Recycling is one of the most highly visible examples of a greening program at a sports event so we had to get that right. And we did.” 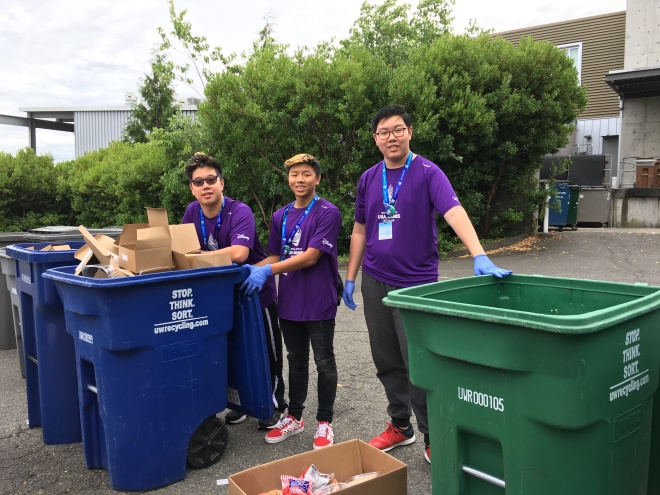 Coca-Cola pitched in by bringing their reverse vending machines to the event. Fans and athletes would put empty plastics into the machine and a 5¢ donation would be made to Special Olympics for each donation. Per Muller, “Final numbers were not made public but it’s safe to say that thousands of bottles were recaptured.”

“Transportation was also a big win — that’s where we saw the biggest greenhouse gas emissions reductions,” added Muller. “The University of Washington was a great set up — it’s compact, very walkable and is located on a transit route. There is a robust bike share infrastructure at UW. Energy efficient shuttles ferried athletes and their families to and from events. And Lyft provided discounted as well as free ride sharing.”

The nearly 4,000 athletes and their families noticed Seattle’s greening efforts around the Special Olympics.

“We had numerous conversations with athletes and their families during the Special Olympics and they were really impressed by the city’s commitment to making this a green event,” recalled Reeve. “A sustainability passport was provided for the athletes for things like transportation so they were involved with the greening effort almost as soon as they arrived in the city.”

In a survey conducted after the Special Olympics among athletes and their families by Brian McCulloughof Seattle University showed that 60 percent said, “My attitude toward environmental sustainably has improved due to the 2018 Special Olympics USA Games initiatives.”

Here’s a note to the leadership group that is organizing the 2022 Special Olympics USA for Orlando: Jessen, Muller and Reeve agreed that a year was not nearly enough time to maximize the effectiveness of a sustainability plan.

“Lack of time really challenged us in terms of getting buy-in on the value proposition of a robust sustainability effort from the CEO and Executive Committee,” noted Reeve. “That kind of early support would have been crucial in terms of being woven into the budgeting and sourcing processes, as well as securing sustainability-focused sponsors. That would have helped us on food donation, signage and more.”

The team had a plan to offset emissions but there was no budget for it.

“About 90 percent of event emissions came from air travel,” Muller said. “We were looking at offset costs ranging from $25,000-$60,000 but there was no budget for it. Had we started earlier, we certainly could’ve found a partner to fund the offsets.”

What kind of time frame would be ideal to develop and manage an effective sustainability effort at a Special Olympics?

Consider that planners for the FIFA 2026 World Cup in Canada, Mexico and the USA will have eight yearsto get sustainability right, and the organizers at the LA 2028 Olympics will have had eleven years since being award the Games in 2017.

Now, no one is saying that the Special Olympics USA is of a similar scale as those two mega events.

Given that’s the case, what is the ideal length of time to put a sustainability plan in place that the team would be proud of?

The verdict was unanimous: