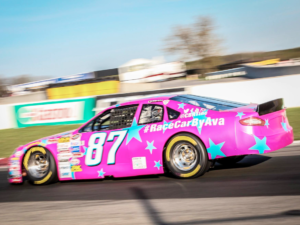 SportsBusiness Journal partnered with the Green Sports Alliance to survey its members and assess the state of — and perceptions and attitudes toward — sustainability efforts in sports.

The GSA works with leagues, teams, venues, events and others to promote recycling, energy and water conservation, local sourcing, safer chemicals and other practices that benefit the environment.

The survey results show that green initiatives continue to face many of the same challenges and perceptions that have kept such practices from becoming more widespread.

Upfront cost was clearly identified as the leading obstacle to implementing green initiatives. Along those lines, close to half reported that their biggest investment in sustainability was over $250,000.

“Everybody wants to contribute and do their part, but when the financials aren’t there, it’s harder for them to do their part,” said Nikolay Panchev, senior vice president of research at Turnkey Sports & Entertainment, which administered the survey.

Among other key takeaways:

■ Recycling, LED lighting and energy efficiency upgrades were the most popular sustainability initiatives — more than three quarters of members reported involvement in them. Roughly two out of three are involved in food donation and composting. “These are the more palatable investments both in terms of cost and how much effort and hours you are going to have to introduce to commit to this,” Panchev said.

■ Roughly 60 percent have sold sponsorships that include “green” assets. That reflects a growing new piece of inventory. “They are starting to figure this out,” Panchev said.

■ Members appear wary of the sports industry’s perceptions of sustainability initiatives as simply “green washing” public relations moves. While GSA members said they engaged in sustainability because they felt it was their responsibility to be good stewards, they also said they did so to cut costs. In comparison, 35 percent described the overall view in the sports industry toward sustainability initiatives as PR, and only 8 percent think the overall industry views the efforts as a cost-saving measure.

The online survey was distributed among the GSA’s approximately 375 members and a total of 63 participated, representing venues, teams, leagues and events. The data was collected from April 25 to May 15. Turnkey administered the survey and processed the results. See the results on the pages that follow.

(Please note that a subscription to SportsBusiness Journal is required to see full article text.)