Green-Sports Startups: human-I-T, Partnering with Sports Teams to Keep E-Waste Out of Landfills

Green-Sports Startups: human-I-T, Partnering with Sports Teams to Keep E-Waste Out of Landfills 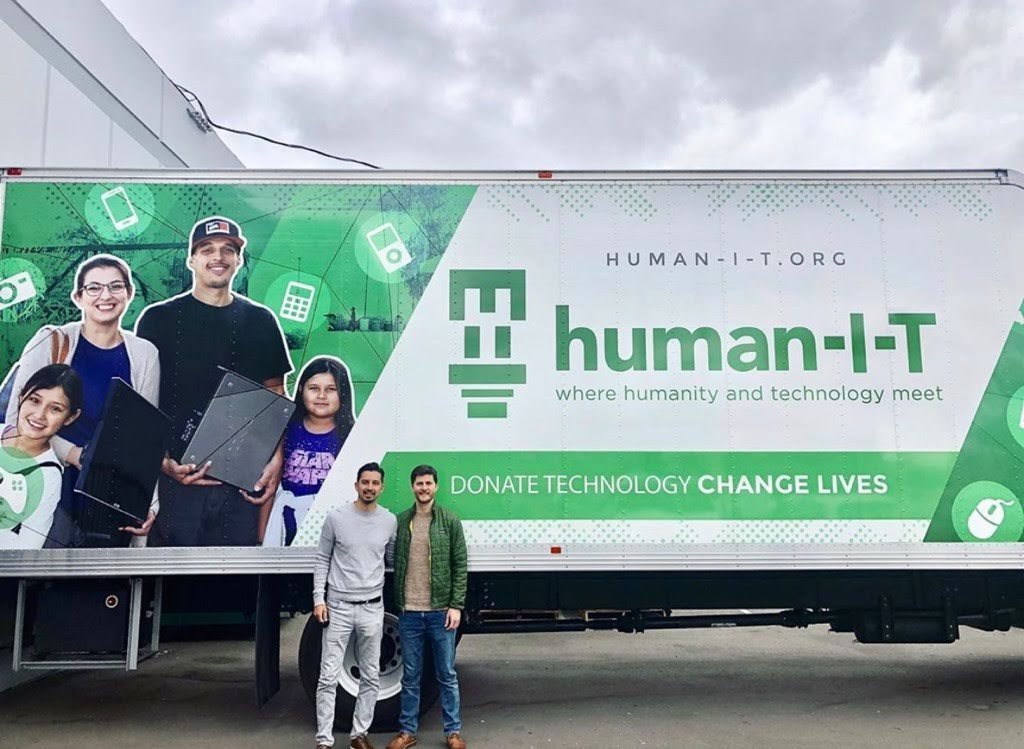 Electronic waste (e-waste) — the dumping of computers, TVs, MRI machines, A/V equipment and more — is a massive environmental and public health problem in the developed world and especially beyond. Over 50 million tons of e-waste is created every year, with only 12.5 percent of it being recycled.

human-I-T is a West Coast startup has come up with a unique spin on e-waste — repurposing computers that would otherwise be trashed and providing them to people who can’t afford them. Sports teams have become key partners.

human-I-T was conceived at a Best Buy in Colorado in 2011.

“Our founder, James Jack, saw a wealthy-looking gentleman bring in a high-end computer with a virus,” related Adam Sharma, Business Development Executive with the company. “The man was unwilling to spend more money to fix the computer, and the Best Buy rep excitedly told him about their recycling program. When the man handed over his computer, the Best Buy employee dropped it into a bin, and everyone in the area heard it break against the other items. James, an IT consultant, was there to have his budget computer fixed and would’ve loved to have been able to afford the high-end computer. He thought ‘this computer should not be thrown away or recycled — it should be fixed and given to someone who can’t afford any technology.”

Jack shared his idea that would both reduce the “digital divide” and the amount of waste in landfills with his friend Gabe Middleton, who was preparing to take the LSAT’s on his way to a career as a lawyer. Middleton thought it would make for a great nonprofit.

The company’s approach was and is simple: Take old computers, wipe them of all of their data, add a new operating system, and then donate them to low income households. Early equipment donors included airlines, hospitals, police departments and more.

human-I-T operates as a nonprofit which allows companies who donate equipment to earn a tax deduction. Sharma reports that the nonprofit also “applies for and receives grants for various programs and initiatives we run. We also sell what we consider ‘outlier technology’, items that are not useful for a household such as large copiers, networking equipment, audio-visual equipment and more.”

SPORTS: A WINNING CATEGORY FOR HUMAN-I-T

Sharma always felt that sports teams and venues would be a great fit for human-I-T.

“As a former ice hockey and football player and as a big sports fan, I had an understanding of how much tech can be involved in all of the operations related to sports,” said Sharma. “This goes from the obvious, such as displays and industrial equipment, to the not-so-obvious, like the computers that the sales and analytics teams work on and the servers on which data are stored.”

A cold call to the sustainability manager at Staples Center, home to the Los Angeles Clippers and Lakers of the NBA as well as the NHL’s Kings, got the ball rolling.

Beyond LA, human-I-T works with the Webster University Athletics Department in St. Louis and expects the sports market to be a growth market in 2020.

human-I-T publishes an ‘impact report’ that accounts for the environmental and the social impact that the devices provide.

In total, the nonprofit has collected 60,000 lbs. of e-waste from sports venues, starting with Staples Center in 2018. That translates to 600 tonnes of carbon emissions avoided.

Just as importantly, the items collected in partnership with sports teams and venues have connected over 160 low-income families to computers, high-speed internet, and digital literacy classes. This includes new versions of Microsoft Windows (since the data wipe removes the old version), MS Office, and two years of help desk support.

What about getting fans of partner teams to donate their e-waste?

Early results were less than stellar.

“We held a few small collection events with the LA Kings, but they didn’t go as well as we had hoped,” reported Sharma. “They took place in the summer, when hockey is far from the minds of even the most dedicated fans in LA, and were held at the team’s training facility and offices, as opposed to Staples Center, the venue with which most fans associate the Kings.”

Tweaking the timing and location of the fan e-waste donation events could lead to some important environmental and societal wins.